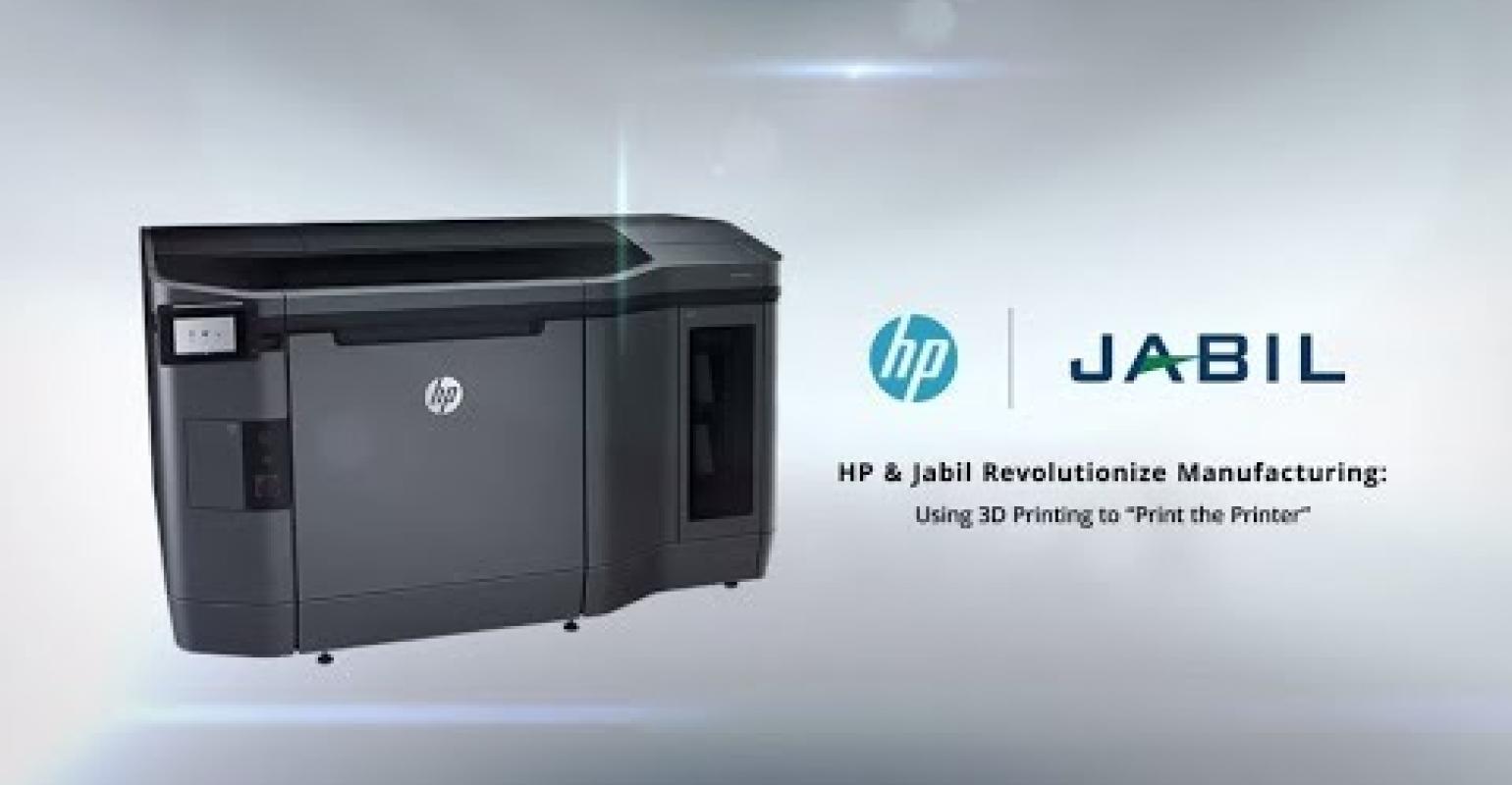 Jabil’s program is designed to increase manufacturing speed and agility while helping customers improve how they design, make, and deliver products. The goal of this cloud network is to help customers move manufacturing workloads to regions and into markets that make the most business sense while enabling product personalization.

Production Volume With No Inventory

One of Jabil’s customers is HP itself. Jabil makes parts for HP 3D equipment, including HP’s Jet Fusion 300/500 printers that comprise more than 140 parts. Jabil produces the printers using a combination of Multi Jet Fusion technology and the Jabil Additive Manufacturing Network. “We print HP printers as a kit, one printer at a time. It’s less expensive than creating inventory,” said Dulchinos. “The volume is in the thousands, but not 20,000 or 25,000. At that volume, it’s cheaper to create inventory. But if it’s just a few thousand, it less expensive to print a kit of parts for each printer. That way, you don’t have the cost of inventory. It’s extremely just-in-time.”

“Jabil’s digital thread fuels a growing footprint of 3D printers and additive manufacturing capabilities through localized production, consolidated supply chains, reduced costs, and faster time-to-market,” said Dulchinos. “Our network is a connective tissue that can scale globally to integrate every printer, facility, and work order across our enterprise. This is our vision of truly distributed manufacturing.”