HomeAutomationIoT: to DIY or Not to DIY
Recent
Automation
Novel 3D Printing Method Used to Replenish Coral Reefs
May 16, 2022
Volkswagen’s Electric Successor to the International Scout 4x4
May 16, 2022
The Music Is Over For Apple's iPod
May 16, 2022
Q&A With IndyCar Gearbox Expert Anna Chatten
May 13, 2022
POLL
Intel Unveils Trust Authority to Boost Security
May 13, 2022
Supplier News Looks at Highly Customizable Industrial Monitors
May 12, 2022
Here Technologies Maps are Key to Mercedes Level 3 Automation
May 12, 2022
'We Built the Domino's Pizza Tracker for Manufacturing'
May 12, 2022

IoT: to DIY or Not to DIY 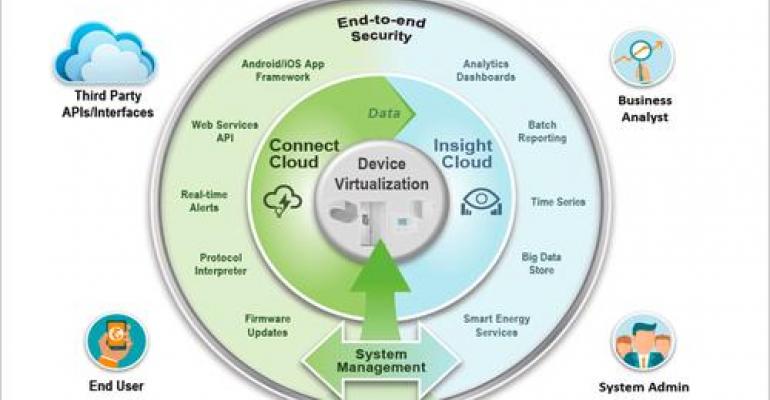 While that headline looks like acronym madness, what it really asks is whether you have to do it yourself (DIY) when it comes to the Internet of Things. The pressure is on for manufacturers -- both industrial and consumer -- to make their products connected. Samsung's CEO, BK Yoon, proclaimed that by 2020 all the company's products will be Internet connected.

Last week Jeffrey Immelt, CEO of GE, declared that all tech companies will have to become software companies. The idea is that the ability to manage data from products will make or break manufacturers going forward.

The IoT has arrived with the bluster and sky-high promises of the Dot-com era, and it shares a big question with that rush of new technology. Do you do it yourself or job it out to a service company? For many companies, the first instinct is to build a custom solution from the ground up, just as companies forged into website building early on. That solution requires R&D, testing, data management, and a sound security plan. Immelt suggests that's part of doing business in the Big Data era. 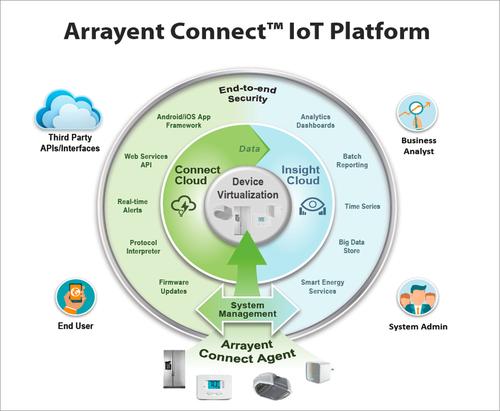 MORE FROM DESIGN NEWS: Is DIY Big Data the Next Big Thing?

The Arrayent Connect Platform was developed to help consumer product companies such as Whirlpool. "Almost every company making physical things has to think about how connectivity plays in their products," Shane Dyer, CEO of Arrayent, told Design News. "If you're a thermostat manufacturer and you're not making connected thermostats, you're out of business."

Dyer emphasized that the trend toward IoT connectivity came on fast, which left manufacturers scrambling. "Two years ago, IoT was stuck in R&D as a division. That shifted quickly," he said. "Now IoT has become a department in the C suite. Companies are trying to see how they play in this new world. It's like the Internet in 1998. They know they have to do it or be left behind."

MORE FROM DESIGN NEWS: The Internet of Things Isn't Waiting for Standards

The question of whether to DIY on IoT is both philosophical and practical. What is your core business? To make washing machines or run a data connectivity platform? GE's Immelt suggests the answer is both. Yet many companies are not prepared to launch a major data management initiative. "In this environment, there is a question of whether the company's core competency is with the product or with worldwide cloud connectivity," said Dyer. "Is your competency in creating communication software that lets customers know if they've left their stove on -- if you're Whirlpool -- or if the garage door is open -- if you make garage door openers?"

Dyer asks whether companies are prepared to build the infrastructure from scratch. "Are you going to start an R&D group and hire all kinds of engineers who are skilled in running services that connect hundreds of thousands or millions of objects?" he asked. "One of our lighting customers was able to put devices on shelves in 30 markets in five months because they used a platform."

The management of data is implicit in the IoT. Creating the hardware connections may be the easiest part. The difficulty may lie in the ability to use the incoming data in an effective way to bring customers closer and improve products. "The data can help companies make better decisions. That's the number one reason for the IoT," said Dyer. "The stream of data from devices in the field is a fire hose, and you need tools to understand it."

Security is another major issue. Whether companies develop their own IoT platform or use service companies with existing platforms, security is a world of dangers. "With almost every connected product you have to think about the security of the devices," said Dyer. "The biggest danger is that early software may overlook security that can damage the brand. We go through five or six security audits to make sure the core system is protected."

The solutions that came out of the Dot-com era were mixed. Some companies jobbed out their web services while others such as Wal-Mart became Internet experts. Relying on the wrong web services company can be trouble -- the disastrous roll-out of the Affordable Care Act is a famous recent example. Yet the DIY route may require a deep investment in technology expertise, and that could make a service platform look attractive.