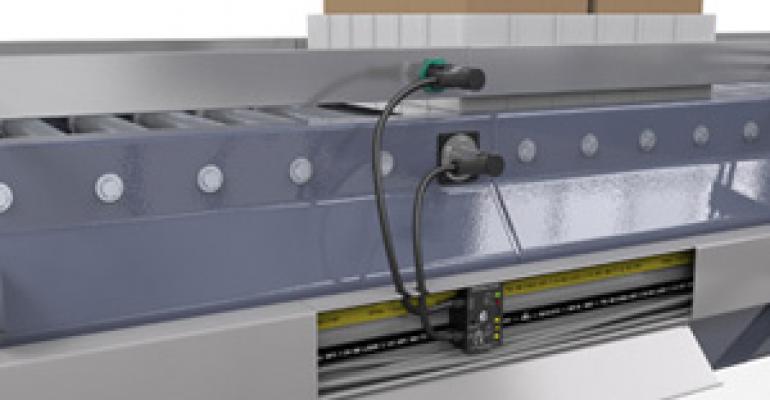 "A lot of AS-Interface connections are done in cable trays. Now you can take the module, clip it into the cable and place it in the cable tray," says Helge Hornis, Manager Intelligent Systems for Pepperl+Fuchs. "There is no need to mount a module anymore which is a significant simplification in applications where it fits."

Five years ago, Pepperl+Fuchs designed a line of passive devices to connect different AS-Interface cables, or convert from a flat cable to a round cable and add devices. The design enabled all types of passive splitters, and the line has been extremely successful. From a mechanical point of view, the design is unique. There is a one-piece cover that the user flips over to open and insert a cable, and then closes it and tightens the screw to secure the connection.

"It became obvious that this housing concept is nice, so we discussed the advantages of using this same concept for an actual module with electronics in it," says Hornis. "By altering the mechanical system using the flip mechanism and slightly increasing the size of the housing in one direction, the housing is tiny but big enough for the power electronics. That is, in a nutshell, what the G10 module line is all about."

A typical AS-Interface module has four inputs, or four inputs and four outputs. The G10 has two inputs, or two inputs and one output. As a result, targeted applications have low I/O density needs and where the devices are highly distributed.

In conveyor applications, for example, manufacturers commonly set-up sections that may be 10' long, and each section has a motor. Often, there is a sensor at both the exit of one section and the entry into the next section. Between the two conveyor sections, there are two sensors and the need to control the motor which is exactly what the G10 is designed to do.

"We can turn on/off a motor and sense both when an object goes past the end of one section and enters the next section," says Hornis. "Previously, a user would mount a four input module and run sensor cables or cord sets over various distances. With this design, there is a one meter M12 pigtail on the module, the module is placed close to one of the sensors and you're done."

The G10 is a full-featured AS-Interface module, so it has all of the normal features in terms of diagnostic LEDs, input/output indicators and IP-68/69k protection. The key benefit is that there is no additional M12 connection or cord set required.

Another application is packaging where OEM machinery builders are concerned about the visual appearance of machines and don't want them to look cluttered. Many of these machines don't have a high number or concentration of sensors, so by routing the AS-Interface cable and connecting the G10 module, sensors can be easily implemented without mounting an I/O module and installing the cord sets required to utilize those modules.

"With a four input module, it is wasteful if you only utilize two sensor inputs," says Hornis. "For applications where the G10 fits, especially low I/O count and distributed operation, this is a solution to a previously difficult to solve problem. In the right circumstances, it will make the engineer's job easier."

The G10 also includes many of the features found in the G11 family introduced in 2010. The design uses the same concentric seal contours around the gold-plated piercing contacts, along with the rugged housing material (PBT) and center stainless steel mounting screw.

IP68/69K rated modules are advantageous in many applications because they provide mounting flexibility. When the housing material exhibits a high degree of chemical resistance and is mechanically well-designed, dripping water, frequent washdowns and cleaning with harsh chemicals are of less concern.
0 comments
Hide comments
Related
You Might Like