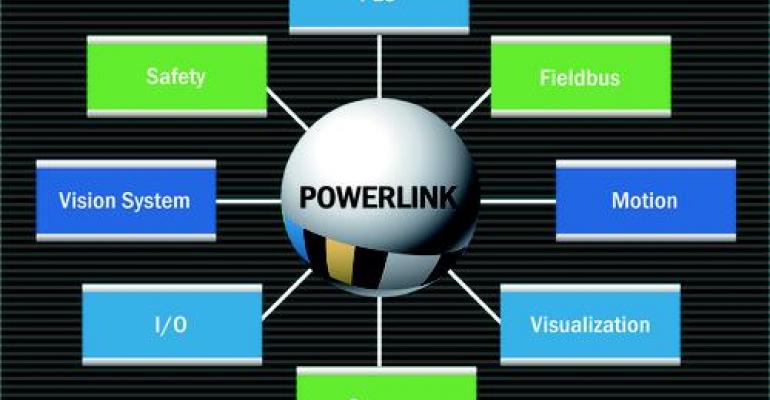 As we are on the cusp of the Industrial Internet of Things and its extensive connectivity potential, one organization believes that industrial machinery and components can communicate data rapidly and reliably among themselves, system controllers, and ultimately to their human overseers via an open-source, software-based Ethernet communication standard. 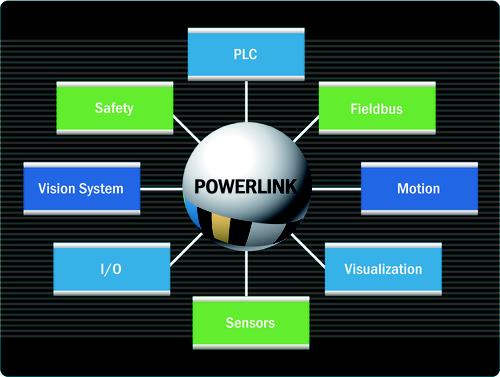 B&R formed EPSG in 2003, and Powerlink has been available since 2008 as downloadable, patent-free software.

EPSG has hundreds of members, counting mostly machinery and component OEMs and processing companies. Members test and certify Powerlink for their equipment (Powerlink meets IEEE 802.3 standards for Ethernet networks). Access to the software, though, is not restricted -- any company can download it from sourceforge.net for free.

What this means, according to Sari Germanos, technology marketing manager at EPSG, is machinery and device manufacturers and plant operators can readily build broadly interconnected, real-time automation networks using Powerlink.

Germanos, who is also business development manager at B&R, believes Powerlink has broader potential. B&R, alone, manufactures 1.2 million PLCs equipped with the communications technology, and the company is the fourth-largest PLC maker in the world.

Powerlink got a major boost in 2011, when China's national standard GB/T 27960-2011 recommended it for the country's huge machinery industry.

Germanos said OEMs that use the software can instantly communicate with Powerlink-enabled devices. "Everything works right out of the box," he said. "There is no need to license code, pay royalties, do paperwork, or involve lawyers."

Powerlink connects up to 240 nodes per network. Each network, in turn, can be connected and synchronized in an infinitely expanding capability.

MORE FROM DESIGN NEWS: What Industrial Companies Must Do for Effective IIoT Telemetry

Among the benefits of Powerlink for are more effective remote diagnostics for machinery OEMs, detection and correction of problems for plant operators before they cause unscheduled downtime, and more productively (and profitable) process lines.

Germanos said the protocol is effective for all types of manufacturing and can be used on almost all types of equipment. As long as PLCs need to connect to remote I/O devices, Powerlink is good to go, he noted.

Germanos will deliver a presentation on the Powerlink technology, called An Open Source Approach to Combining IoT with Real-time Machine Control, at Design & Manufacturing Canada, a Design News event that will take place June 16-18 in Toronto. It is part of a series of educational conference sessions on smart factories of the future.