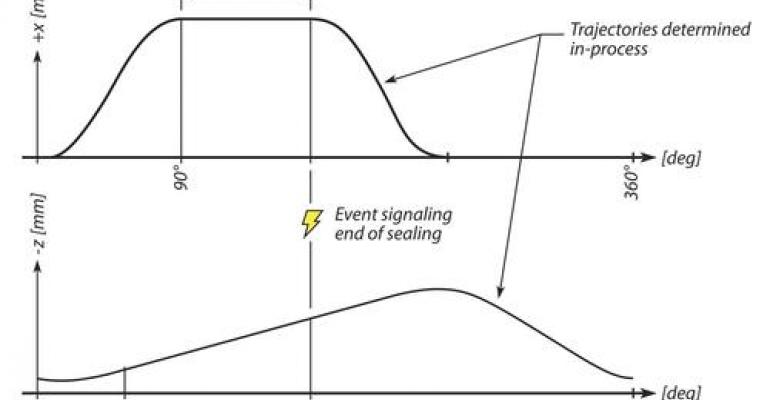 Servo motors have largely replaced mechanical cams as the standard for meeting the motion demands of the automation industry. The reasons are well-known; mechanical simplicity and system configurability are the two most common benefits, but improved synchronization, ease of machine servicing, and elimination of wear parts are important as well.

Still, even when not physically present, mechanical cams continue to influence the way system designers approach machine-building and program automation systems that use electronic cams and associated cam tables. Packaging machines, for example, often require repetitive motions and the cam paradigm works well. However, in many situations, machine designs fail to take full advantage of process information already present in our system because machine operation is repetitive when it could be adaptive. 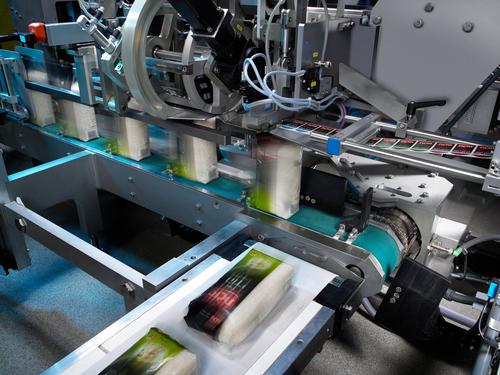 New segment-based cam technology can help in these applications by implementing adaptive strategies that incorporate event handling directly into the cam profile's object definition and define segments based on synchronization constraints.

Let's compare the traditional, cam-based model to the event-driven model with a common example from the packaging world-the vertical form-fill-sealing machine (VFFS). With a dynamic sealing mechanism typical of a VFFS machine, the mechanism travels together with the film as it is fed downward during the sealing operation. After the sealing operation is completed, the jaws open and the mechanism returns upward to its starting position for the next cycle.

Cam model: Following the cam paradigm, we might approach our programming task by predefining the x and y motions of the mechanism via cam tables. Here the motions would be defined according to our knowledge or assumptions of the process requirements. It's also possible to predefine a sealing time of 150 ms, for example, and define cam profiles based on the current machine speed accordingly.

This method might be acceptable in situations where the sealing process was reasonably consistent. In case of format or process changes (longer bag length or increased sealing time), cam tables could be recalculated to accommodate the new requirements, but these changes could not be realized during the current machine cycle. At best, the new motions would be loaded into a memory buffer and would be available for activation only in later machine cycles. Also, abrupt changes in film feed speed could result in over-sealing or under-sealing.

Event-driven model: Suppose instead that the machine can monitor the sealing process, for example, by means of a thermocouple mounted to the sealing surface or an external timer, and broadcast when this process was complete. Optimally, the system would immediately open the sealing jaws and return to its start position in preparation for the next cycle. Doing so would minimize total travel, resulting in lower average velocities over the machine cycle at a given machine cycle rate.

This scheme requires that the motion be defined with a certain amount of built-in flexibility. First, the system must be able to respond to the external event itself and also be able to compensate in-process to the variability implicit in any event-driven scheme. In other words, the motion plan must be able to adjust automatically regardless of when our trigger event comes. Traditional cams cannot realize this optimization, since changes to the cam motions only take effect in later machine cycles.