The choice between helical and spur gears in gearboxes may seem straightforward. Go with helical gears if you want the gearbox to run as smoothly and quietly as possible. Choose spur gears when you need to maximize the gearbox's torque density or working life under higher loads. 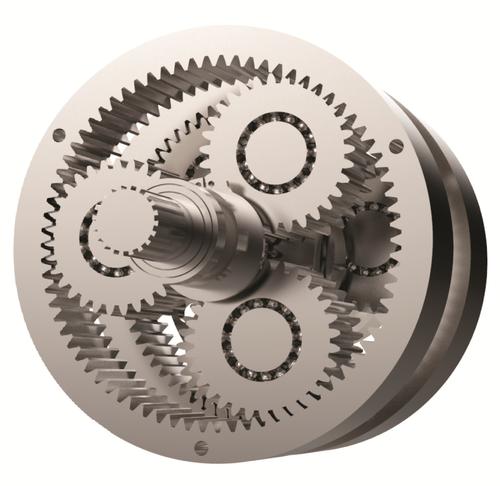 Here's what you need to know to make the right choice:

As you might expect from their different mesh geometries, spur and helical gears have very different loading characteristics. With their zero helix angle, spur gears lack an axial load component. And they suffer from very little sliding tooth contact.

Helical gears, by contrast, generate significant axial forces in the gear mesh. They also exhibit more sliding at the point of tooth contact, adding friction forces into the mix.

Helix angles in gearboxes usually fall in a range of 15 to 30 degrees. As the angle increases, both the axial forces and sliding contact increase.

The main reason for using helical gears is the increased number of teeth in contact at any given time, which is a fundamental requirement for smooth torque transmission. With their
increased contact ratio compared to spur gears, helical gears have a lower fluctuation
of the gear mesh stiffness.

Since they don't need to withstand any axial forces, spur gear bearings play just a supporting role in the functioning of the gearbox. The bearings simply need to support the rotating gear shafts, but they do not play an active role in torque transfer.

The presence of axial forces makes things very different for the bearings that support helical gears. But it's important to make a distinction between fixed-axis and planetary gearboxes. In fixed-axis gearboxes, the additional axial forces amount to little more than an inconvenience. Gearbox designers will often upsize the bearings to accommodate the additional forces.

Or, in extreme cases, they may select angular contact or tapered roller bearings, both of which are designed to withstand axial loads. 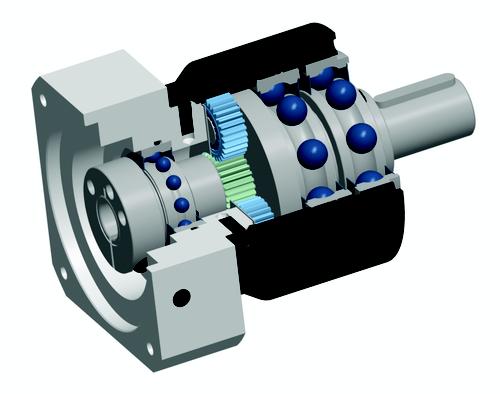 Space limitations within planetary gearboxes mean that the planet gear bearings must be chosen more for their size than their tolerance for high axial loads. (Source: Neugart USA)

MORE FROM DESIGN NEWS: Lamborghini Busts Out a Plug-In Hybrid, the Asterion LPI 910-4

And Here Is the Difficulty

The limited space within planetary gearboxes means that the bearings used for the planet gears must be chosen more for their size than their tolerance for high axial loads. In general, compact needle roller bearings are the most common choice in these settings.

Needle roller bearings do a good job with radial loads that are evenly distributed along the length of the needle. But they don't handle axial loads well.

In planetary systems, the direction of the axial force in the sun-planet mesh opposes that of the force in the planet-ring gear mesh. So the planet sees significant tilting moment defined by the axial force times gear pitch diameter. This tilting moment creates an uneven load distribution along the needle rollers, drastically lowering the bearings' load carrying capability and lifecycle.

Loads on the roller bearings will vary, depending on their position around the shaft. Moment is about the Z-axis, and units are in inches and pounds. (Source: Neugart USA)

Planetary gearboxes based on spur and helical gears both have their place, which is why several manufacturers offer both kinds. Just be aware that the smooth, quiet nature of helical planetary systems come at the expense of load capacity and torque. We've been able to optimize the design of our needle bearings to some degree, helping offset some but not all the load and working-life penalty.

So the best advice on gearbox selection is to favor helical planetary gearboxes in noise-critical applications such as medical equipment, lab automation systems, and printing machinery. When low noise is a primary concern, you can often upsize a helical gearbox to reach the desired torque and lifecycle requirements.

But upsizing the gearbox drives cost. So if noise doesn't matter as much, you'll be better off with a spur gear planetary gearbox that will deliver higher load capacity and longer life in a smaller package.

Thomas Osygus is Product Manager at Neugart USA. Originally a trained tool and die maker in Germany, Thomas worked with Lenza and Rollon before joining Neugart in 2014. He holds a degree in industrial engineering from Montclair State University. For more information on Neugart gearboxes, visit www.neugartusa.com.