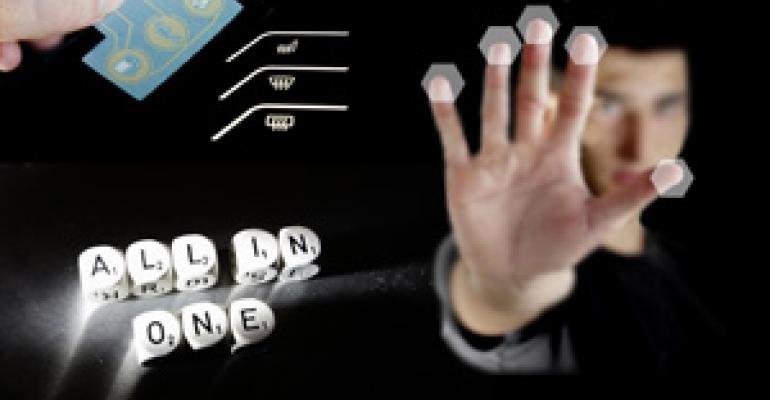 Electroactive polymers can now be used in controllers for gaming devices, allowing users to feel mechanical movements that correspond to actions in the game.

"The gaming industry is showing tremendous interest to start introducing this to bring a new level of reality to games," says Dirk Schapeler, CEO, Artificial Muscle, Inc. of Sunnyvale, CA.

Gamers can feel dice rolling around, simulating action on a screen or feel a tactile sensation when a ball hits a wall or falls into the holes of a labyrinth. The devices are called "haptic" actuators, referring to sense of tough transferred to a user.

The technology is based on a thin layer of dielectric polymer film placed between two conductive electrodes. A voltage is applied across the electrodes, causing the electrodes to attract each other. This triggers a contraction in thickness and expansion in surface area. The electrical energy is transformed into mechanical movement without any friction losses, such as those in electromagnetic motors, enabling the design of highly energy-efficient systems.

Forty-six patents have been issued to cover the technology.

The technology was developed by scientists at SRI International who say they began looking at pre-strained electroactive polymers because of cost or mechanical limitations with other materials than can transform electrical energy to mechanical energy. These include piezoelectric ceramics, such as lead zirconium titanate (PZT).

Key properties for polymers that work well as dielectric elastomers are high electrical breakdown strength, a low modulus of elasticity for large or small deformations and a high dielectric constant.

Polymers described as suitable by SRI in another patent are CF19-2186 silicones from NuSil Technology; HS3 silicones from Dow Corning and 4900 VHB acrylics from 3M Corp.

One of the most common applications for electroactive polymers is in robots. That's why the technology is often referred to as artificial muscles. They can also be used as actuators and sensors in other fields, such as small pumps in medical devices.

AMI offers two versions: a Moving Touch Sensor Design and a Battery Shaker Design. The Moving Touch Sensor Design uses a Reflex HIC Actuator to provide a direct tactile response to the user by moving the touch surface. The HIC can be mounted to the back of the touch sensor or the LCD. The thin profile is designed to add minimal thickness to the LCD and touchscreen stack.

The Battery Shaker Design uses a Reflex HIC Actuator to move the battery as a mass to provide feedback that can be felt in a user's hand. This provides the same haptic feedback as the Moving Touch Sensor design, but does not require the complexity of external moving parts.

"Industry research indicates that gamers place greater value on haptics in games with more high-fidelity effects per second," Schapeler says. "With our technology you can do more than just button clicks, you can create a realistic feeling into games to heighten the user experience."
TAGS: Materials
0 comments
Hide comments
Related