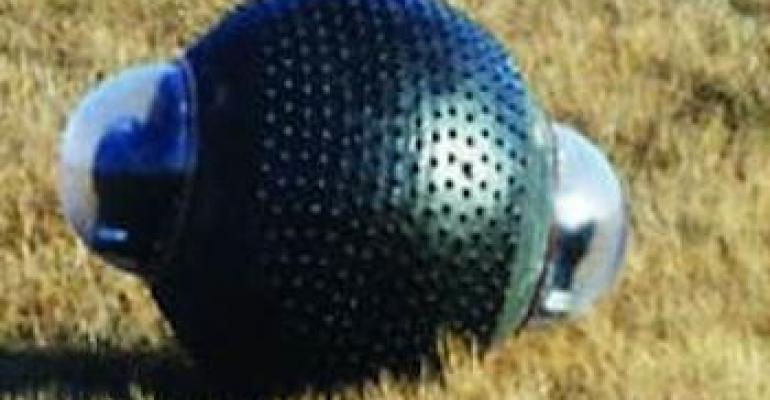 The need for unmanned security has reached a point that goes beyond stationary cameras and alarm systems. This has resulted in numerous companies developing security robots that offer greater motion and, therefore, greater capabilities to provide security to the general public. Each new system offers its own benefits and drawbacks based on its design. The ability to operate over any terrain appears to be a major factor. 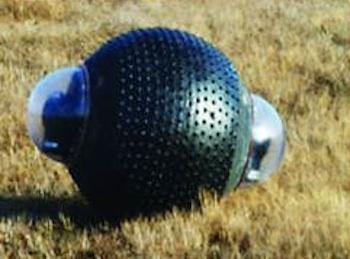 The company's Guardbot is a robotic mobile platform that not only hosts cameras to feed back live images, but also includes ports for other sensors to feed back information and data of all types. The unit incorporates two HD cameras that are gimble mounted for free and stabilized movement inside the device housing. Each camera can rotate a full 360 degrees, and offers pan and tilt movement of 180 degrees. The Guardbot can also carry audio, EO/IR, radar, or broadcasting equipment as part of its payload. Motion is accomplished through the use of a direct-drive mechanism, which is controlled from an operator's control unit or other remote device.

As a mobile sensor platform, the Guardbot combines land and water functionality with dual payload capability (two data streams). The Guardbot system is designed for non-intrusive surveillance enabling inspection as well as identification of objects. The patented drive-mechanism uses a motorized pendulum to propel the Guardbot by changing the center of gravity for back-and-forth movement, as well as 360-degree turns. Acceleration and deceleration are fast and smooth on land. Guardbot moves discreetly and can sleep until alerted for duty.

American Unmanned's Guardbot system is shaped like a ball and stands about 22 inches high. The Guardbot's spherical shape is formed by molding a fiberglass shell, then assembling all parts, including domes, together as a single, sealed unit. The two cameras incorporated into the design are mounted on opposite sides of the Guardbot and are sealed as well through the use of a transparent polycarbonate plastic covering. The main surface of the ball is wrapped in vulcanized rubber with molded-in studs for easy gripping of any surface. Because the entire Guardbot system is sealed and waterproof, it can be used in any weather and can float over water as easily as it moves over land.