Great Courses Offers All You Need to Know About Robotics 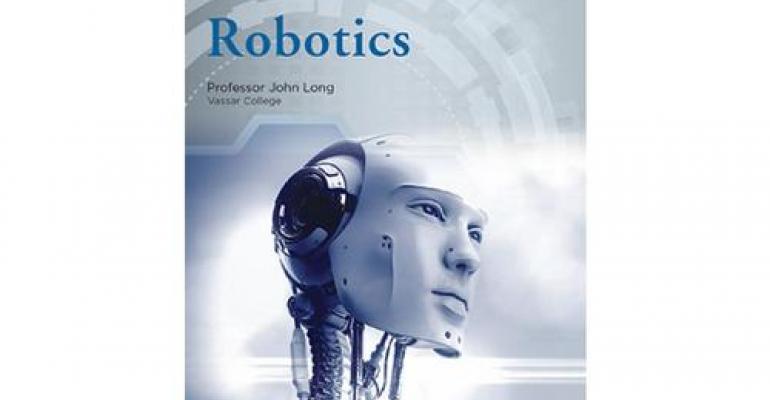 Online lecture and course library The Great Courses is now offering its own program on robotics. The Robotics course offers 24 half-hour lectures on robot technology by John Long, professor of cognitive science at Vassar College. The course offers a view of what’s happening now in robot development and covers a wide swath of robotics deployment, from medical to military. 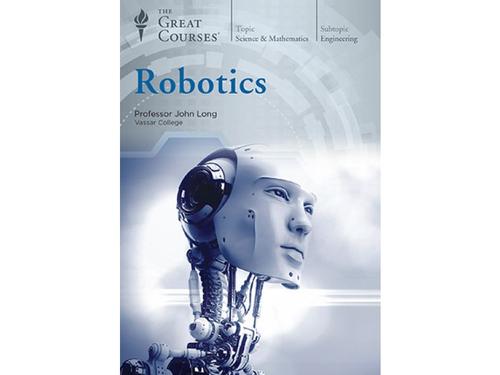 Great Courses created Robotics as part of an effort to cover emerging technology. “This course is part of an ongoing strategy to create more courses in cutting-edge areas of science,” Ed Leon, chief brand officer of The Great Courses, told Design News. “This topic has begun to reach a crescendo in the news press in terms of how robotics is affecting nearly every aspect of daily life, as well as being a flashpoint of debate regarding its implications for productivity, economics, jobs, and scientific breakthroughs.”

Long's lectures spend less time on the history of robots and the future of robotics. Instead he focuses on developments we’ve seen in recent years. In that approach, Robotics is very comprehensive, examining a wide variety including swarm robots, hospital robots, neuroprosthetics, as well as underwater robots. He also spends considerable time looking at the technology behind robotics, from sensors and actuators to controllers and programming. All in all, a pretty tidy overview in 12 hours.

MORE FROM DESIGN NEWS: US and Japan Will Fight in a Giant Robot Battle

Leon believes Robotics will be used to gain a better understanding of where robotics is now and how it will affect human life in the future. “The time had come to create a comprehensive course teaching what robotics is, how it is being used and even how we should think about its future role in civilization as a whole,” said Leon.

The course, which was released last month, comes on four DVDs and is also available in streaming. The cost of the program ranges in price from $169 (Amazon) to $269 (Great Courses site) depending on outlet.

Rob Spiegel has covered automation and control for 15 years, 12 of them for Design News. Other topics he has covered include supply chain technology, alternative energy, and cyber security. For 10 years he was owner and publisher of the food magazine, Chile Pepper
0 comments
Hide comments
Related