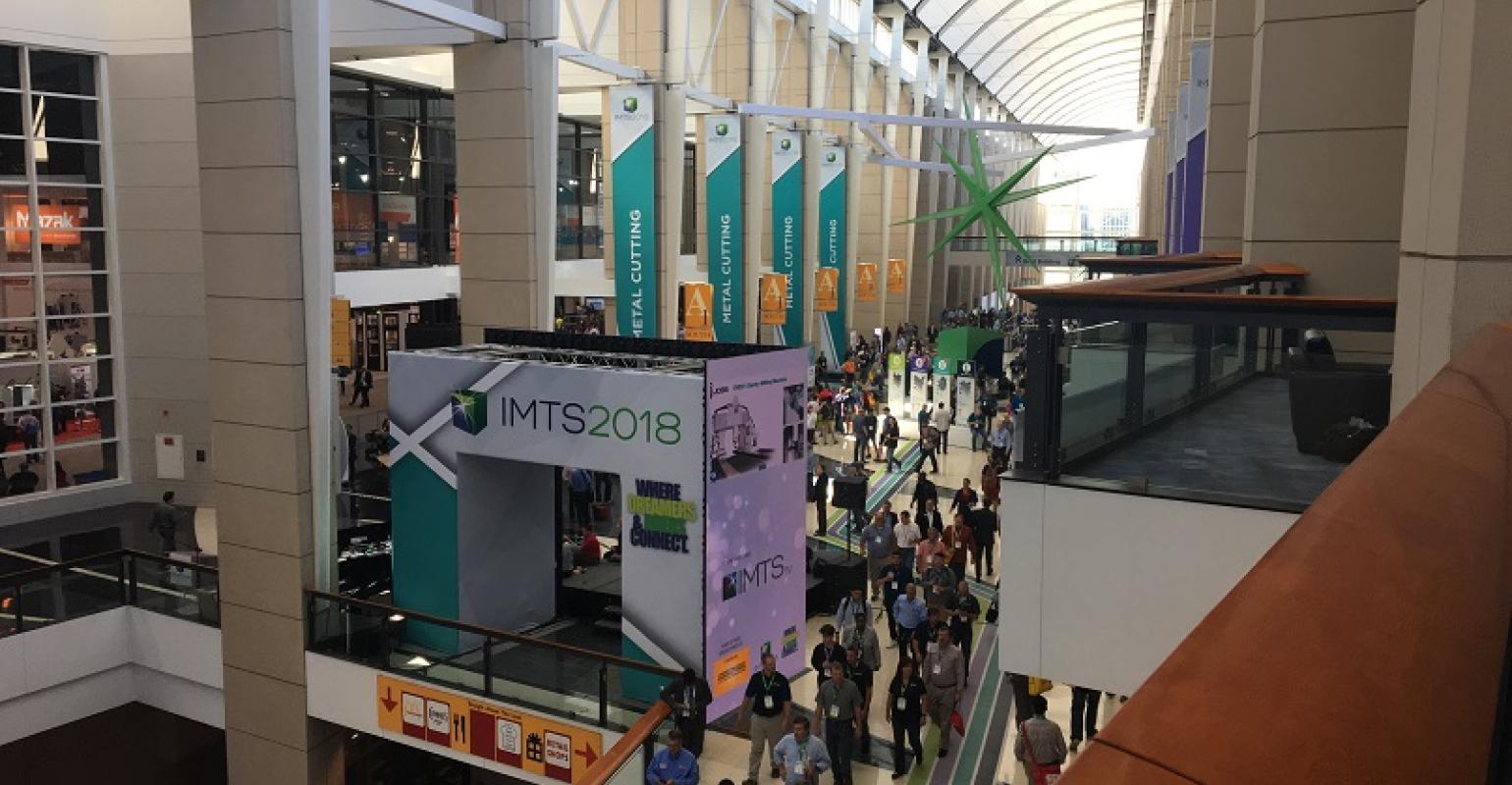 The International Manufacturing Technology Show in Chicago displayed smart manufacturing as ready for integration and available to all.

Smart manufacturing no longer belongs to the edgy future. It’s commonplace and integrated. The mammoth International Manufacturing Technology Show (IMTS) in Chicago last week was dazzling in the absolute everydayness of smart tech. In manufacturing, we apparently have caught up with the future. This moment reminds me of the time in the late 1980s when all my non-tech friends suddenly owned PCs. Or that time in the late '90s when those same tech neophytes were all connected to AOL.

I don’t know if every shop floor now deploys robots, predictive maintenance, IoT, 3D printing, generative design, or mobile dashboards that display every aspect of the manufacturing process. But if they don’t, it’s not because the technology is not available, easily usable, and relatively inexpensive.

The show was really big: 130,000 attendees walking around four multi-floor buildings that house 2,400 exhibitors across 3.3 million square feet of exhibit space. IMTS now also includes Hannover Messe USA, which claimed 130,000 of those square feet. And all of that space and all of those exhibitors were showing advanced manufacturing technology.

Aside from the show's massive size, it was the commonness of the technology that dazzled—the quick and deep acceptance of production 3D printing in the world of robots and Internet connectivity. In a report out this week, ABI Research claims that “the landscape is set for the next American Industrial Revolution.”

Based on IMTS, ABI points to several emerging technologies that look set to enable manufacturers to develop competitive markets, including:

Stuart Carlaw, chief research officer at ABI, noted, “Some of these technologies will enable the democratization of automation down into the small and medium-sized enterprises. This will have significant impact on gross domestic product and national output.”

This year, IMTS showed that we’re off to the races on getting smart technology into the hands of nearly every manufacturer. Last week, I saw the future crash into the present.