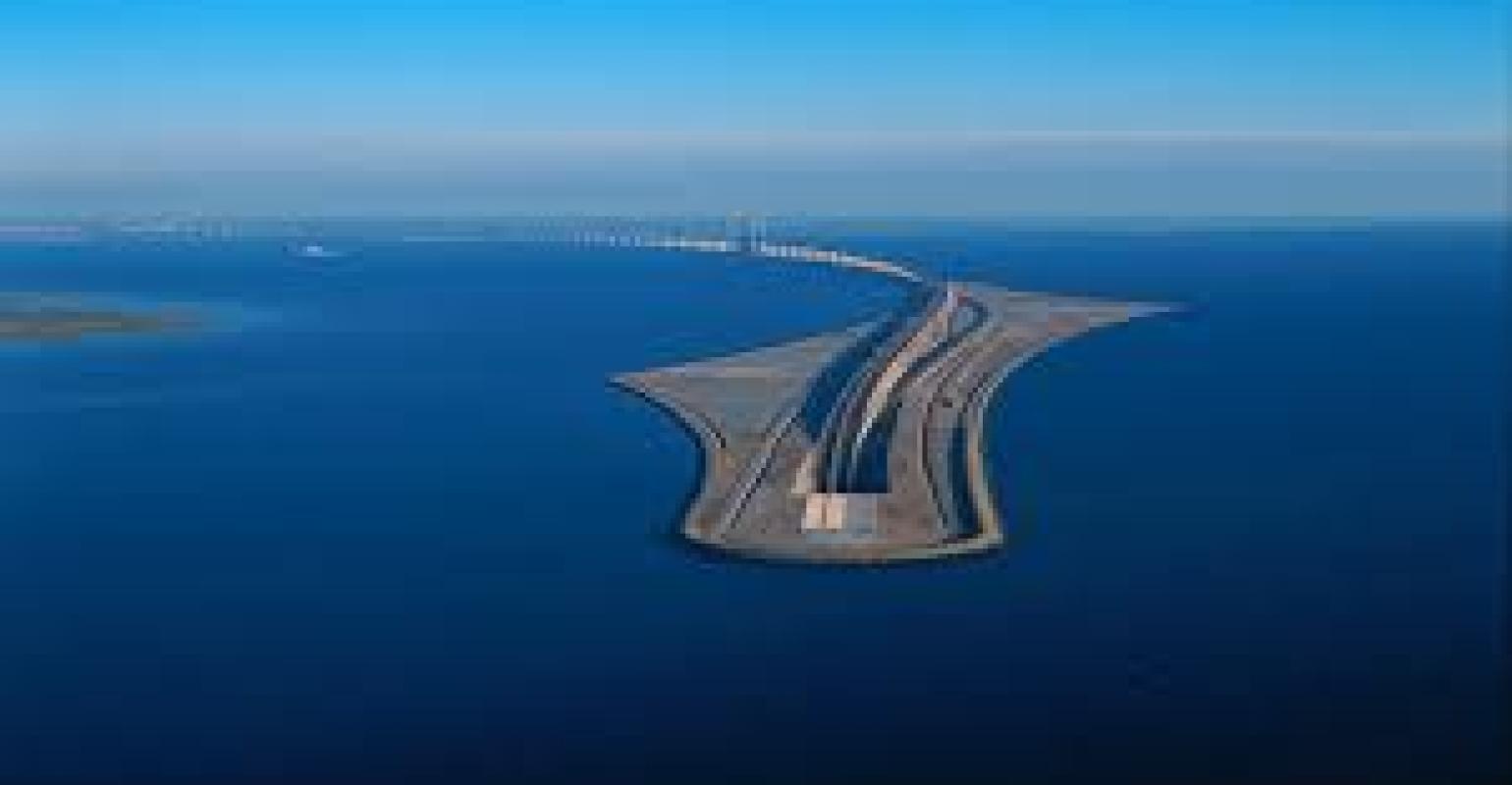 The Öresund Bridge that connects Denmark to Sweden seems to just disappear halfway across the strait. It actually dives underwater.

Today’s Friday Funny isn’t hilarious so much as it’s amazing. Here’s a bridge that just vanishes into the water.

The Öresund Bridge is located across the Öresund Strait in the most southern portion of Sweden and Denmark. It’s the longest combined road and rail bridge in Europe, which connects two major metropolitan areas: Copenhagen and Malmö.

The bridge, which is 5 miles long, runs through to an artificial island and then transitions into a tunnel for another 2.5 miles. It’s an award-winning double-track railway and motorway that made its official debut in July of 2000.