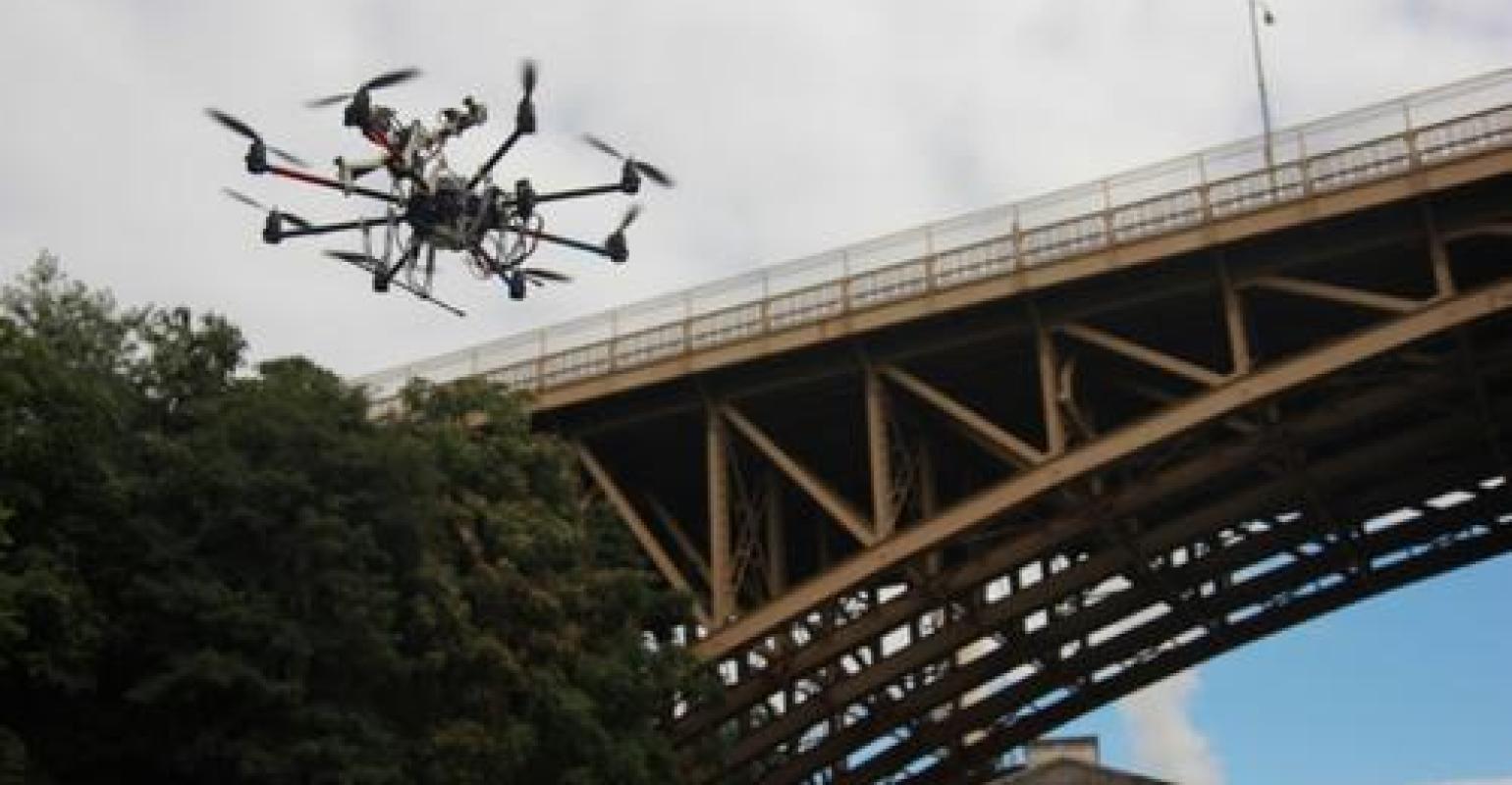 A flying robot developed by researchers at Carnegie Mellon University will help inspect buildings and other infrastructure like bridges and dams, so human engineers won't have to do the dangerous parts of the job. The data collected by the autonomous micro air vehicles (MAVs) using 3D imaging and mapping technology will also improve human analysis.

The project, called Aerial Robotic Infrastructure Analyst (ARIA), is being managed by the university's Robotics Institute. The Institute is working with the university's Civil and Environmental Engineering department, together with the equivalent department at Northeastern University. A grant from the National Science Foundation's National Robotics Initiative is funding the project. The concern is that America's infrastructure is deteriorating at an alarming rate, and existing methods aren't up to the job. 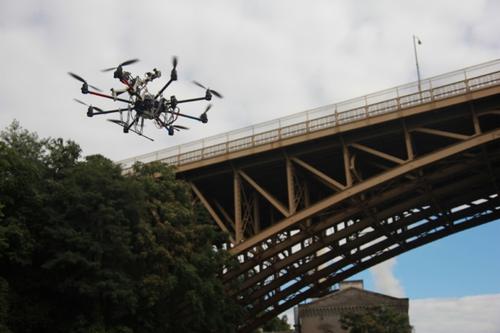 The ARIA MAV platform is designed to quickly and comprehensively model and analyze infrastructure, according to the project's website. It consists of a custom-designed octo-rotor MAV with specialized imaging abilities. These are a combination of video cameras, often used by other MAVs doing building inspection, in addition to some more unusual, targeted technology. A lightweight, single-line, rotating laser scanner provides low-resolution but accurate 3D measurements at distances up to 30m. This is supplemented by two front-facing stereo video cameras and an upward facing, wide-angle, high-resolution inspection camera. A GPS and an inertial measurement unit provide relative and absolute position estimates.

All this technology allows the construction of a comprehensive 3D virtual model of the infrastructure that can then be used for automated or semi-automated inspection and analysis. Constructing an immersive virtual representation of the infrastructure with 3D imaging and mapping technology helps human inspectors orient themselves accurately, and then accurately locate and understand flaws and trouble spots. Related technology is used by the military for situational awareness on the battlefield.

The models are created by transforming a 3D point cloud map into a semantic, component-based model, analyzing it visually to identify defects, converting the semantic model into a finite element model (FEM), and simulating the results for structural assessment. The integrated infrastructure model (IIM) that results will connect the robot's observations with inspection algorithm outputs, a component-based model, and the structural analysis FEM.

Current methods for inspecting US infrastructure -- such as bridges, buildings, and electrical towers -- don't provide all this information. They're also expensive, dangerous, require specialized equipment, and produce results that can't be compared over time and are subjective. The ARIA project will produce an objective record of the structure that can be revisited by many people, and can be compared with previous records created in the same way.

The MAV is designed to accompany a human inspector, collecting 3D data and close-range images of the structure's critical components. The inspector can send the robot to certain problem areas for additional imaging, and can track the progress of corrosion or cracks, for instance, over time.

The team will present some of its findings at the 33rd International Symposium on Automation and Robotics in Construction, July 18 - 21, in Auburn, Ala. According to an article in the Pittsburgh Business Times, CMU researchers say a prototype of the ARIA MAV has already mapped a small bridge, and will tackle a larger one this fall. The grant is slated to end next year.