The Evolution of Entertainment Engineering 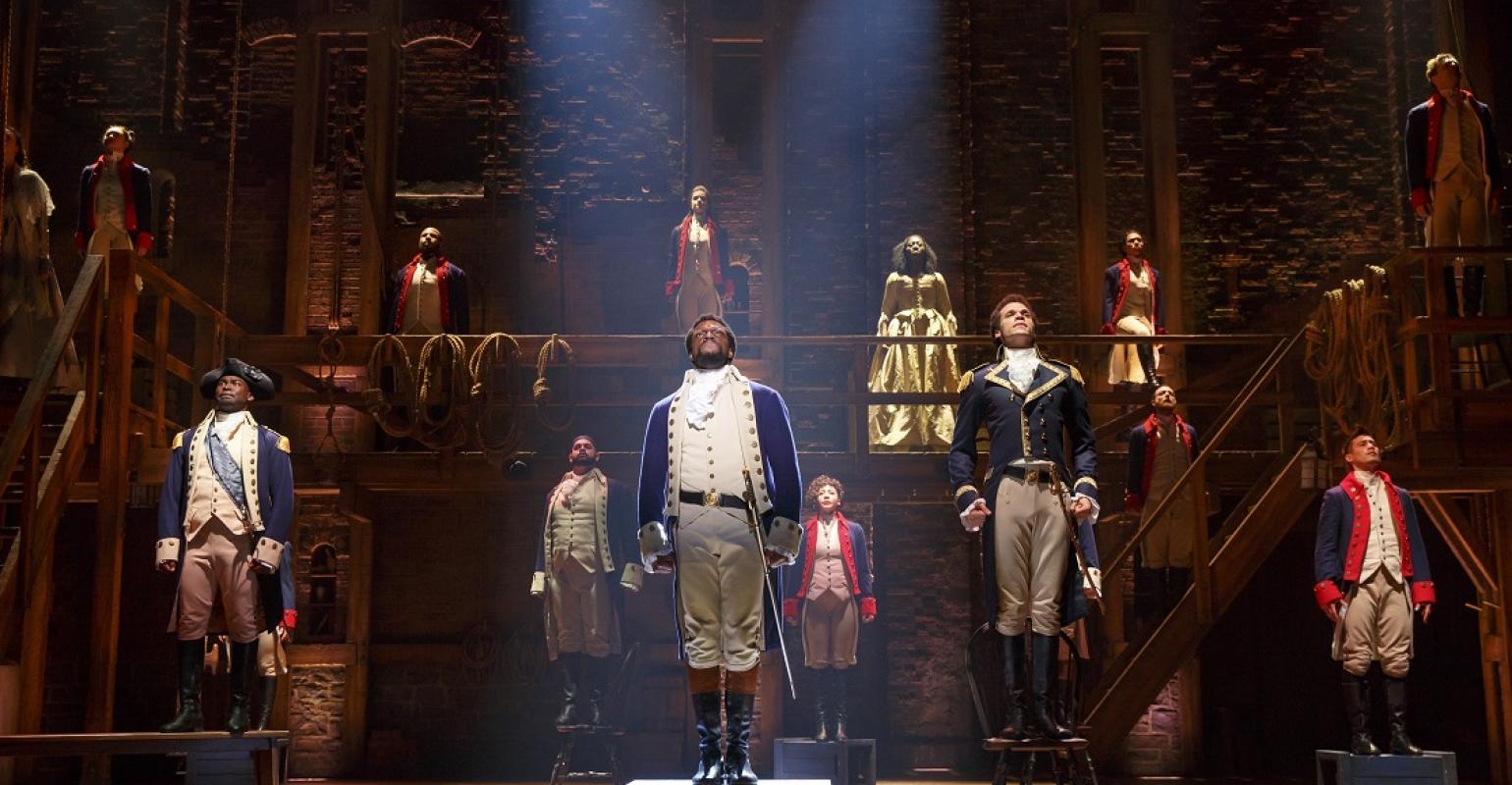 PC-based controls are continuing to make a mark on entertainment applications. The platform has a long history of providing performance and flexibility, but is now also evolving to bring additional technology for productions such as Hamilton, lobby theaters for resorts, and controls used in the 2017 America’s Cup.

Cost-effective automation systems are setting the stage for theater and show applications of all sizes based on the experience of Hudson Scenic Studio. Hudson serves Broadway productions such as Aladdin, but also supports stage and show technology for customers of all sizes.

According to Chuck Adomanis, senior engineer at Hudson Scenic Studio, enabling a high level of special effects necessitates robust operation both from mechanical equipment, software, and automation technology. Systems are typically embedded into scenery and structural elements using a wide range of motors, drives, cabling, and other components. Behind the scenes, large control cabinets house the automation and control systems for the show, enabling staff to navigate the complexities of the automation system using a proprietary HMI software interface.

To control all of the complex moving parts in a large-scale theatrical production, Hudson uses  embedded PCs from Beckhoff Automation with 1.5 GHz Intel Core i7 dual-core CPU, as well as several CX5100 embedded PCs with Intel Atom processors with up to four cores. Seven-inch CP6606 panel PCs with ARM Cortex-A8 processors are used for testing effects before implementing them in the field.

Adomanis explained the need for a variety of controllers: “Each of these devices acts as a primary system controller, running PLC, NC, and HMI software as the main controls device in our automation systems. The highly scalable range of controllers allows us to choose the right performance level for the job, and helps mitigate cost for customers.”

Automated theatrical productions also rely on a wide range of PC-based automation and motion control solutions including software tools, I/O and HMI solutions. Another beneficial product used by Hudson Scenic is the EL6070 License Key Terminal for TwinCAT. Since downtime isn’t an option for theater applications, in the event of damage to devices, the ability to swap out a controller, transfer the license key via the I/O terminal, and get back up and running in minutes is vital.

Adomanis said that with a previous PLC motion system, scan times were higher than 20 milliseconds for PLC commands and motion control ,but now they have been reduced to 1 or 2 milliseconds. EtherCAT networking and TwinCAT software solutions together are enabling real-time, microsecond-level deterministic I/O communication that was not possible in the past.

Another new PC-based control application, which adds another focal point of fun for guests, is how Great Wolf Lodge lobby areas now include high-tech theaters with automated on-screen components and animatronic character elements choreographed together with animated cartoon programming.

As a first application developed by LA ProPoint to use PC-based control technology, the lobby installations balance AV and animatronic functions in a cost-effective way. The show is based on Great Wolf Lodge’s merry crew of singing and dancing woodland creatures. Its Northwoods Friends lobby show is divided up into sequences with two main acts and an intermission segment, which acts as a screen saver.

The PC-based control platform includes a panel PC (1.46 GHz Intel Atom processor) running Beckhoff’s TwinCAT 3 software to control all aspects of the theater including stepper motor-driven animatronic elements and all the AV equipment. A variety of TwinCAT 3 software packages are used including the PLC/NC and PTP libraries for control, PLC HMI for visualization, and the TCP/IP communication library with all programming written using Structured Text (ST). Ethernet TCP/IP is used to connect the system to three different projectors from two different manufacturers, a Blu-ray player, a high-end sound mixer, and three BrightSign media players.

LA ProPoint plans to move forward with more installations based on this architecture for future applications. They reported that programming the stepper control centrally in TwinCAT dramatically reduced programming and troubleshooting time compared with other approaches. Use of EtherCAT I/O proved to be highly important for the space-limited, control room behind the theater. EtherCAT Terminals simplified wiring while also improving system communication and control with both the media equipment and stepper motors.

The most recent version of Beckhoff’s PC Control magazine highlights how Emirates Team New Zealand relied on PC-based control and EtherCAT in the 2017 America’s Cup race.

In this application, using PC-based control for on-board systems opened up many possibilities. The ability to process large quantities of data from position and pressure sensors, anemometers, and other sources, plus the navigation calculations and the racing software, all benefited from an exceptionally fast computer.  One result was that ultra-fast communication enabled an instantaneous response to trim commands. View the PDF for more details.