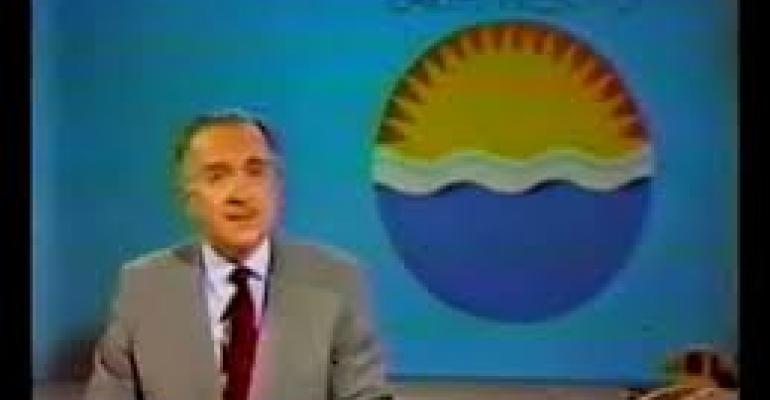 50 years on, Earth Day has a long and popular international reach.

It was a sun-shiny day in Michigan on that first Earth Day, Wednesday, April 22, 1970. I was living in the north suburbs of Detroit. Merely a teenager at the time, I was working at an automotive paint lab. Back then, everybody worked for the auto industry in one way or another. The pay was great, and you didn’t need much in the form or skills or education.

My girlfriend wanted to go to this teach-in at Oakland University. We both liked the idea of a clean earth. Who didn’t? So, I took a personal day off work on that beautiful spring day. We drove to the university’s Rochester campus in my 1965 beige Corvair that had a rubber band holding the choke’s flapper valve open so I wouldn’t stall at lights.

Earth Day back then focused a considerable amount of attention on litter. I’m not sure why litter was the focus in an area like Detroit. I grew up walking distance from Quarton Lake in Birmingham, a damned-up portion of the Rouge River. We kids fished the lake, but we had to throw the fish back, since the river was polluted from the auto industry and the fish were not safe to eat.

When you grow up around something like that it seems normal. By comparison, litter is not much of an issue. But consumer waste was the subject of most of the sessions in the university’s auditorium. One speaker talked about the ice cream cone as the perfect consumer product, since you eat the container. I don’t remember any sessions that took on industrial waste. Apparently, that came in later years.

The Beginning of the Environmental Movement

In the decades leading up to the first Earth Day, people around the globe were consuming vast amounts of cheap leaded gas in inefficient cars and trucks. Most forms of industry belched smoke and sludge without concern for the environment. Air pollution was commonly accepted as the price of prosperity. I don’t remember much smog where I lived, which was many miles from the factories and heavy urban traffic. In 1970, few were in the mood to find fault with the auto industry in southeast Michigan.

However, seeds for change had started a few years earlier with the publication of Rachel Carson’s bestseller Silent Spring in 1962. Everybody seemed to love that book, even my mom. It sold more than 500,000 copies in 24 countries. The focus was pesticides, particularly DDT. In 1972, DDT was banned in the US, and that seemed to be that. I don’t remember making any connection between Silent Spring and the pollution from the auto industry. That came a few years later.

The concept of Earth Day began in 1969 at a UNESCO Conference in San Francisco where peace activist John McConnell proposed a day to honor the Earth and the concept of peace. He wanted the celebration on March 21, 1970, the first day of spring in the northern hemisphere.

The first day of spring didn’t quite take hold. Later in 1969, Wisconsin Senator Gaylord – who had long championed environmental causes – proposed the idea of holding a nationwide environmental teach-in on April 22, 1970. He hired activist Denis Hayes as the national coordinator. Nelson and Hayes named the event Earth Day.

The First Earth Day Was a Hit

The first Earth Day received enough attention that CBS produced a News Special that covered the essentials of the event.

The first Earth Day celebration took place at two thousand colleges and universities, roughly ten thousand primary and secondary schools, and hundreds of communities across America. More importantly, it brought 20 million Americans out into the spring sunshine for peaceful demonstrations in favor of environmental reform.

Even President Richard Nixon got in on the act. He and his wife Pat planted a tree on the White House south lawn in recognition of the first Earth Day.

Going International in the 1990s

The first Earth Day was focused on the United States. In 1990, Hayes took the concept international and organized events in 141 nations.

As the millennium approached, Hayes agreed to spearhead another campaign, this time focusing on global warming and pushing for clean energy. The April 22 Earth Day in 2000 combined the big-picture view of the first Earth Day with the international activism of Earth Day 1990.

For 2000, Earth Day had the internet to help link environmentalists around the world. A hefty 5,000 environmental groups around the world were on board reaching out to hundreds of millions of people in 184 countries. Events varied: A talking drum chain traveled from village to village in Gabon, Africa, while hundreds of thousands of people gathered on the National Mall in Washington, D.C.

Earth Day 2007 was one of the largest Earth Days to date, with many people participating in the activities in thousands of places.

The Paris Climate Agreement was signed in Paris on Earth Day in 2016.

2017 also saw the Earth Day Network co-organize the March for Science rally and teach-in at the National Mall.

In 2019, Earth Day Network partnered with Keep America Beautiful and National Cleanup Day for the inaugural nationwide Earth Day CleanUp. Seemed like Earth Day was returning to its litter roots. Cleanups were held in all 50 States, in five US Territories. In all, 5,300 sites and had more than 500,000 volunteers.

The theme of Earth Day for this year is “climate action.” It will be celebrated with The Great Global Cleanup, a day dedicated to removing trash from green spaces and urban centers alike. EarthDay.org hopes Earth Day 2020 will be the largest volunteer event in history.