Did Trump Create the Bump in Reshoring? 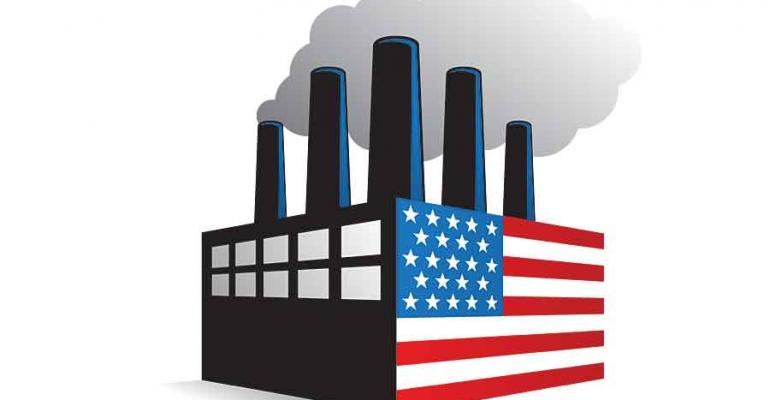 The Reshoring Initiative’s 2016 data report shows that the reshoring trend grew by more than 10%, creating net growth in manufacturing jobs.

During all of 2016, candidate Donald Trump harped on the loss of US manufacturing jobs, scolding companies for moving their production out of the country. As those complaints mounted, jobs actually started to return to the US. The trend accelerated through 2016 and into early 2017. 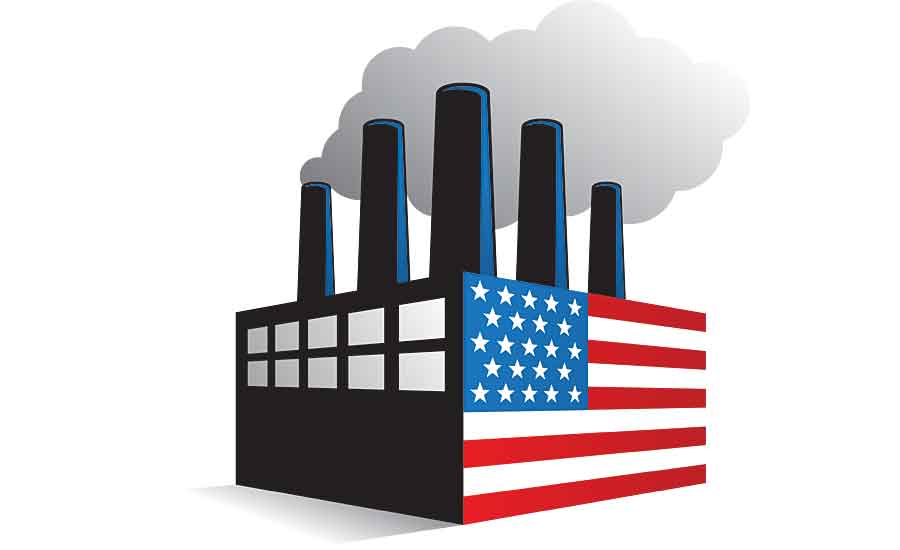 For the first time in decades, more manufacturing jobs returned to the US in 2016 then went offshore, according to the annual data report from the Reshoring Initiative. The report shows that the reshoring trend grew by over 10 percent in 2016, adding 77,000 jobs. That ties the 2014 record and exceeds the rate of offshoring by 27,000 jobs. The results bring the total number of manufacturing jobs brought back from offshore to more than 338,000 since the manufacturing employment low of February 2010.

Given the timing of the jobs returning to the US – growing all through the election year – and given the additional surge in early 2017, Moser sees a connection between Trump’s campaign rhetoric demanding that manufacturing jobs return to the US and the jobs that actually began to return. “It’s clear to us that something significant happened in the fourth quarter of last year and it seems to me that would be Trump,” said Moser.

The Initiative’s report shows a net gain of 27,000 jobs in 2016. The report compares that to the 2000-2003 period when the US lost about 220,000 manufacturing jobs per year – net – to offshoring. “The tide has turned. The numbers demonstrate that reshoring is an important contributing factor to the country’s rebounding manufacturing sector,” said Moser. 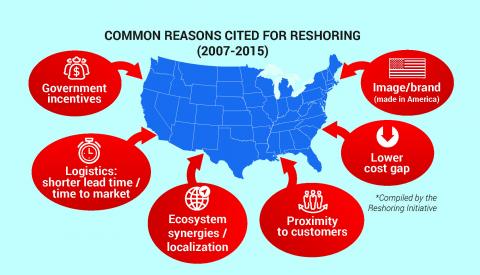 While the 2016 reshoring numbers are strong, and while early 2017 figures look even better, Moser insists the pace won’t hold up. “I don’t think it can be sustained. The number of jobs reshored during first quarter comes to 180,000 annualized. Last year it was 88,000,” said Moser. “We’re not competitive enough to bring back that number of jobs, especially with the skills gap and no improvements in infrastructure.”

The Final Flip: US Competitiveness

There are a number inherent challenges that weaken the ability for US manufacturers to compete globally. “We’re in a relatively non-competitive position, since we have a strong dollar and cheap oil,” said Moser. “Plus, we have the historic disadvantage of a low-skilled workforce. We also have high corporate taxes.”

The Reshoring Initiative has created a scoring sheet on the competitive factors in US manufacturing. The goal is to get the list – scored by weight – in front of the Trump Administration and lawmakers who can push for changes that would be friendly to US manufacturing. “We put together a competitiveness toolkit that identifies the actions the government could take to bring back jobs. You can use it to estimate how many jobs would come back,” said Moser. “Actions include lower taxes, a lower dollar, higher skills, lower regulations. We score each one of these to see how much a difference it would make to bringing back jobs.”

Images courtesy of the Reshoring Initiative.