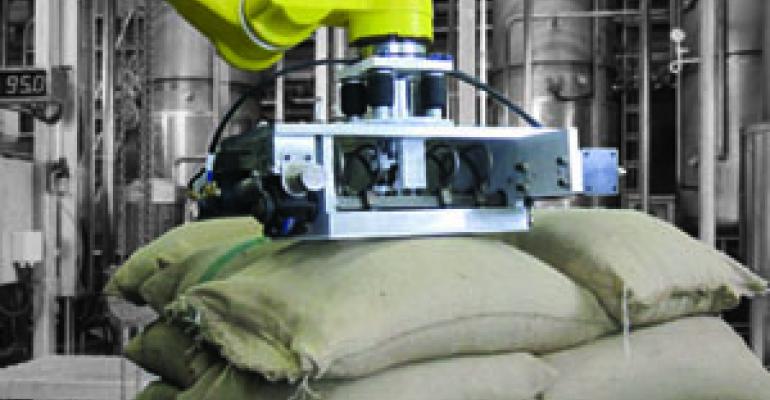 The rapid advance of computer and related technologies is having a dramatic affect on industrial technologies such as vision systems, robotics and 3-D laser scanning. The result is that these technologies - once available for use on only the highest-level projects, are becoming more viable in a broader range of applications. And as the price for a given level of functionality and performance comes down, the payback periods for many types of automation projects have shortened.

As an example of how these cheaper, more advanced technologies are changing the game for systems designers, Concept Systems recently developed a vision system to enable one of our clients to verify box size and the placement of labels on cases exiting a packaging line. Ten years ago, this would have cost more than $100,000 because it would have required multiple cameras and processors to keep up with the line speeds. Now the system can be built with a single camera set-up at a cost of around $30,000. The resulting system is much simpler, cost-effective and actually includes even more functionality than could have been achieved 10 years ago with the more expensive system.

Robots That Handle with Care
This vision system is a good example of a broader technology trend we're seeing in new automation systems. The integration of machine vision with robotics for circuit board pick-and-place applications has been around for years, but due to limitations in processing speed (or the cost of getting additional processing speed) these applications have traditionally been limited to pattern recognition technology and circumstances where the environment can be precisely controlled. Until the last few years, sufficient computer power hasn't been available to cost-effectively enable more randomly shaped or randomly placed items to be handled. Now with the latest technologies, robotic vision systems can be built that are more flexible and which can tackle more complex material handling problems.

Here's an example of what we've been able to do along these lines. A large coffee company was having problems with a robot that it wanted to have unload pallets of 150-lb burlap bags containing raw beans and then place those bags one by one on a conveyor to feed a roaster. The company's old robot followed a fixed pattern and was unable to identify where to grab the bags. The result was that the robot ended up tearing the bags as it tried to grip them for transport. This handling problem was costing the company 100,000 lb of lost beans per year, and the loose beans on the plant floor were creating a safety issue.

Concept Systems fixed the problem by constructing a control system that uses software on a high-end PC to build a 3-D model of the environment in which the robot operates. Concept's VisionFeed-3D system models each pallet of bean bags, using distance measurements obtained via laser triangulation. The bags are piled 20 bags per pallet in four layers of five bags per layer. A new computer model is constructed for every tier of bags as the pallet is unloaded. The model is then run through an advanced algorithm that identifies unique features of the bags, and determines the precise position and orientation of each bag in that tier. The position and orientation is then used to dispatch the robot to each bag for pickup. The result is accurate bag pick-up and delivery without bag tearing or spilled beans.

The real technology challenge that this application provided is the need to deal with the acquisition of relatively amorphous objects - the bags of coffee beans. The system does this by taking two laser images and stitching them together to eliminate shadowing from either laser. What enables this technology breakthrough is the fact that the system could be built with standard off-the-shelf components: the PC, the lasers, the video cameras and the robot. Besides eliminating the problem of torn coffee bags, the new robotic vision system can unload the pallets reliably at twice the speed of the previous system.

Modular Technologies for Multiple Use
With the proliferation of applications that use vision and laser scanning to identify the position and configuration of objects, the role of these systems in factory automation will expand to offer contact-less position sensing to an ever broader range of applications. One principal benefit of this will be lower maintenance costs, as vision systems can be used to monitor machine status from a safe distance and close control feedback loops without being subject to the stresses that can damage other sensors.

Because their job is to solve automation problems for many customers, good system integrators have the benefit of being able to take technologies that have been applied successfully in some applications and configure them for new uses. This is made much easier today because there's now a lot more modularity to system building blocks and the capabilities of standard system elements have increased.

Another enabler is the now-standard practice of using networks to connect the subsystems of a machine. Besides improved reliability and lower cost of construction compared to old machines using point-to-point wiring methods, networked machines are easier to maintain and are easier to connect to enterprise data acquisition systems.

Along with this commoditization of high-technology hardware comes increasing familiarity. Because of these increased confidence levels, factory owners are more receptive to using new technologies than before and there's more confidence in systems integrators in general to apply those technologies. But how do customers know whether a particular integrator is qualified to tackle a complex technical task?

Michael Gurney is the co-CEO at Concept Systems. He can be reached at [email protected].
Click here for more information.