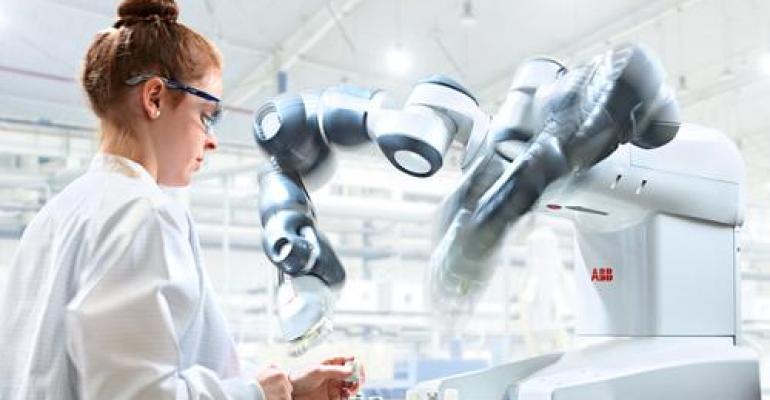 A renaissance in small robots is blooming. Collaborative robots are inexpensive and tiny compared with the giant caged-in versions that dominate the automotive market. These new human-friendly robots work alongside human workers in the electronics industry, at auto suppliers, and in warehouses. They are priced down-market to attract small- and medium-size manufacturers. Below $50K is generally the target pricing. Often these robots are the first step in automation for a small shop.

Rethink Robotics has mined this market for years with Baxter, and most recently, Baxter's one-armed little brother, Sawyer. Major robotics companies have apparently decided Rethink shouldn't have all the fun. ABB has introduced the small human-safe YuMi, and Universal Robots has introduced the UR3, a lightweight tabletop robot to compete in this market. These collaborative robots are highly flexible, able to perform multiple tasks, and they're easy to program. 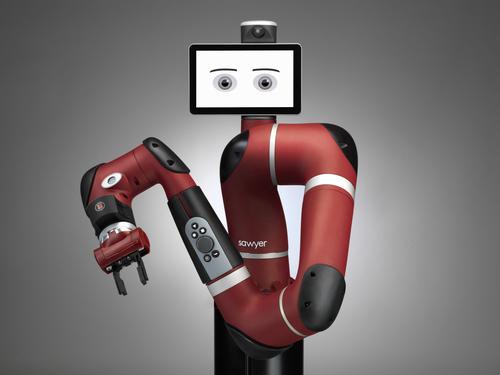 The market for small, flexible robots is growing at a time when robots in general are surging in popularity in plants across the globe. The International Federation of Robotics (IFR) released its annual scorekeeping card on robot sales this spring and announced record deliveries of 225,000 robots in 2014, up 27% from 2013 sales. More than half of the robots sold in 2014, 140,000 units, went to Asia. Of those, 56,000 went to China, 54% more than in 2013. South Korea was the second largest destination, with 39,000 robots, followed by Japan.

According to Arturo Baroncelli, president of IFR, 2014 was the first year robot sales exceeded 200,000. Automotive continues to be the leader in deploying robots. "The strongest drivers for growth were the automotive industry followed by the electronics industry," said Baroncelli in the IFR report.

Some in the robot industry attributed this growth to the success manufacturers are having reaching ROI with their investments. Once the initial robot deployments are successful in reducing manufacturing costs, companies double down. "A customer starts with one or two, then they start to deploy dozens. Eventually they will have thousands of these," said Jim Lawton, chief marketing officer of Rethink Robotics.

The low price of small collaborative robots that have entered the market in recent years may also be driving up purchase numbers. An inexpensive robot can produce a quick ROI. "From a costs perspective, the big number manufacturers need is a payback in 12 to 18 months," he said. "The robot and the stuff supporting it need to come in at 50K or under. Compare that to other automation that generally costs far more than 50K." 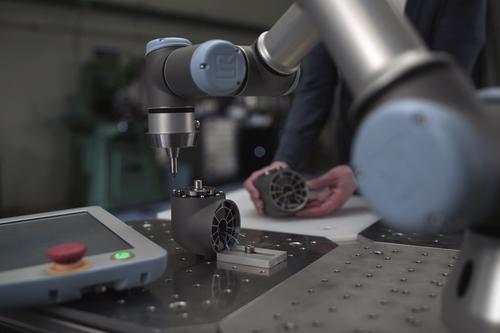 Small Robots Are Getting Big

For decades, robots were designed primarily for the automotive line where they became an alternative to costly employees with pricy benefit packages. The savings taken by replacing humans with robots carried the heavy freight of endless hours of robotics programming. These robots are big and dangerous. They are unsafe around human workers, so they have traditionally been locked in cages

Low prices and safety are some of the features that drive the small robot market. Not only are they cheap to buy - usually $50K or less - they are also cheap to program. "It takes about 200 hours to program a traditional robot. It's the error codes that take up most of the time, all the what-ifs," said Lawton. "For the small robot, a worker on the line can show it what to do, and if you change things slightly, the robot can do it more efficiently. That doesn't require programming. All you have to do is move the robot to teach it the task. You don't have to reprogram the robot."

Safety is a big factor. Small and mid-size manufacturers don't have the volume to warrant large caged-off areas where expensive robots can perform the same weld 24/7. Small manufacturers need a machine they can deploy for half a day's worth of tasks here, and half a day's worth of tasks there. They can't lock it in a cage. Safety has to be intrinsic to the robot. "Collaborative robots are safe to be around. They can perform tasks in a manner similar to how humans perform those tasks," said Lawton. "These robots can deal with the variability of most manufacturing environments."

Collaborative means more than simply safe in the same room with humans. An effective collaborative robot can work next to a human while sharing tasks with human co-workers. "People talk about collaborative robots, and for a lot of people that means no cage. These robots can actually work and interact with humans," said Lawton. "A lot of safeguards are in place to allow the robot to be deployed where traditional robotics can't be placed."