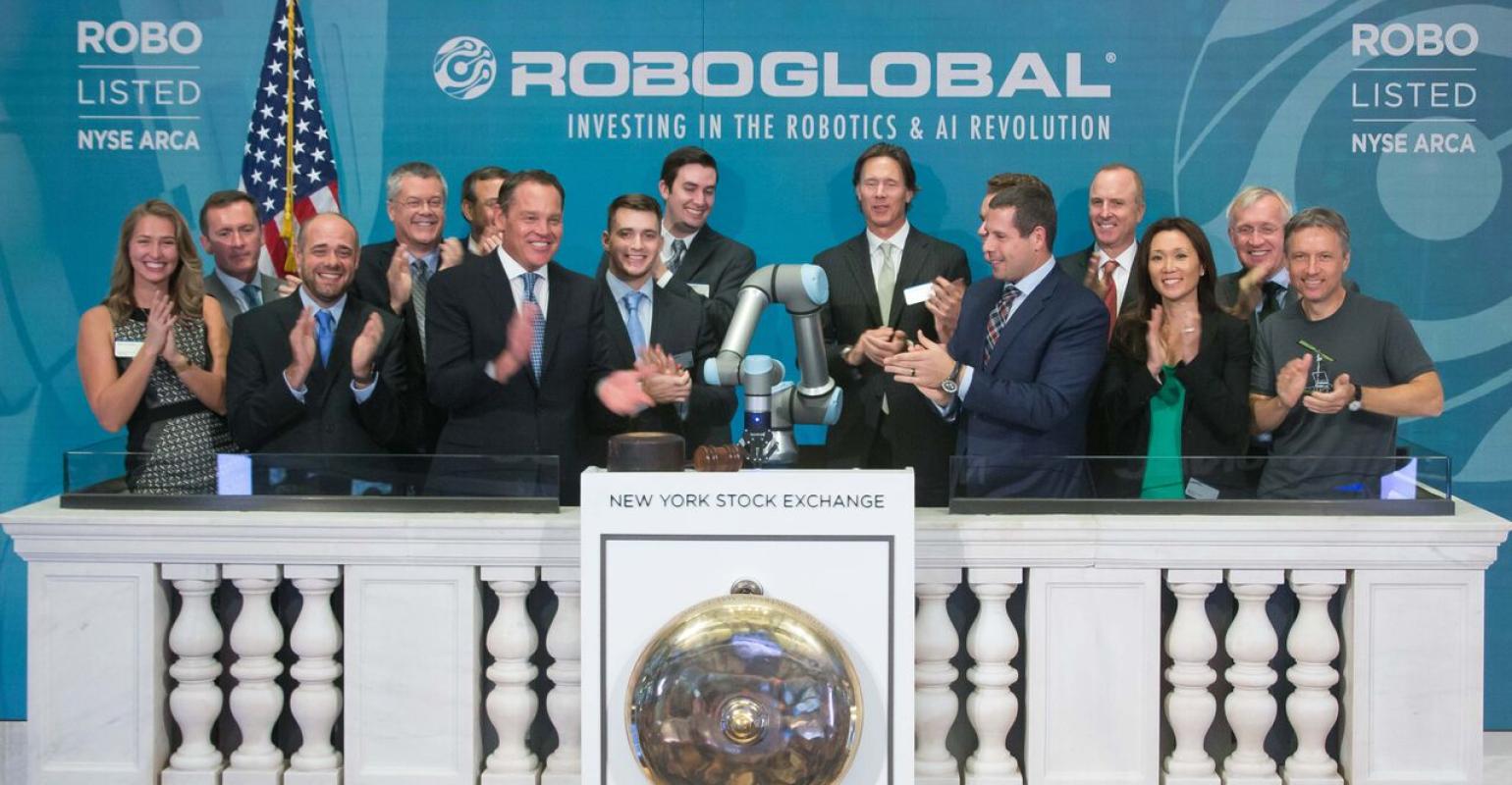 In a symbolic gesture showing robots on the move, a cobot from Universal Robots rang the New York Stock Exchange closed on Wednesday.

In news that contrasts the demise of Rethink Robotics last week, we saw the ringing of the closing bell of the New York Stock Exchange on Wednesday performed by a robot arm. The bell ringer was the UR5e from Universal Robots. The robot used a two-fingered gripper from Robotiq to clang the bell, offering viewers a display of cobots interacting with humans.

The display at the stock exchange was timely, given that Rethink Robotics pulled the curtain on Baxter and Sawyer last week, closing a very visible chapter in the progress of cobots. While leaders in the robot industry were quick to argue that Rethink’s troubles were not reflective of the robot industry in general, the ringing of the bell in downtown New York did bring positive light to the small robots world.

This NYSE bell ringing was a celebration of the five-year anniversary of ROBO Global—a robotics, automation, and AI index. Launched in October 2013, ROBO invests in more than 80 of the most innovative companies across the globe, spanning 12 subsectors from manufacturing to healthcare to sensing.

Cobots are a fast-growing segment of industrial automation. Sales of cobots are expected to jump tenfold to 34% of all industrial robot sales by 2025, according to the International Federation of Robotics.