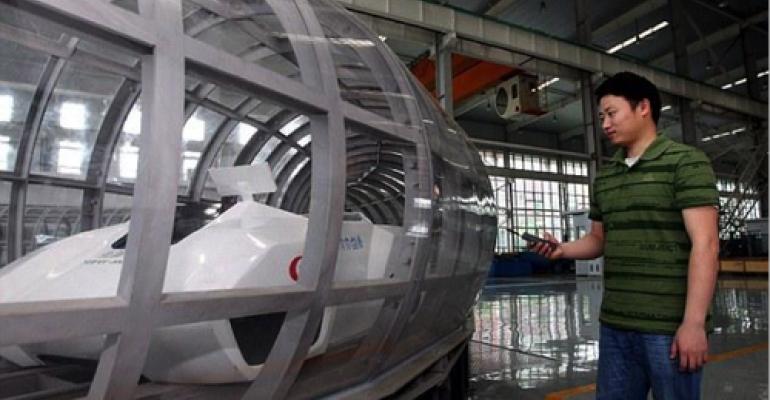 Imagine if you could board a train and get from San Francisco to New York faster than flying?

Perhaps it's millennial impatience, but I get frustrated that it STILL takes six hours to fly from San Francisco to New York (and that's not including the whole TSA process and check-in line).

That could all change, however, if a Chinese prototype of a super-fast 1,800 mile per hour train pans out.

Based on the same design as Elon Musk's Hyperloop, a group of Chinese engineers from the Applied Superconductivity Laboratory of Southwest Jiaotong University say they have invented the "future of train travel -- the Super Maglev -- which is some three times faster than commercial air travel. That means you could travel from San Francisco to New York in under two hours. Almost a do-able daily commute! 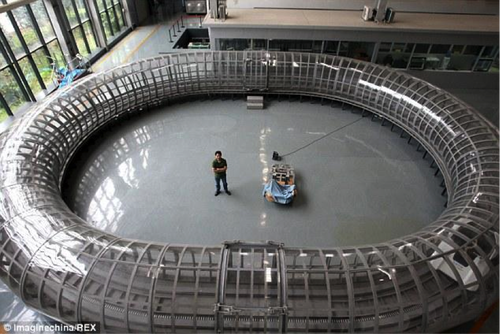 Unlike Musk's design, the train runs inside a completely sealed vacuum tube which removes any air or wind resistance, an important factor, as studies have shown that for vehicles traveling faster than 250 MPH, up to 83% of the energy used goes toward battling such aerodynamic resistance.

The megathermal superconducting maglev loop was first tested in 2013, and though it currently only runs inside a 20-foot diameter vacuum loop at a top speed of 30 MPH, Dr. Deng Zigang, who leads the project, believes his team is rapidly approaching ways to break the speed barrier. 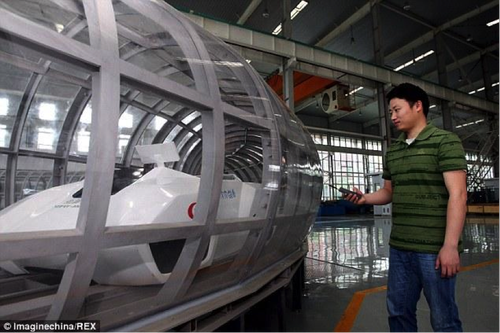 Dr. Zigang, also believes the train might eventually not just be used for earth transportation, but envisions scenarios where the train could potentially help launch vehicles into space.

Yes, it sounds like pure science fiction, but, wouldn't it be great if they could actually pull it off?