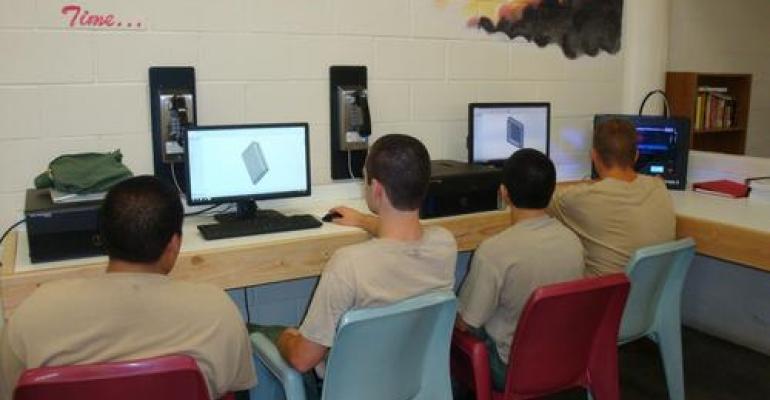 The Maxine Singer Youth Guidance Center is a minimum security facility for kids 18 and under; it is geared to offer troubled youth another way to think about their life and future.

Along with teaching the importance of personal responsibility, the program works hard to develop a sense of accomplishment through exposure to and mastery of a wide variety of experiences, such as learning how to use 3D CAD and 3D printing technologies.

"I was presented with a unique opportunity to instruct at-risk youth for a series of SolidWorks training workshops," said GoEngineer Applications Engineer, Paul Nishihira.

Nishihira believed he was there to help others learn about manufacturing technologies, but something else came to the surface in the process. "I didn't realize how much of an impact this experience would have on me personally," he said. 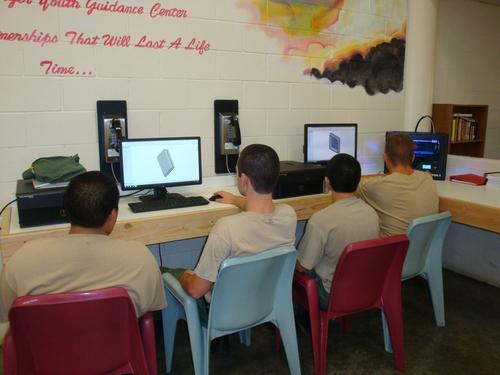 When Nishihira started teaching the class, none of the students had ever heard of either CAD or 3D printing, so they had lots of questions.

The students thought it was cool that you could design an iPhone cover or 49er's logo in CAD and then 3D print it.

"I would continually tell them that if you are able to visually imagine what you want to create, you can design it in CAD," said Nishihira. This encouragement inspired the kids to think outside the box and dream bigger dreams of what might be possible.

It was during the fourth class that the students had their "Aha!" moment.

Christian, said Nishihira, created his own custom cell phone cover, and, with minimal guidance, he was able to develop his own design and 3D print it on a MakerBot Replicator 2 machine.

Triston, he added, ever-curious about 3D-printing technology, took the initiative to perform preventative maintenance and calibration. He even suggested creating part models in CAD to maintain part consumables for the 3D printer.

Marques, who was fascinated with aircraft and aeronautical engineering, was always creating aviation-themed part models and asking questions about aviation in general, said Nishihira.

"I was quite amazed at how quickly each of the students acquired skills to navigate through SolidWorks," he said.

As Nishihira's training sessions were coming to a close, he solicited ideas from the students as to what their final design-to-print project should be. Suggestions ranged from a new-style smartphone case to a small-scale miniature rocket.

It was during that class when Nishihira noticed a damaged square cap sitting by itself on one of the desks. "I asked the students about the cap, and they said it was part of one of the parking bollards outside of Camp Singer that got damaged," he said. The class enthusiastically decided to make fixing the cap their final design project.

In the process, each student had the opportunity to learn some important basics of manufacturing:

The class made an impact.

Marques has his goals set in the field of Aeronautical Engineering and Aviation; Triston says he would like to further his education in that field; and Christian has a number of his own product ideas that he wants to design and 3D print, according to Nishihira.

"The students began to see that learning how to use manufacturing technologies could actually pave the way to a new and productive future -- that they could begin to shape their own lives in a positive light instead of a negative one," he said.

Mitch Bossart is a technology enthusiast, and he loves writing about people and companies that are shaping our world. You will find him at various coffee shops throughout the Minneapolis/St. Paul area -- writing, socializing, or dreaming about the next great American screenplay.