A Boost for Medical Device Developers 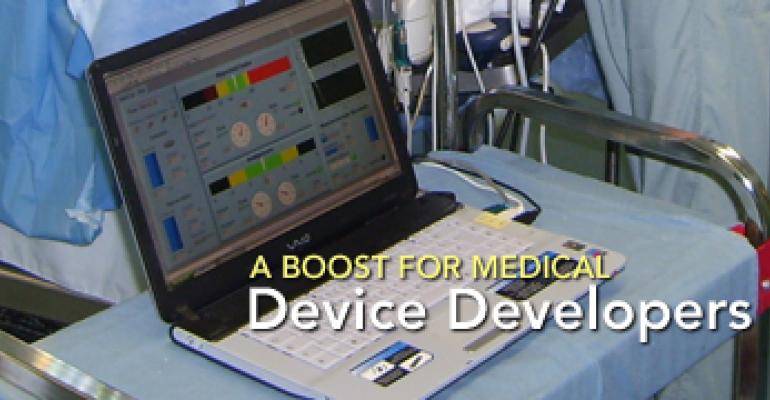 Thanks to a renewed grant program from National Instruments (NI), medical device developers may now be able to find a new source of technical and financial support for their Eureka! moments.

Known as the 2009 Medical Device Grant Program, it provides $25,000 worth of software and services to makers of medical systems that use or intend to use NI products. The products include NI's well-known graphical system design platform, known as LabView, and CompactRio, its embedded control and data acquisition system.

"As a company, we're looking to support the technology phase of medical device development," says P.J. Tanzillo, medical segment lead for NI. "And the way we're doing it is through this medical device grant program."

Indeed, NI has supported medical device development in the past, as well. Last year, the giant virtual instrumentation company issued 21 of the grants, 17 to U.S.-based entities. Recipients included researchers at McGill University who created McSleepy, an automated anesthetic system for use by anesthesiologists during surgery. The system, developed and programmed in LabVIEW, reportedly enables anesthesiologists to devote 15 to 20 percent more time to other aspects of surgery, such as direct patient care.

"They weren't even familiar with our software tools and yet they were able to get the product into (clinical) trials within four weeks," Tanzillo says.

National Instruments' engineers say many of the grants have gone to start-up companies, but they emphasize the program is open to engineering teams at large firms as well. Moreover, they say the possibility of receiving such grants is good.

"We have a committee that meets monthly to evaluate grant applications," Tanzillo says. "And the acceptance rate â€“ about 30 percent â€“ is higher than most grants we're aware of."