Beyond the Dyno: A Multi-Axis Test Simulator for Automotive 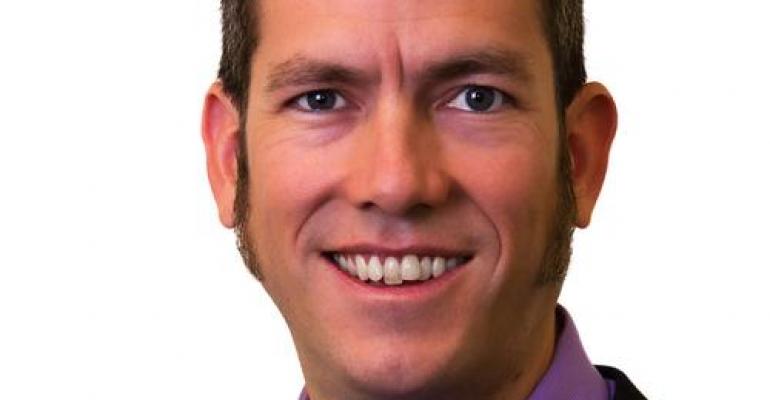 Wide open throttle (WOT) is a standard test run by automakers. Think about sitting at a stop light with your manual transmission car, and as soon as the light turns green, you floor it. You keep flooring and shifting, creating a load on the gears and the transmission. High torque, then high speed, shift gears, then high torque, high speed again, all the way up to fifth gear.

One of our customers, a global automaker, wanted to run a WOT test on its powertrain component test stands, but couldn't create a test profile to match traces taken from the dynos. The solution was a multi-axis profile simulation that takes data from the dynamometer and uses it to create a back-to-back test system profile that synchs speed and torque in time.

Automakers run that WOT test by putting their cars on a dyno, and they get a trace that shows the load on the gears and how fast they're going. What they haven't been able to do is run that same test not only on the entire car, but on a specific component, like a gear, shaft, bearing or pump. 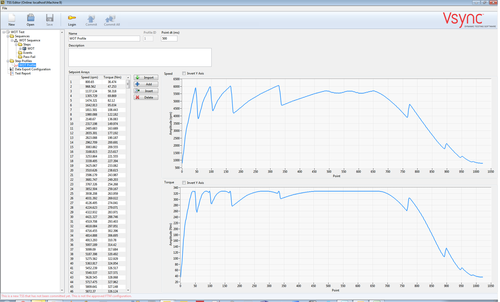 We build their back-to-back gear test systems and traditionally these kinds of machines have been used as long life fatigue test durability systems. The back-to-back stands were measuring gear fatigue and durability by running the gear at each separate speed torque for several hours. But that's not an accurate reflection of what the gear experiences when the gas pedal is pressed to the floor over and over again.

The test stands are PLC-controlled. We generally choose Siemens or Rockwell PLCs because they're the gold standard in many industries, but the customer's requirements will ultimately dictate our controls architecture.

We started by designing a plug-in for the National Instruments' LabVIEW front end to allow the dyno trace to come in, formatted so the PLC could receive it. We use our own dynamic testing software, called Vsync, which manages high-speed, high-torque gear testing, so we were able to integrate it there. We were then able to extend our existing PLC interface to include multi-axis test profiles.

Typical machine control is done at the PLC level, but for this application we looked to a high-speed motion controller for speed and torque axis control and synchronization. Motion controllers considered were Moog, B&R, and Delta Computer Systems. The Delta Computer Systems 2-axis RMC70 series controller was selected to allow accurate control of speed and torque signals of up to 20Hz and up to 10,000 set points. The RMC70 easily achieves this with deterministic control loop update rates of up to 2kHz and 1MB of Flash memory.

A multi-axis test profile simulator has many other applications, such as helicopter blade balancing, where pitching moment and position of blades change rapidly as the aircraft goes through changing winds and shifting loads.

Noise, vibration, and harshness (NVH) applications could also benefit from having fast-changing multi-axis testing. NVH measurements from a road or flight test could be captured and used to create a test profile for an R&D or lab system. All of the stresses from the road or the air could then be precisely replicated for component level fatigue testing.

Another example is in fluid handling operations, where multi-axis testing could synch pressure and flow to achieve high-speed pressure control.

[image via RedViking] Jeff Poirier is a senior controls engineer for RedViking, which designs and builds manufacturing and test solutions for automakers, aircraft builders and commercial vehicle manufacturers. As an expert on complex automation controls, his expertise is widely sought by some of the world's largest automation and controls companies. He holds a BSEE from the University of Michigan.
0 comments
Hide comments
Related
You Might Like