This Ambulance Drone Could Save Lives 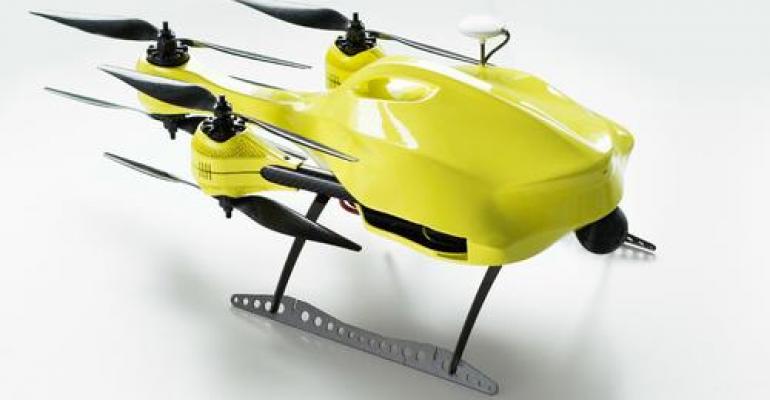 How do you improve emergency medical response times in ever crowded cities? A team of graduate students in the Netherlands think drones could be the answer. Alec Momont, a graduate student at TU Delft in the Netherlands, has shared details of his completed masters thesis outlining a concept for an ambulance drone capable of delivering treatment in emergency situations, even indoors. “This drone emergency service would complement existing services (ambulances, police and fire departments) with aerial on-demand support,” Momont said in his thesis report.

Essentially a flying toolbox, the first prototype drone is capable of delivering an automated defibrillator (AED) to the point of care along with real-time instructions and communication with a emergency care professional to guide the layperson through the process. AEDs are the same type of defibrillators seen in gyms, malls, and other public places because they can be easily used by bystanders. Once someone has dialed 9-1-1 (or 1-1-2 in the Netherlands) a drone would be dispatched to their location by an operator where it would provide supplies, as well as real-time video and audio support from an emergency professional. 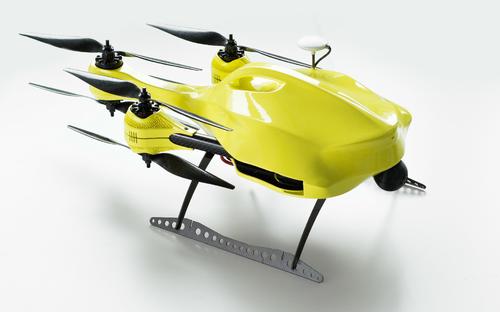 Future models would be capable of delivering AEDs, medication, cardiopulmonary resuscitation (CPR) aids, and other medical devices that are user-friendly and compact enough to fit into the drone's foldable carbon-fiber frame.

Time is critical in any emergency situation, but especially so with cardiac arrest. Permanent brain damage and death from cardiac arrest can occur in as little as 10 minutes, according to Mayo Clinic. According to the American Heart Association, there were approximately 359,400 outside-the-hospital instances of cardiac arrest in 2013, with only a 9.5% survival rate. “In the European Union around 800,000 people per year suffer from a cardiac arrest, an upsetting number considering that only 8% survives this incident,” Momont said. “The main reason for this high number of casualties is the relatively slow response time of emergency services (10 minutes).”

Momont estimates the Ambulance Drone could arrive on-scene within one minute within a 12 km2 (about 4.4 sq mi) area. At that speed he believes survival rates for cardiac arrest would jump as high as 80%.

“Rough estimates for a response time of under two minutes, the drones would have to be positioned every 2 km (about 1.2 mile) radius, equaling 6,000 drones for full coverage of the Benelux area,” Momont's report said. Benelux, a union of states in midwestern Europe, covers 29,597 square miles (76,657 km²). Extrapolating this out somewhat for comparison that's about 95 drones to cover the 469-square-mile (1,214-km²) area that encompasses New York City. With an expected cost of about €15,000 ($19,000) each, the drones could represent a huge impact on the healthcare system with a comparatively small investment.

The challenge lies in the systems that would need to be built around the drones. Momont said creating a drone infrastructure would require a heavy investment in GPS technology. His report suggests that having the general public adopt wearables with built-in GPS localization would be a huge help, but this idea is not popular with consumers.

There are also legislative issues to consider. In the US, domestic use of drones, or unmanned aerial vehicles (UAVs), is shaping up to be a hot button issue in the coming year. The National Conference of State Legislatures reports that, as of 2014, 35 states have pending drone legislation with 10 having enacted new laws. A recent law enacted in Illinois loosens regulation around law enforcement use of drones during public health emergencies, and Los Angeles has seen protests arising out of the LAPD's possible use of drones.

“Drones are still commonly associated with destruction due their usage in clandestine operations by the United States of America,” Momont said. “Within this project the focus is laid on using drones for a good purpose.”

Watch a proof-of-concept video of the Ambulance Drone in action: