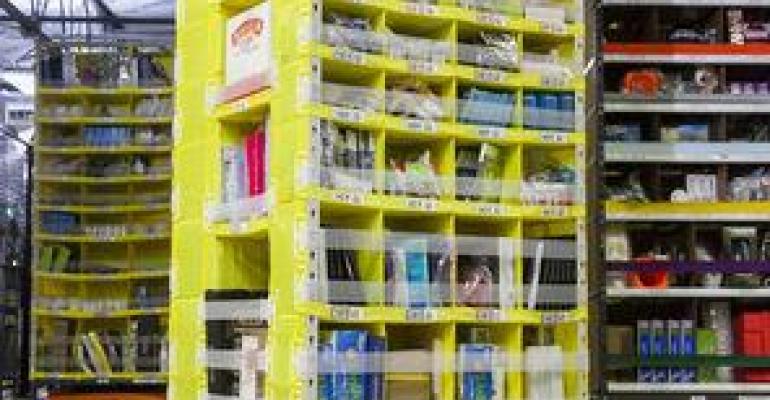 The Christmas season is in full swing, and those of us who know that (spoiler alert!) Santa Claus doesn't exist know instead that there's a good chance some of our gifts will come from Amazon.com. Just in time for the busy holiday season, Amazon unveiled its eighth-generation fulfillment center on Cyber Monday, complete with robotic "elves" that are helping things run a bit more efficiently.

Those elves are not "real" elves, of course, but robots from Kiva Systems, a wholly owned subsidiary of Amazon. Amazon has deployed 15,000 of these robots as part of what the company said is 20 years worth of software and mechanical innovations to fulfill holiday orders in 10 of its new-generation fulfillment centers across the US. 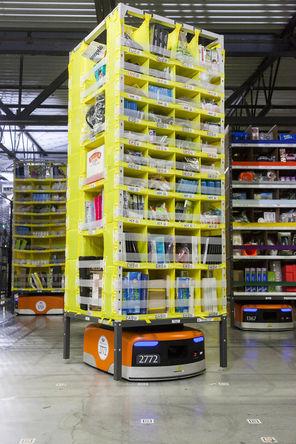 "The Amazon fulfillment teams are dedicated to innovating in our fulfillment centers to increase speed of delivery while enabling greater local selection at lower costs for our customers," said Dave Clark, Amazon's senior vice president of worldwide operations and customer service, in a press release. "The advancements in our latest fulfillment centers hit all three of these customer desires while continuing to provide a work environment that is great for employees."

The robots -- officially called the Kiva automated material handling system -- includes several components, including the robotic unit itself, which looks not unlike a large version of a Roomba; mobile inventory shelves called pods; and proprietary software that runs the system.

Typically in a fulfillment warehouse, workers would have to walk around and locate items for shipping on shelves or carousels, which -- even with an efficient inventory system -- can take time and effort.

With Kiva, however, the robots slide under the pod containing the required item and drive it to the worker, who picks out the appropriate item and then packs it for shipping. Then completed orders are stored on separate pods, ready to get up and move to the loading dock when the truck arrives. Amazon has said that under this new system productivity doubles, installation and operational costs lower, worker safety improves, and there is increased order accuracy.

In addition to the Kiva robots, Amazon.com's new fulfillment system also includes Robo-Stow, one of the largest robotic arms ever developed, which can move large chunks of inventory. Additionally, new vision systems have been installed to speed up the unloading of trucks, the company said. The systems take X-ray images of packages being unloaded and automatically send data about them to the company's systems, speeding up trailer unloading from hours to as little as 30 minutes.

A video shows one of Amazon's new-generation fulfillment centers, complete with Kiva robotic elves at work: