HomeAutomation2018 Will Be the Year of Robot ROI
Recent
Automation
The Music Is Over For Apple's iPod
May 16, 2022
Q&A With IndyCar Gearbox Expert Anna Chatten
May 13, 2022
Intel Unveils Trust Authority to Boost Security
May 13, 2022
Supplier News Looks at Highly Customizable Industrial Monitors
May 12, 2022
POLL
Here Technologies Maps are Key to Mercedes Level 3 Automation
May 12, 2022
'We Built the Domino's Pizza Tracker for Manufacturing'
May 12, 2022
Break Your Bubble Gum Habit by Watching Its Production
May 12, 2022
This Patch Monitors All Your Vitals, Including Blood Pressure
May 12, 2022 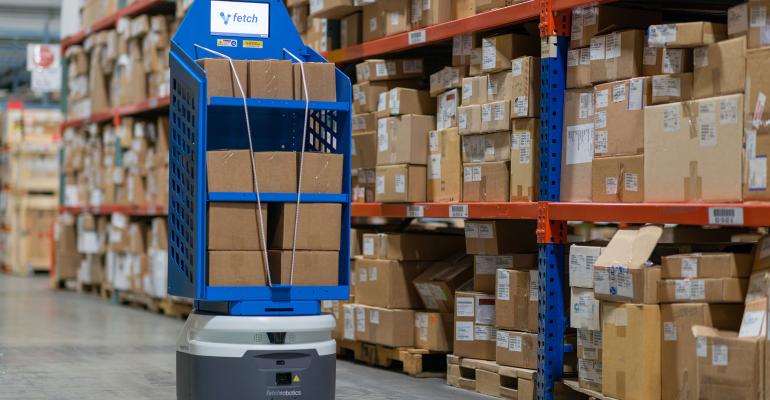 The robotics industry is banking on a growth year as robot ROI comes easier.

The robotics industry is well into a multi-year expansion in in both unit sales and overall robot capabilities. Consequently, the return on investment (ROI) is easier to reach. Add to that the trend in robots becoming less expensive and we’re set to see continued robot growth through 2018 and beyond.

The employment environment is also favoring robots. In many areas of North America, we’re at virtually full employment. During labor scarcity, robots can help with low-skill manufacturing or logistics tasks. Also, as robots become easier to configure, companies can deploy robotics without having to hire highly skilled control programmers.

Cost is a huge factor in convincing manufacturers and warehouse managers to try robots. In 2018, investment will be less expensive, and the return will come more quickly.

“Companies using robots are realizing better and faster return on investments, and I think that’s why the robotics is growing rapidly. We will break records this year as we have every year since the end of the great recession,” Bob Doyle, director of communications at Association for Advancing Automation, told Design News. “Robots are less expensive. Companies are using smaller robots that are cheaper. That includes collaborative robots well as other small robots that are not as collaborative.”

There are systematic ways companies can calculate their ROI before investing in robots, but Doyle warned that the actual cost of a robot is only part of the expense. “When you look at a robotic system, the cost of the robot is about a third of the cost when it includes a system that needs to be integrated, the conveyance, and the safety,” said Doyle. “We have a ROI Calculator on our website. Users can enter their costs and variables, and it gives them an idea of the type or ROI and savings they can realize.”

In logistics, robots can pay for themselves in a matter of months. “Our customers typically see an ROI in three-to-nine months. That depends on how many shifts are being run and what they’re targeting in calculating that return,” Melonee Wise, CEO of Fetch Robotics told Design News. “Some users are optimizing on metrics, lines per hour, how materials flow, flexibility and the ability to configure workflows on a month-to-month basis. They look for an increase in lines completed per hour.”

Robot sales for the first nine months of 2017 increased 32 % over last year, while automotive stayed about the same, said Doyle. “Because of faster ROI, those in nontraditional robot industries see that they can get their investment back. Plus, gripper advances are making robots more available to other industries,” he said.

Logistics and warehousing in another area where robots are taking a larger and larger role. This is partly due to greater capabilities of robots that can find their way around a building. “When you look at it, the robots in logistics are as sophisticated as those in manufacturing. We’re putting our effort into making them easy to use,” said Wise. “We have a simple programming interface to allow people to configure the workflows without having to do programming.”

Robots and the Skills Gap

Given low unemployment, not many of those in the labor market are complaining about robots stealing human jobs. “You sometimes see job displacement, but there’s such are large workforce shortage it doesn’t matter,” said Wise. “The logistics industry is having a hard time with staffing. They actually can’t get enough pickers. There are 600,000 open jobs in the logistic industry.”

In manufacturing, robots are taking over some repetitive jobs, but the deployment of robots is also prompting the hire of higher-skilled workers. “We’re not seeing a reduction in shop floor staff. When you look at the overall industrial robots installed, jobs do transform. They have been doing that since the dawn of the industrial revolution,” said Doyle. “A challenge we have now is finding qualified personnel to do the automation. We’re looking at two-year programs or apprenticeship programs to fill the jobs.”