Home>Automation
Recent
Automation
Can Ultra-Sensitive Strain Sensors Be Made to Serve Advanced Robotics?
May 07, 2021
Friday Funny: Catch These Weird Aircraft Swarming the Sky
May 07, 2021
7 Tips for Honing Your Embedded System Skills
May 07, 2021
9 Amazing Stories of Robot Shine and Facilities Control in Supplier News
May 07, 2021
Fido’s Hip Implant Could Be Next-Gen Prosthetic for Humans
May 06, 2021
The Importance of Speed in Medical Device Manufacturing
May 06, 2021
Engineering Solutions by Design News Talks 2 Main Challenges of Engineering the Jeep Grand Wagoneer
May 06, 2021
Save the Date for the Battery Show & EV Tech Europe Digital Days
May 06, 2021 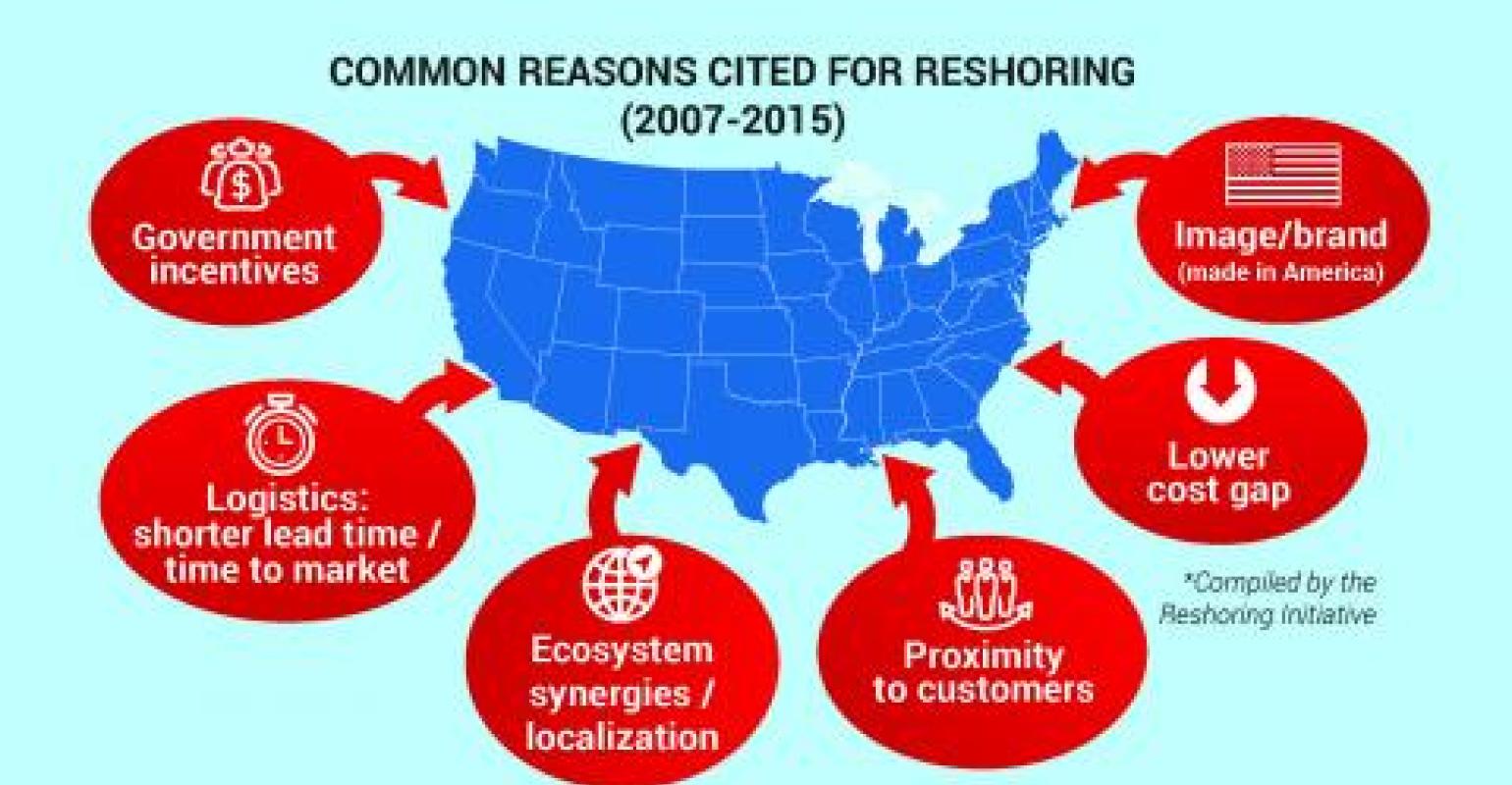 2017 saw a swing back to US manufacturing jobs, with 171,000 jobs coming back through reshoring and foreign direct investment.

Manufacturing jobs are coming back from Asia at an apparently quick clip. The Reshoring Initiative has released its 2017 Reshoring Report, which contains data on U.S. reshoring and foreign direct investment (FDI) by companies that have shifted production or sourcing from offshore to the US. The report includes cumulative data from 2010 through 2017, as well as projections for 2018. According to founder Harry Moser, the numbers demonstrate that reshoring and FDI are major contributing factors to the country’s rebounding manufacturing sector.

Moser noted that the progress in 2017 is just a small portion of the US manufacturing jobs that have moved offshore. “With 3 to 4 million manufacturing jobs still offshore, as measured by our $500 billion per year trade deficit, there is potential for much more growth,” said Moser. “We call on the Administration and Congress to enact policy changes to make the United States competitive again. Our Competitiveness Toolkit is available to help quantify the impact of policy alternatives, including a stronger skilled workforce, continued corporate tax and regulatory reductions, as well as a lower US dollar.”

Combined reshoring and FDI jobs were up 122 percent compared to unrevised 2016 totals and 52 percent compared to revised 2016 totals. The Reshoring Initiative largely attributes the huge increases to anticipation of greater US competitiveness due to expected corporate tax and regulatory cuts following the 2016 election. Similar to the previous few years, FDI continued to exceed reshoring in terms of total jobs added. But reshoring has closed most of the gap since 2015.

Why Are Manufacturing Jobs Coming Back?

Moser noted that one of the reasons jobs are returning is that the cost differential between home-produced goods and landed goods from overseas has shrunk markedly. “We know where the imports are by country, and we know the price difference between the foreign price and the US price. The total cost of foreign-made goods delivered to the US is a full 95% of the cost of US-produced goods,” said Moser. “We know how much you have to shift it to make the US competitive with China.”

Proximity to customers remained the leading factor driving reshoring and FDI in 2017, followed by the ability to brand products as Made in the USA. Other reasons include government incentives and supply-chain synergies. On the FDI side, Moser noted that new investments from Asia are making a big difference. “For the first time, Asia surpassed Western Europe in generating jobs by FDI, due mostly to increased investment by China and continued strong showings by Japan and Korea.”

Where Are the Jobs Landing?

As for where the reshored and FDI jobs are showing up in the US, the Southeast and Texas remain the top regions for reshoring and FDI, with the Midwest gaining ground due to its strong industrial base. When it comes to industries involved in reshoring, transportation equipment remained the strongest industry, accounting for nearly 36% of total jobs returned. Apparel and medical equipment also saw large increases.

Moser noted that reshoring has been increasing at a similar rate as FDI: “That shows that US-headquartered companies are starting to understand the benefit of US production that foreign companies have seen for the last few years.” As for 2018, Moser noted that growth is continuing at a rapid rate. “Preliminary 2018 data trends are at least as strong as 2017. We’re optimistic about 2018 unless something stupid happens.”

Friday Funny: Catch These Weird Aircraft Swarming the Sky
May 07, 2021

9 Amazing Stories of Robot Shine and Facilities Control in Supplier News
May 07, 2021

Top 20 Engineering Schools That Produce the Best-Paid Graduates
May 05, 2021