15 Bright Moments in Artificial Intelligence at the Movies

These 15 films show how artificial intelligence has been depicted in the movies.

In this collection of 15 films, we look at examples of machine consciousness, not just clever programming. As one of the characters quipped in Ex Machina, “A computer may be able to beat you at chess, but it doesn’t know it’s playing chess.” The machines in the movies collected here have arrived at consciousness. A machine that knows it exists is one of the great excitements and deep terrors of technology. These films explore the potential ramifications when machines wake up and know they’re “alive.”

Any favorite films that we missed? Share your picks in the comments! 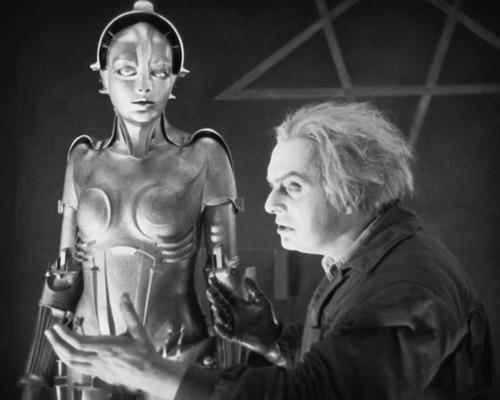 In Fritz Lang’s expressionist sci-fi epic, ”false Maria” is the robot double of the peasant girl prophet in Berlin 2026. She unleashes chaos among the city’s workers and is ultimately burned at the stake as a witch. She is the first robot depicted on film. The machine-character inspired the art deco look of C-3PO in Star Wars.
(Source: metropolis1927.com)