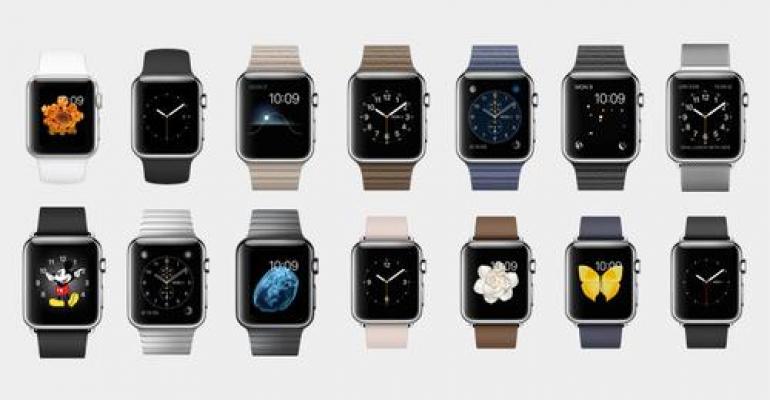 Following the recent Apple Car rumors, there was a lot of anticipation growing around today's Apple event. Would the company finally shed light on its automotive plans? The closest the company got was a minor announcement around CarPlay -- Apple's software for connecting and controlling car features via iPhone. Apple Ceo Tim Cook announced that "every major car brand" has committed to delivering CarPlay and consumers should expect up to 40 vehicles using the technology to ship by the end of 2015.

Cook did not elaborate on whether Tesla qualifies as a major car brand in Apple's mind.

The rest of the conference was purely and typically Apple -- a plethora of incremental innovations coupled with a few announcements that could either be breakthroughs or flashes in the pan depending on how consumers embrace them.

Arguably the most exciting announcement to come out of the event was that Apple is furthering its highly anticipated movements into the digital healthcare space. Jeff Williams, Apple's senior vice president of operations, was on-hand to announce Research Kit, a platform specifically aimed at transforming the iPhone into a diagnostic tool for medical research. 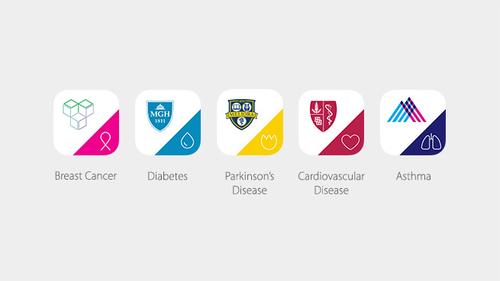 Researchers are all-too familiar with recruitment issues and problems with small sample sizes, "There are hundreds of millions of iPhone users who would gladly contribute if we made it easier to do so," Williams said.

Research Kit, created in collaboration with partners like Stanford University, UCLA, University of Pennsylvania, and University of Rochester, will utilize the iPhone's functionality to continuously collect data from willing study participants. Williams assured the crowd data would not be shared with Apple -- likely because of HIPPA compliance.

One app that tests for Parkinson's, for example, will conduct a tapping test to looking for hand tremors, detect vocal cord tremors using the iPhone's microphone, and even check for gait disturbances with the iPhone's built-in accelerometer and gyroscope.

Other apps for diabetes, breast cancer, and asthma will also be available when Research Kit launches in April. Researchers at Mt.Sinai hospital in NYC are using the Asthma Health app along with GPS to create a pathogen map of New York City and understand areas and surfaces likely to exacerbate asthma.

No word was given on whether the FDA will be monitoring or regulating Research Kit. The platform will will be open source so it will be exciting to see what other applications researchers adapt the iPhone for and if it can go beyond medical research into other areas as well.

MORE FROM DESIGN NEWS:  What Will it Take for Apple's Next Big Thing to be a Car?

The Apple Watch Will be an iPhone for Your Wrist

Apple unveiled more details of the Apple Watch including availability (April 24) as well as price tag (anywhere from $350 to $10,000 depending on the model you want). While Samsung, LG, Google, and Motorola have beat Apple to the smart watch market by over a year in some cases, the company is clearly hoping to leverage its bevy of iPhone customers (700 million according to Cook) to establish a stronghold on the market. Many of the Apple Watches features including the ability to make and receive calls, check messages, receive notifications, and other smartphone-like features are nothing new at this point and have long been a staple of smart watches like the Samsung Galaxy Gear. 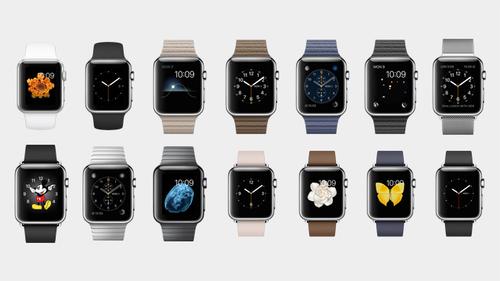 Like the iPhone however, the Apple Watch looks to be selling itself more as an app platform rather than a piece of killer hardware on its own. After all, Apple can only sell the average consumer a watch once, maybe twice, but they can sell millions of apps forever.

Kevin Lynch, VP of technology at Apple, was on had to demonstrate several apps being developed via the Apple Watch SDK. In addition to expected apps like Apple Pay - allowing you to make in-store purchases just by waving your watch - Lynch also demonstrated apps for health tracking, calling Uber, and even for quickly moving through airport TSA security by storing your boarding pass information.

Given the form factor the watch may be limited in the scope of apps that can be made for it. Mobile games, for example, are a huge market, but will developers be able to make enjoyable games for a watch? It will be interesting to see what sort of impact the Watch may or may not have on the app development landscape. Given that any Apple Watch users will also inherently be iPhone users developers may look at Watch apps as more of a bell and whistle than a useful standalone.

Whenever Apple announces a new laptop you can be certain, if nothing else, it will be thinner and lighter.

The new Macbook has that in spades, measuring at 13.1 mm thick and weighing in at 2 lbs, the laptop's size is constricted only by the fact that Apple wanted it to have a full-size keyboard. 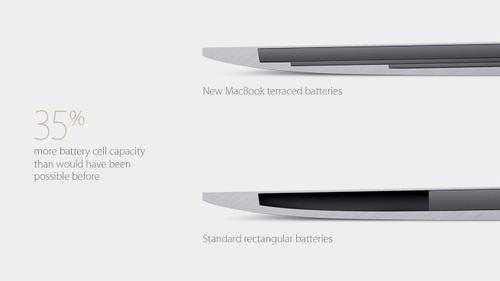 However Apple has also done some interesting things with the design and materials with this go around. A new "butterfly mechanism" allows the keyboard keys to be even thinner as well as more accurate, the new trackpad is pressure and force sensitive and features tactile feedback, and the units will include the new multifunction USB Type C port that has USB,power, and video capabilities. Under the hood Apple has given the MacBook a new, even smaller logic board as well as a Intel processor that runs on only 5 W. The lower requirements also mean this Mac will be fanless and run in silence. Apple opted to use the space saved from not including the fan to add more batteries using a custom, contoured and terraced battery that fills in the MacBook's curvature.