A Sudden End for That Famous Hitchhiking Robot -- Or Is It?

A robot that successfully hitchhiked across Canada last summer met an untimely demise only a few weeks into a similar trip across the United States.

We told you last year about hitchBOT, a collaborative art-and-technology project from researchers at Ryerson University, McMaster University, and the University of Toronto that hitchhiked from Port Credit, Ontario, near Toronto, to Victoria, British Columbia, last year during July and August.

Well, it turns out that perhaps it was hitchBOT that shouldn’t have trusted humans — at least not an unknown person or persons in Philadelphia who savagely decapitated the robot and left it on the side of the road badly damaged.

“HitchBOT’s trip came to an end last night in Philadelphia after having spent a little over two weeks hitchhiking and visiting sites in Boston, Salem, Gloucester, Marblehead, and New York City. Unfortunately, hitchBOT was vandalized overnight in Philadelphia; sometimes bad things happen to good robots,” the HitchBOT team said on the project’s website. “We know that many of hitchBOT’s fans will be disappointed, but we want them to be assured that this great experiment is not over. For now, we will focus on the question ‘what can be learned from this?’ and explore future adventures for robots and humans." 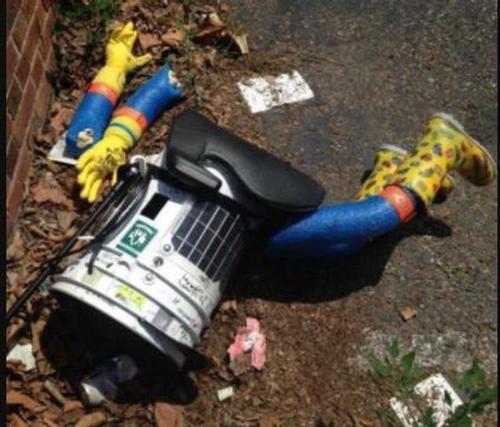 The team said it’s not interested in pressing charges or finding out who vandalized the robot. Instead, “we wish to remember the good times, and we encourage hitchBOT’s friends and fans to do the same,” they said.

One published report claimed to have video surveillance of the person who kicked the bucket of which hitchBOT’s body was made. A video on the website Deadspin shows a man in an Eagles football jersey kicking something out of sight of the camera. Gizmodo later confirmed the video to be a hoax.

No one from the hitchBOT team was available for comment at the time this article was written. But according to a published report, a Philadelphia technology firm called The Hacktory—perhaps embarrassed by the fact the robot was destroyed in its home city—has offered to rebuild the robot to help get him back on the road.

In addition to its inaugural trip last year, HitchBOT also made it across the Netherlands and Germany without incident.

Giving hitchBOT a ride demanded human interaction—people literally had to pick up the robot and put it in a car. Before being assaulted, hitchBOT had signs on him informing people of his destination—in this case, San Francisco—and some information about his purpose and how to interact with him. 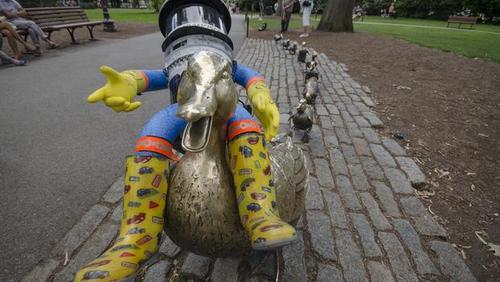 HitchBOT featured sophisticated artificial intelligence and speech recognition and processing technologies to converse with people, as well as 3G and GPS capabilities and a face comprised of LED lights that showed expressions. The robot’s body was wrapped in solar panels that could be recharged on the road to keep his energy fortified for the journey.

More updates about what will happen to hitchBOT will be available on the project website in the coming days, the team said.