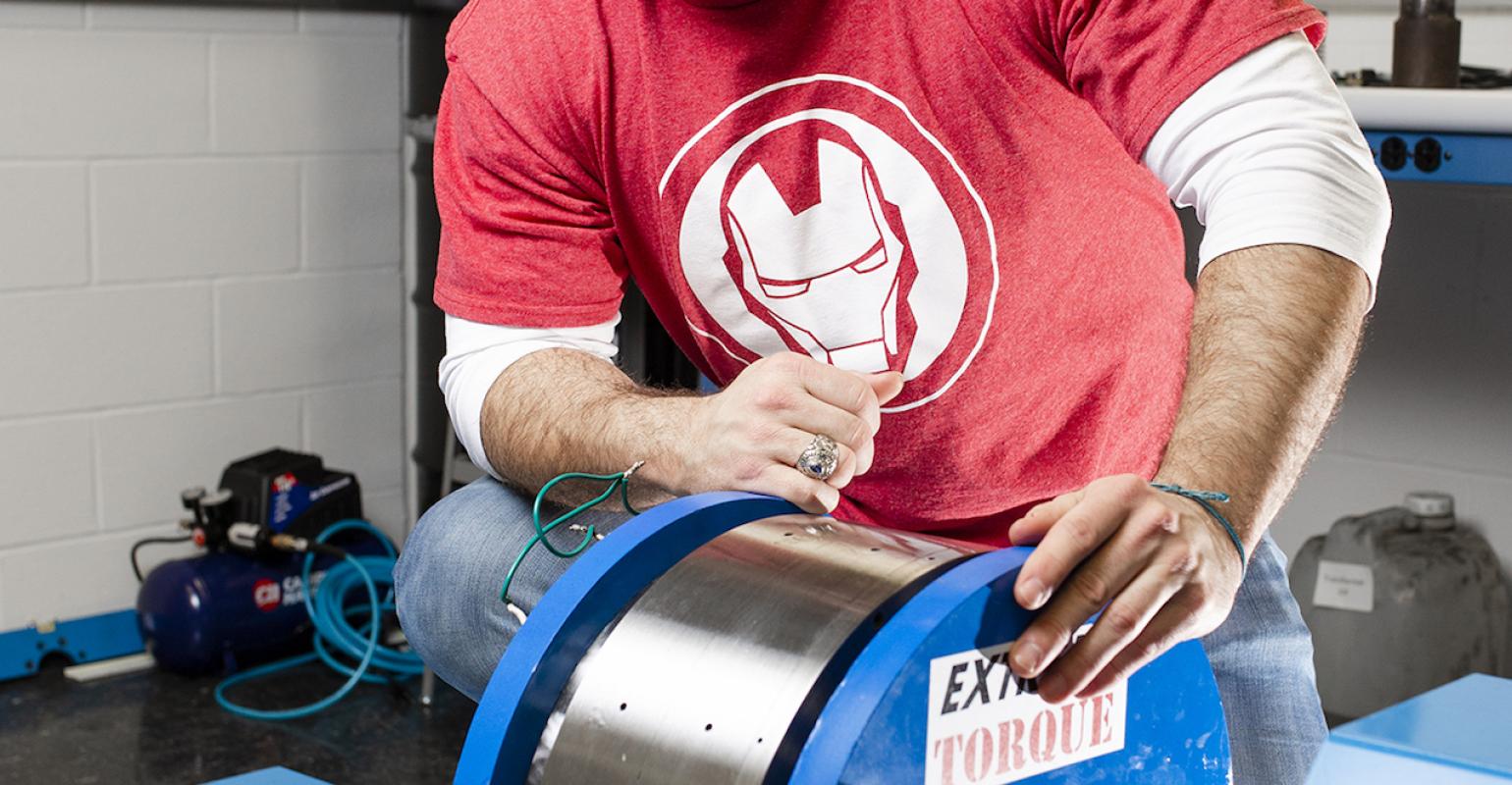 The Hunstable Electric Turbine promises to more than double available torque compared to a conventional motor.

Remember Astronaut Farmer? It was a 2006 Billy Bob Thornton film with the preposterous premise that a retired astronaut Texas rancher could assemble an Atlas rocket from spare parts and launch himself into space.

There is something almost as absurd afoot in Texas now; an electric motor startup making amazing performance claims that arose from a father/son project to improve upon the traditional Aeromotor windmill (a San Angelo, Texas product) for pumping water from wells.

Linear Labs CEO Brad Hunstable makes claims about the effectiveness of what the company dubs the Hunstable Electric Turbine, an electric motor (or generator) that would seem improbable if not for the fact that he says products employing motors from Linear Labs will hit stores early next year.

Consider this, the HET produces 2-3 times more torque than a conventional motor of the same size and specifications, it can be manufactured with no specialized tools or processes at comparable cost to traditional motors, it runs at lower voltage and uses simpler control electronics and it does all of this using iron ferrite magnets rather than the expensive rare earth Neodymium magnets that rely on Chinese suppliers.

It was developed while U.S. Military Academy alum Brad Hunstable and his father, nuclear power engineer Fred Hunstable collaborated on development of a old-fashioned many-vane-style water-pumping windmill, with the notion that it could be upgraded for use in the developing world to also produce small amounts of electricity.

The generator needed to work using the back-and-forth motion of the water pumping shaft that descends from the windmill to the well, so their generator was linear rather than rotary in motion. Hence “Linear Labs.”

A breakthrough in designing that motor led to the idea of applying their new configuration to electric motors. “Linear Labs has been in R&D mode for the last four years trying to understand a discovery my father made,” Hunstable explained. “The next phase it to commercialize it.”

To do that, Linear Labs has contracted with a variety of manufacturers to start making the motors, and with products headed to consumers early next year, these are not just proof of concept motors. “We have built what we believe are the electric motors and generators of the next wave of electrifications,” he said.

Hunstable addresses the litany of questions that arise head-on. “We raised money, we hired PhDs; it’s very real. We’ve built these motors. We understand how it works. We understand manufacturing them. We understand their thermal characteristics.”

He draws a parallel to LED lighting, with a new technology producing more from less. “For the same size weight and input energy, our motors will always produce 2-3x the torque of any electric motor in the world.”

Regular electric motors waste energy that is lost through magnetic flux leakage, he said. Linear’s breakthrough is what Hunstable calls a magnetic tunnel to contain that leakage. “We completely encapsulate the stator in magnets. All the magnetic flux is in the same polarity, which focuses all that magnetic flux right in the middle of the stator, providing high flux density.”

Without motors to test or third-party verification, of course skepticism is warranted. But we’ll know soon enough, because Hunstable says that an electric scooter company will bring the motors to market early next year. Those scooters will provide stronger acceleration with heavier passengers and travel 10 percent farther on a charge, the company says.

The small motors needed by scooters are a natural starting point because it allows Linear Labs to scale up its production volume, but electric cars are in the plan. The HET’s strong torque will eliminate the need for gear reduction, and its greater efficiency will permit use of smaller, lighter, cheaper battery packs to deliver the same driving range, creating a virtuous cycle of improvement.

The automotive market, of course, has very long product development cycles, and cars using Linear Labs’ motors won’t appear before 2021 or 2022, Hunstable said. Linear Labs’ next step is another short lead time product, home air conditioners and heat pumps, which should be available by the end of 2020.

Hunstable emphasizes that the electric motor design is suitable for anything using electric motors, big or small. The upcoming scooters, and all products using the HET motors will feature Linear Labs branding on the outside in a bid to establish an “Intel Inside” like brand affinity among consumers, according to Hunstable.

The company is following a rational strategy of launching with less expensive, shorter lead time products while simultaneously working toward costlier, longer-lead products such as cars, and later, vertical take-off and landing electric aircraft, he said.

Those VTOL aircraft target the emerging possibility of an air taxi industry. That’s not exactly the same as building your own Atlas rocket and flying to space, but it seems close enough for now.