Storing solar power for use around the clock is especially critical in underprivileged regions of the world where traditional forms of electricity are unreliable but solar energy is abundant.

India is one of these regions. Though the country has a significant supply of solar energy, solar electricity planners there have long struggled with how to store solar energy for reuse later, reports Stephen Padilla in an article from our sister publication EE Times. 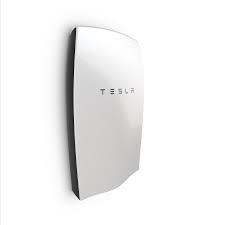 Introduced by Tesla CEO Elon Musk in July, Powerwall is a lithium-ion battery that recharges using electricity generated by solar panels. The energy stored in the device can be used in a number of ways, either as a power source for industrial and home applications or as a back-up energy source. It can also help to reduce grid power consumption during peak electricity hours when grid power costs more.

"Powerwall offers independence from the utility grid and the security of an emergency back-up," Tesla said at the time of the launch.

Modi is eyeing Powerwall as a way to help achieve the Indian government’s plan to add 100,000MW of solar power by 2022 with 40,000MW each from rooftop and distributed generation projects, Padilla reported.