Electric powertrains are stealing the spotlight, as automakers showcase their best and brightest battery-powered vehicles, during the Paris Motor Show, Oct. 1-16.

Electric powertrains are stealing the show in Paris, as automakers showcase their best and brightest battery-powered vehicles.

Daimler, Volkswagen, Renault, BMW, and others are providing a glimpse of the auto industry’s future, unveiling cars with greater efficiency and longer all-electric driving ranges, during the Paris Motor Show, Oct. 1-16.

We’ve collected photos of a few of the best. From fuel-efficient compacts to racy hybrids to smart gasoline-powered SUVs, the following are some of the brightest concepts from the Paris Motor Show. 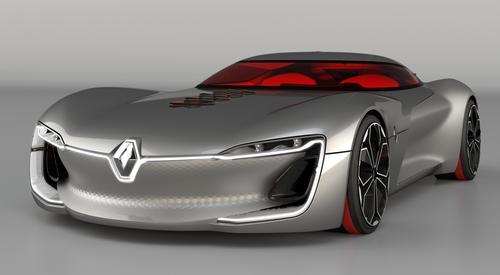