Solar and wind energy are becoming more viable as a source of energy on the electric grid. For decades, the major drawback to solar and wind was that they’re temperamental. A cloudy day kills solar and a still day renders the wind turbines useless. Automation tools, however, are providing a path to help these renewables become practical. 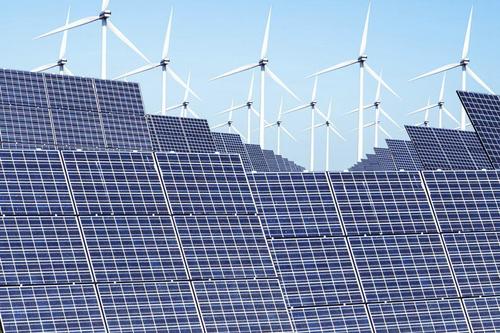 Solar and wind have become viable sources of electricity thanks to automation tools.
(Source: National Instruments)

Faster control loops that operate in substations near the solar and wind energy sources can help smooth the ups and downs of weather. “The typical control loops today are too slow for solar and wind,” Brett Burger, senior product manager at National Instruments, told Design News. “If your data changes in sun and wind is sent to a control command, then control command sends a response, it’s not fast enough. Traditional control will not scale at a pace that will work for renewals.”

Burger has seen this issue solved by using substation automation. A single substation can monitor the input of solar or wind. With instant data, it can make instant changes. “The substation automation can take into account weather reports or instruments with sensors that read the weather,” he said. “When a cloud comes over and the solar drops, instead of the substation going to central control to ask what to do, it will take control on its own.”

There are remedies to help make the flow of energy continuous even if the production is uneven. For one, the substation can go to battery storage. “It will become common for substations to have storage for this reason,” said Burger. Or, the substation might not go to batteries. Instead it might drop off the load. “For some energy customers, it’s OK for some of their appliances to be turned off at certain times,” he said. “The substation can handle all of these decisions using automation, without being tied to central control.” 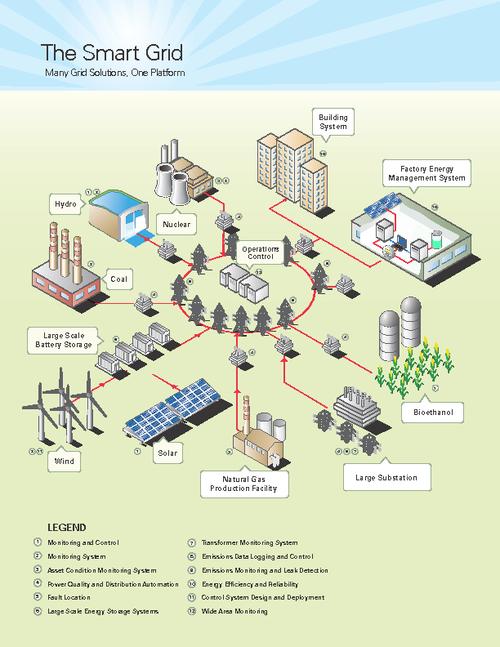 The traditional power grid is giving way to the grid of the future; a smart grid that draws on solar and wind.
(Source: National Instruments)

Burger notes there are increasing numbers of small energy stations -- microgrids -– that are becoming part of extended “smart” grids. “The future belongs to intelligent devices on the grid,” he said. “The control system is making decisions based on input from these devices.” The substation is becoming the hub of the microgrids. “It’s a different way to organize the grid. Microgrids are segmenting control. It’s a small version of a grid."

A Picture of the Future Grid

As solar and wind become more widely used for energy, the grid will begin to change. Burger expects to see the emergence of smart grids that will incorporate wind and solar across multiple microgrids. “We’re going to see a microgrid scheme. It’s not going to replace everything all at once, and some utilities are going to have more renewables than others," he said. “There will be a growing trend for intelligent gateways that communicate with intelligent devices to help coordinate the local control.”

MORE FROM DESIGN NEWS: Do You Want Your Own Portable Wind Turbine?

Burger believes the Internet of Things (IoT) will play a major role in the eventual rollout of the smart grid. “We will see billions of machines talking with billions of other machines. That will play out on the grid in the future. They will all talk with each other.”