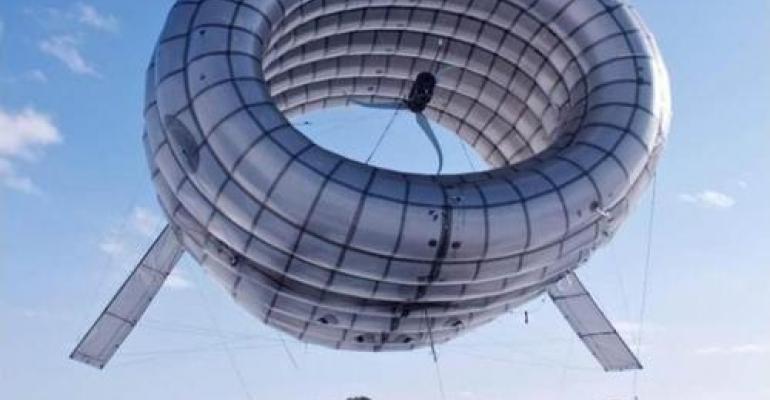 The turbine climbed 350 feet into the air, produced power at altitude, and landed, all automatically. During testing at high altitude, the AWT generated more than twice the power of a tower-mounted turbine located at a conventional tower height, according to the company.

Airborne wind turbines take advantage of winds found at altitudes over 1,000 feet, which can be up to five times stronger and more consistent than those reached by traditional tower-mounted wind turbines. The AWT uses modern inflatable materials that can lift wind turbines into more powerful winds in almost any location. 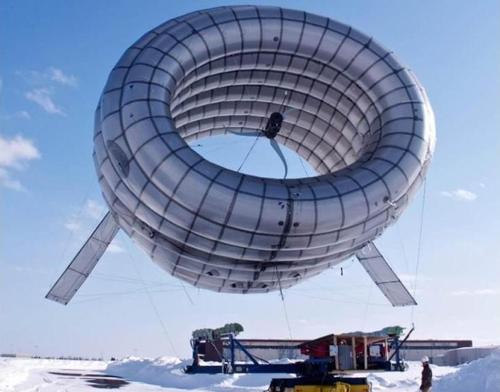 During testing, the AWT was successfully transported and deployed into and out of the air from a towable docking trailer. It uses a platform that is easy to set up from a shipping container and is cost competitive with alternate methods. "For decades, wind turbines have required cranes and huge towers to lift a few hundred feet off the ground where winds can be slow and gusty," said Ben Glass, the turbine's inventor and Altaeros CEO, in a press release.

Fabricated jointly by Altaeros and Doyle Sailmakers, the AWT achieved several key milestones during its tests, including fully-automated operation during landing and while in the air. Altaeros adapted the AWT's automated lifting technology from aerostats, which are industrial versions of passenger blimps that are rated for surviving hurricane-level winds. Their safety features ensure that the turbine will descend slowly to the ground. Aerostats have lifted and carried heavy communications and radar equipment into the air for decades.

While aloft, the AWT's helium-filled, inflatable shell lifted a Southwest Skystream turbine in the air. It was held steady by tethers that also send electricity down to the ground. The turbine also produces power while docked.

With its first commercial product, Altaeros aims to reduce energy costs by up to 65 percent by harnessing high-altitude winds and by reducing installation time from weeks to days. The AWT is also designed to require minimal maintenance and to have virtually no noise or environmental impact. Altaeros expects the AWT will replace diesel generators and the expensive fuel that powers them at remote military and industrial sites, as well as remote villages. Eventually, the company expects to scale up the technology and broaden it to the offshore wind market to reduce costs there.

Watch a video of the prototype's test here.