What’s the Difference Between Today’s US Space Force and the Reagan Era Star Wars? 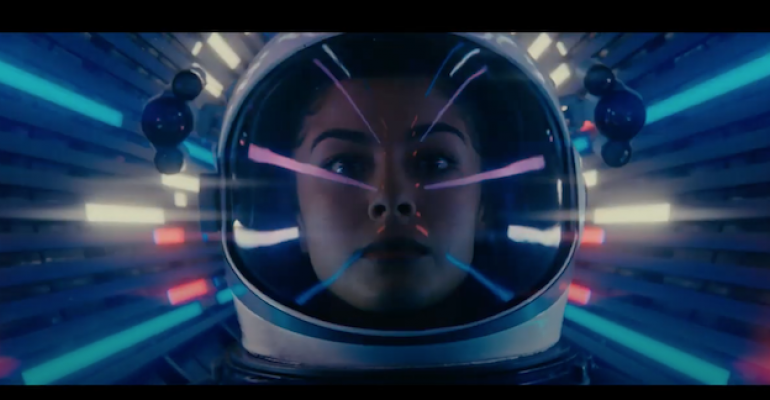 The dawning of the U.S. Space Force invites comparisons to the Strategic Defense Initiative (SDI) of the late 1980s.

The U.S. Space Force is being brought to life with federal funding and contractor rockets and electronics. This might be a good time to remember the lesson’s learned from the earlier Reagon era Strategic Defense Initiative (SDI) program.

First, let’s check out what’s behind the Space Force. A few years back, President Trump floated the idea of a space force as a new branch of the military. The Pentagon was quick to remind the president that a space force already existed in the armed services, mainly under the purview of the Air Force. No matter, the White House believed a new initiative was needed especially in light of the tensions and trade war with China. Dominance in space was the rallying call.

For those of us working in the defense industry in the 1980s and 90s, this all seemed eerily reminiscent of the famous “Star Wars” program initiated by former US President Ronald Reagan during the Cold War era. Officially known as the Strategic Defense Initiative (SDI), the program focused mainly around a space-based anti-missile system aimed at protecting US from potential preemptive military strikes from the former Soviet Union.

At the time, the main components of the SDI were considered technologically impossible – i.e., anti-ballistic missiles including lasers and electromagnetic weapons. While there were some successes, the program failed to meet its loftier technical goals.

Now let’s fast forward to today. While many dangers persist in the world, it’s not clear that the most imminent threat is from space. For example, it would be far easier and less costly to launch a cyberattack against an enemy’s infrastructures, steal technology IP, rig an election process or upset financial markets than to dominate in space.  Regardless, the race to create a space force has been awakened and – more importantly – funded.

The proposed 2021 budget for the U. S. Space Force – established under the Department of the Air Force - would transfer over $15 billion from its parent military branch. Additionally, the Department of Defense Budget requests $1.6 billion for three National Security Space Launch vehicles, the AFSPC-36, AFSPC-87 and AFSPC-112. From congressional committee reports, it appears that the bulk of the Space Force budget will go to the procurement of space systems and not for additional personnel, although recent advertisements encourage enlistment into the Space Force.

On the contractor side of Space Force funding, Northrop Grumman has received a $2.37 billion contract to develop two satellites that will be part of a future constellation that provides the U.S. military early warning of incoming missiles. The contract will be part of the Next-Generation Overhead Persistent Infrared missile warning satellites, which will be deployed in polar orbits.

Even Elon Musk’s SpaceX is getting into the act, which is hardly surprising consider the numerous successful launches of the Falcon rockets to the ISS. The recent award of an $8.9 million "fleet surveillance" contract gives the Space Force a closeup view of the inner workings of SpaceX commercial and civil space launches.

Not to be outdone by reality, Netflix has created its own Space Force TV series. According to Netflix, the series focuses on a four-star general’s begrudging efforts to team up with an eccentric scientist to get the U.S. military's newest agency ready for lift-off.

As we stand at the beginning of the Space Force effort, what lessons can we learn from its predecessor, the Strategic defense initiative? The goal of the SDI was to, “defend the United States from incoming nuclear missiles by a combination of land and space-based weapons. Sensors at battle stations placed on land or in space would detect Soviet missiles when launched.”

In contrast, the mission of the Space Force is to, "organize, train, and equip space forces in order to protect U.S. and allied interests in space and to provide space capabilities to the joint force.” Additionally, the Space Force is a new branch of the military and not a R&D and new technology creation program like the SDI.

One of the main challenges faced by the SDI was that the vision far exceeded the maturity of the technology. In the late 1980s, the American Physical Society concluded that the technologies required were decades away from being ready for use, and at least another decade of research was needed to know whether such a system was even possible.

By contrast, the mission of the Space Force is one of watching and occasionally helping the commercial sector’s progress in space, e.g., participating in SpaceX launches including the broadband satellite constellation projects. True, some funding has been awarded to aerospace contractors for early missile warning system technologies in a manner similar to the SDI. Perhaps it is just too early to tell the ultimate goal and resulting legacy of the Space Force.