It seems like every few months news of yet another successful rocket launch into space is announced. Most – but not all – of these announcements come from private companies launching communication satellites payloads. The rocket companies are hoping to capitalize on the coming Internet of Space (IoS), which promises global broadband communications.

The rise of private spaceflight companies – primarily in the US – means more rockets are launching into space than ever before. Most of these rockets launch satellites into low orbit but some carry astronauts into much higher orbits. In the near future, some launch vehicles will even carry tourists, e.g., SpaceX's Dragon, Boeing's CST-100 Starliner, Virgin Galactic, and Blue Origin. (The latter two seem primarily focused on the nascent space tourist industry).

Space Exploration Technologies, also known as SpaceX, was founded by Elon Musk with the aim of reducing space transportation costs to enable the colonization of Mars. SpaceX has developed the Falcon launch vehicle family and the Dragon spacecraft family, among others. The company made history again in 2012 when its Dragon spacecraft became the first commercial spacecraft to deliver cargo to and from the International Space Station (ISS). The company’s Starlink mission is a satellite constellation design to provide satellite Internet access. The constellation will consist of thousands of mass-produced small satellites.

ULA was formed by the union of Boeing and Lockheed Martin in 2005, using the Delta IV Heavy launcher to get large payloads into space. But the price tag for that rocket is high, several times more than SpaceX’s Falcon Heavy platform. That’s why ULA is working on a more powerful and semi-reusable launcher known as the Vulcan. The recyclable portion of the Vulcan system will be the engines.

The ArianeGroup is billed as the guarantor of Europe’s autonomous, reliable access to space. In 2015, the ArianeGroup was founded as a joint venture of the European aerospace company Airbus and the French group Safran. The ArianeGroup is the primary contractor for manufacturing of the Ariane 5 launch vehicle, and provides commercial launch services through its subsidiary Arianespace. In 2018, Ariane 5 celebrated its 100th launch. The company is working on the Ariane 6 to carry heavier payloads, which may launch in 2020.

Amazon billionaire Jeff Bezos founded Blue Origin in 2001 to be initially focused on suborbital spaceflight. Several of its suborbital New Shepard vehicles have been built and flown, although only a handful of satellite missions have been performed. The main focus of the company seems to be launching people to space aboard the New Shepard. In September 2016, Blue Origin announced its plans for the enormous, reusable, and orbit-capable New Glenn rocket system.

The company was formed in 2017 to developed an air-launched rocket carried by the Cosmic Girl aircraft – a previous project of Sir Richard Branson’s Virgin Galactic. Virgin Orbit (part of the Virgin Group) plans to provide launch services for small satellites. In July 2019, the company announced that it had completed a key drop test of its LauncherOne vehicle, the last major step in the development program of the launch service. More recently, Virgin Galactic opened a 'Gateway to Space' in New Mexico for its tourists in space program using the USS Unity aircraft.

Stratolaunch Systems, founded by Paul G. Allen, consists of a carrier aircraft called the Stratolaunch and a multi-stage payload launch vehicle (still being built). The payload vehicle would be launched at high altitude into space from under the carrier aircraft. In April 2019, the Stratoluanch aircraft completed its first complete flight. In October 2019, the company announced continuing regular operation and change of ownership without naming the owner.

US – NASA and Military

The US Government/Military still rely heavily on Delta IV, Atlas V and more recently SpaceX Falcon 9 rockets to launch most of their satellite and other payloads. Meanwhile, NASA has designed and is testing the Space Launch System (SLS)as the foundation for a generation of human exploration missions to deep space, including missions to the Moon and Mars. The SLS will send the Orion spacecraft, its astronaut crew and cargo to deep space.

The China National Space Administration (CNSA) is the national agency that co-ordinates the country’s space activities. In 2019, China launched 27 orbital missions – more than Russia or the US separately for the same time period. One of the recent launches was for the Beidou navigation satellite launched by a Long March 3b carrier rocket from the Xichang Satellite Launch Center.

The Indian Space Research Organisation (ISRO) is the space agency of the Government of India. The Polar Satellite Launch Vehicle (PSLV) is the workhorse and third generation launch vehicle of India. The Geosynchronous Satellite Launch Vehicle Mark II (GSLV Mk II) is currently the largest Indian launch vehicle. The most upcoming event will be the launch of PSLV-C47 carrying Cartosat-3 scheduled on November 25, 2019.

The Agency that coordinates the space activities for Russian is known as Roscosmos. It performs numerous civilian activities including Earth monitoring and the astronaut program. Roscosmos launch vehicles include the R-7 (commonly known as the Soyuz rocket) and the Proton. 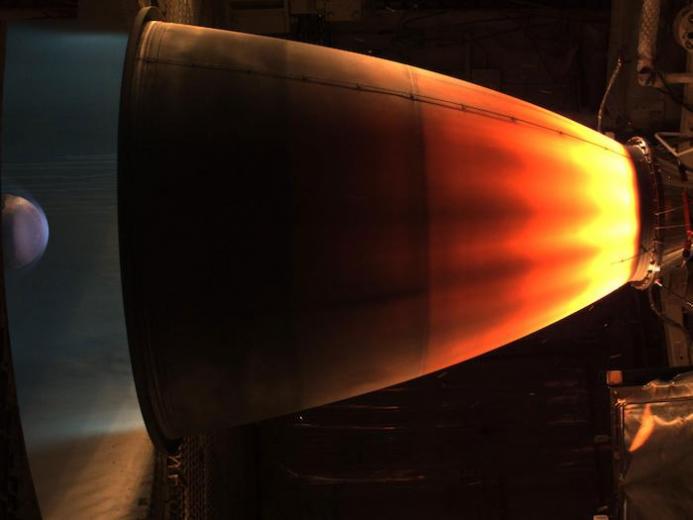