Return to Earth and Splashdown 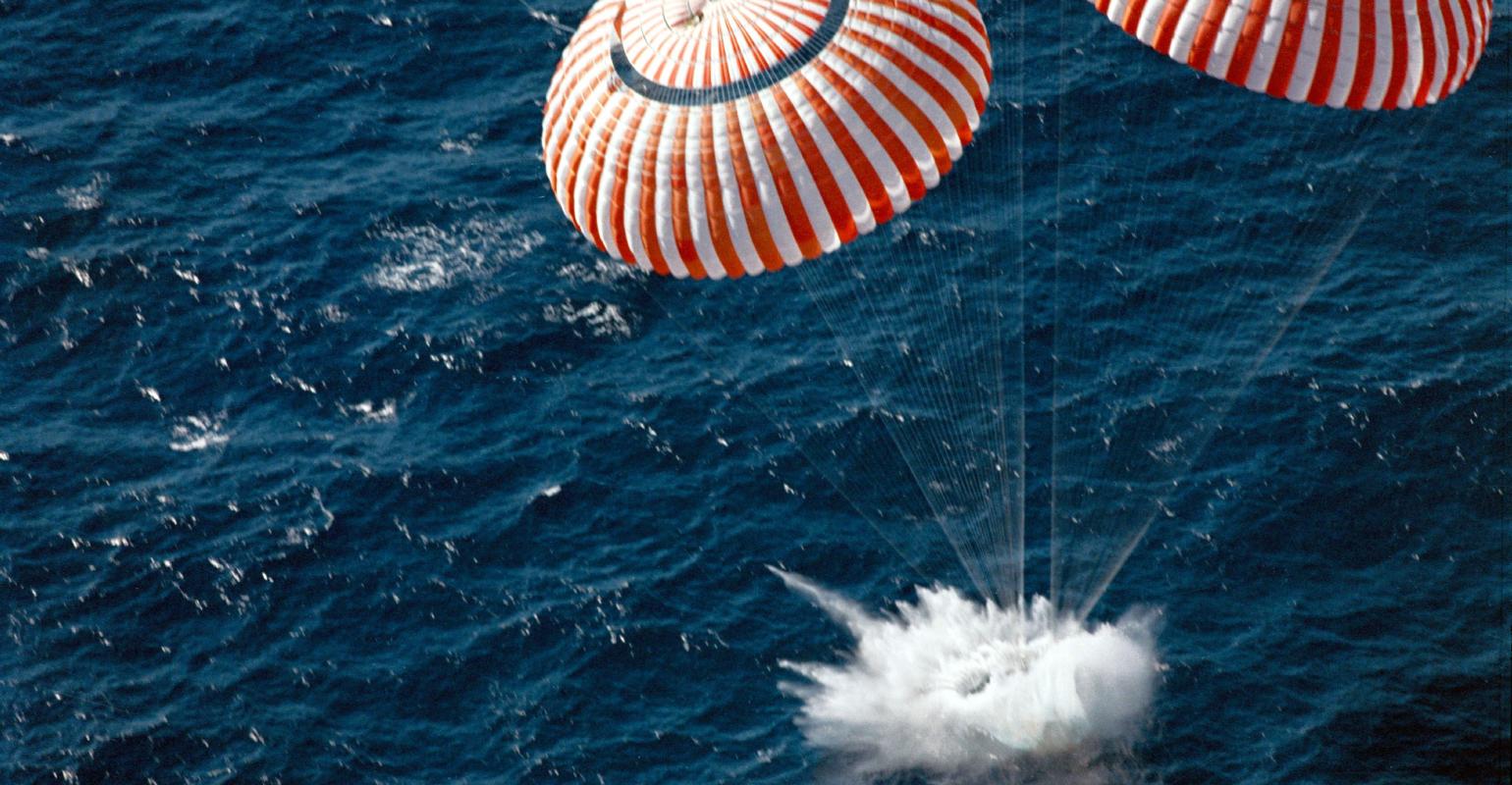 SPACE WEEK: Re-entry from space has never been easy, but Apollo 11 successfully returned from the Moon and ended its historic journey on July 24, 1969.

Returning from the Moon took two days for Apollo 11, during which time two more television transmissions were made by the astronauts.

Re-entry procedures were initiated on July 24, 44 hours after leaving lunar orbit. The Command Module (CM) separated from the Service Module (SM) and was rotated around to a heat-shield-forward position. Because of bad weather in the original Pacific Ocean target area, the landing point was changed by about 250 miles. The CM Columbia entered the Earth’s atmosphere at 12:35 pm, protected from the intense heat, caused by friction with the air, by the spacecraft’s heat shield.

As Apollo 11 entered the denser part of the atmosphere, three parachutes were deployed and Columbia splashed down 13 miles away from the USS Hornet recovery ship. Apollo 11’s total flight time to the Moon and back had been 195 hours, 18 minutes, and 35 seconds. After the spacecraft hatch was opened by the recovery crew, the astronauts donned isolation suits to ensure that they wouldn’t spread any possible lunar microbes. President Richard Nixon was on-board the Hornet to congratulate and welcome the astronauts home. These three men had just returned from one of humankind’s most remarkable, challenging, and historic journeys.