One Giant Leap For Mankind 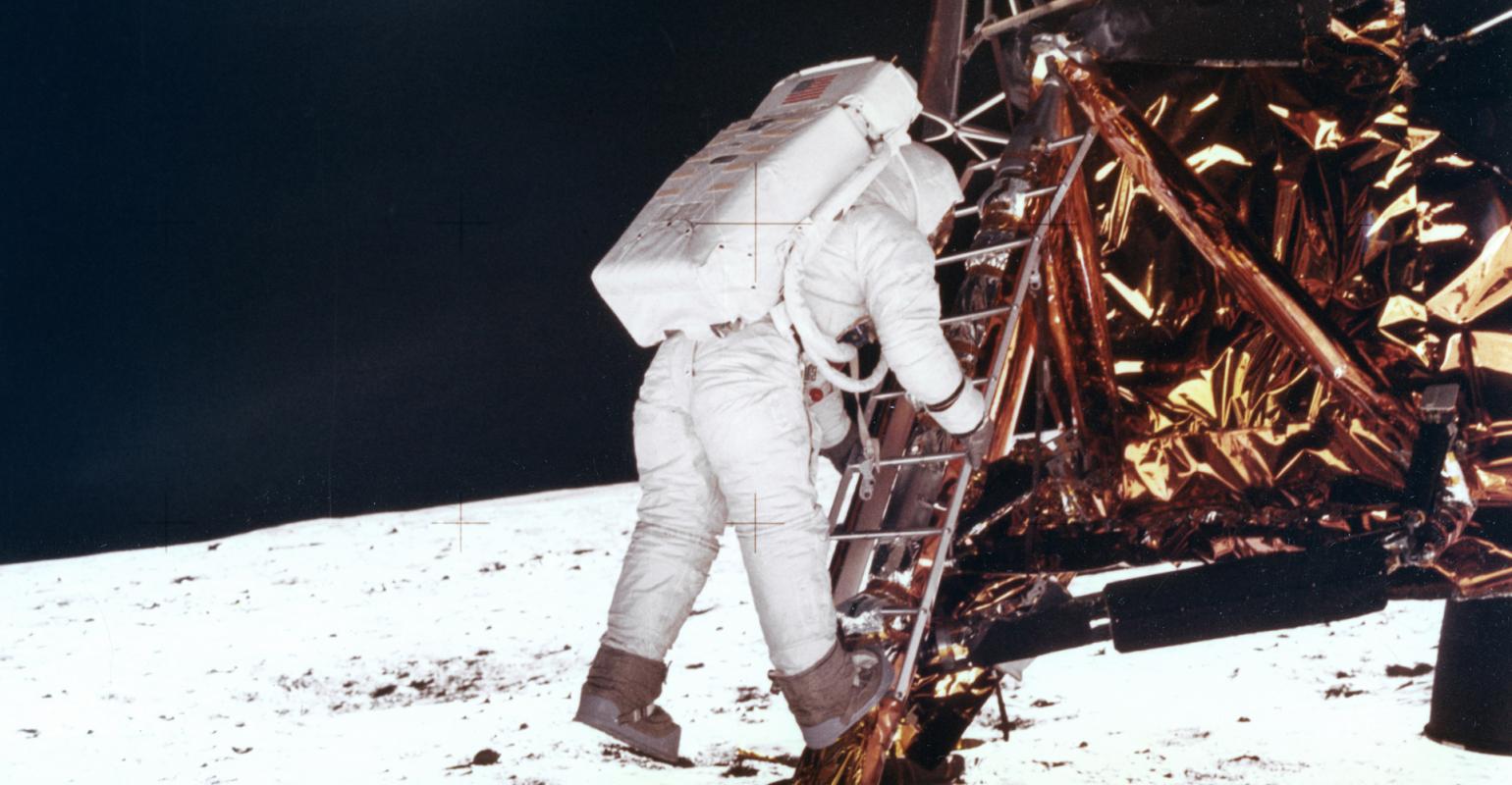 With Eagle landed on the lunar surface, the flight plan called for the astronauts to begin their explorations after a four-hour rest period. The rest was quickly abandoned as Armstrong and Aldrin began their preparations. Even so, it was almost four hours after the landing that Armstrong emerged from the Eagle and deployed a black and white TV camera from the side of the LM in order to beam images of his first steps back to Earth.

Armstrong descended a ladder at 11:56 p.m. on July 20, 1969, and uttered the words, "That's one small step for man, one giant leap for mankind." About 20 minutes later, Aldrin followed him. The camera was then positioned on a tripod about 30 feet from the LM. Half an hour later, President Nixon spoke with the astronauts by telephone link from the White House.

During the EVA, in which they both traveled up to 300 feet from the Eagle, using a sort of hopping gate to move about on the low gravity lunar surface. Aldrin deployed the Early Apollo Scientific Experiments Package (EASEP) experiments. Armstrong and Aldrin both gathered the all-important lunar surface samples. After spending one hour, 33 minutes on the surface, Aldrin re-entered the LM, followed 41 minutes later by Armstrong. The astronauts had been outside the LM for more than two-and-a-half hours.

Armstrong and Aldrin would spent 21 hours, 36 minutes on the moon's surface. That included a rest period with seven hours of sleep. The next phase of the mission, firing the LM ascent stage so that Eagle could return to a rendezvous with Columbia would be one of the most dangerous parts of the mission. If it failed to ignite, the two astronauts would be stranded forever on the surface of the Moon, with no hope for rescue.

"That's one small step for man, one giant leap for mankind."