HomeIndustryAerospaceThis Motor Maker Is Heading Into Space and Killing It
Recent
Industry
Using AI To Help the Deaf Communicate
May 19, 2022
Argo AI Expands Driverless Operation to Austin and Miami in Search of More Challenges
May 18, 2022
12 Ideas that Could Change the World
May 18, 2022
Making the AC Power Main Intelligent
May 18, 2022
POLL
How to Make Sure Your Digital Transformation Doesn’t Fail
May 18, 2022
The Internet's Grooviest Slideshow of Legendary International Scouts
May 17, 2022
Electronics Industry Bolsters Root of Trust Security Efforts
May 17, 2022
3 Tips for Embedded Software Configuration Management
May 17, 2022

This Motor Maker Is Heading Into Space and Killing It 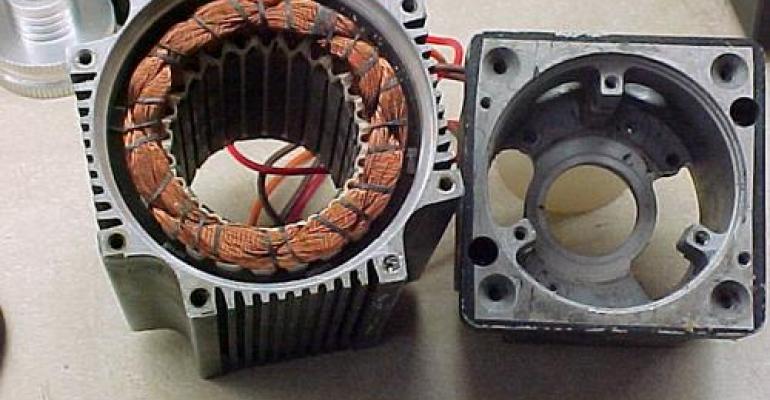 As commercial space flight becomes a reality, it has launched a movement to develop industrial systems that will operate in a variety of harsh environments from the intense G-forces of vehicle launches, to zero gravity, to temperatures far beyond those on Earth. While some of the most urgent problems for motors in space have been largely solved in previous decades -- bearings and lubrication issues, in particular - there are new engineering challenges as motors are custom-developed for space applications. Typical motors are designed for low cost and high manufacturing volume. For space applications, the precise opposite is true.

Rohnert Park, Calif.-based Empire Magnetics Inc. has a tagline: "Motors that survive." The company designed and built some of the momentum controls for the Wake Shield Facility, an experimental science platform that was placed in low earth orbit by the Space Shuttle. The facility is a 12-foot-diameter free-flying stainless steel disk designed to redirect atmospheric particles around the sides to create an "ultra vacuum" that is used to study epitaxial film growth.

Empire also custom-built and designed an actuator for commercial space flight company Orbital Sciences. The actuator needed to be exceptionally stiff to be able to operate under the extreme G forces of flight launches. The company's solution used a double-ended screw combined with a hollow-shafted motor; it was a design that placed all of the thrust loads on the screw, so the motor needed only enough torque to turn the screw.

Richard Halstead, Empire's president, in an interview with Design News, noted that the difference between Earth motors and space motors is that the former do not have to take into consideration the selection of materials that will survive vacuum, space radiation, or temperature extremes. There is also the cost of a motor failure in space.

"The cost of failure for the supplier of a standard industrial motor is typically limited to the cost of a replacement motor," Halstead told Design News. "The cost of a failure in space can be exceptionally high. Due to the steps in the manufacturing process, taking a motor completely apart and reassembling it is not feasible, as there won't be enough material left to re-establish dimensional tolerances."

For typical motors, when high reliability is required, designers create mechanically redundant designs. Mechanical redundancy, however, comes with size and weight penalties that make motors impractical for use in space, and their performance may also be affected. The inertia of two rotors takes more torque and power to accelerate than does one. Empire believes that the most practical solution is having redundant electrical circuits in the same mechanical motor housing.

Another great challenge, said Halstead, is overcoming the tendency of lubricants, varnishes, and glues to outgas in a vacuum environment. Traditional motors are made of iron, which is stamped, coated, glued, stacked, and assembled into the basic motor structure, and this can cause serious problems, as can lubricants that are added to reduce tool wear during stamping operations.

"If there is a significant level of outgassing, the material evaporates, and then re-deposits on everything inside the chamber," Halstead told Design News. "The bearings can fail for lack of lubrication, while the contamination can fog optics or foul manufacturing processes."

Temperature is one of the next biggest challenges. The "thermal shock" of space can see equipment cycle from temperatures of 200 degrees C in direct sunlight to temperatures of -200 degrees C, all in a few seconds. For spacecraft designed to go further than low Earth orbit, deep space temperatures of 20 Kelvin (-253 degrees C) can be expected. Warping due to thermal shock can cause mechanical lock-up of the motor, and different material expansions from thermal cycling can also cause motor lock-up. Adapting a traditional motor design for use in space is therefore asking for trouble, according to Halstead. 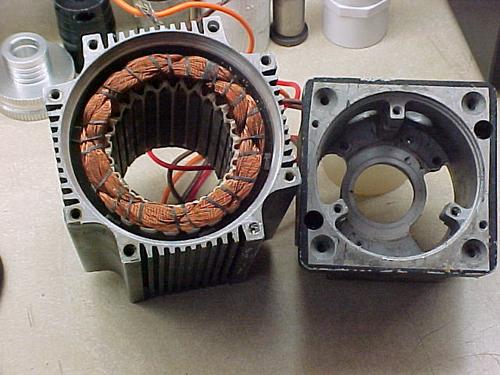 "Metals need to be stress-relieved; otherwise they warp or deform due to the temperature cycling," he said. "Cold metals become brittle, so this has to be considered when doing strength calculations. Copper shrinks faster than steel, and epoxy changes dimensions faster than magnetic iron. If these factors are not considered, the motor is likely to fail."

Even repair processes are fundamentally altered in space applications. While individual components can be replaced on Earth, the nature of space repair - think astronauts in bulky spacesuits with limited visibility and low manual dexterity - means that whole systems must be replaced rather than repaired. If the motor fails, it will most likely damage the electronics, so it becomes safer to simply replace the whole unit.