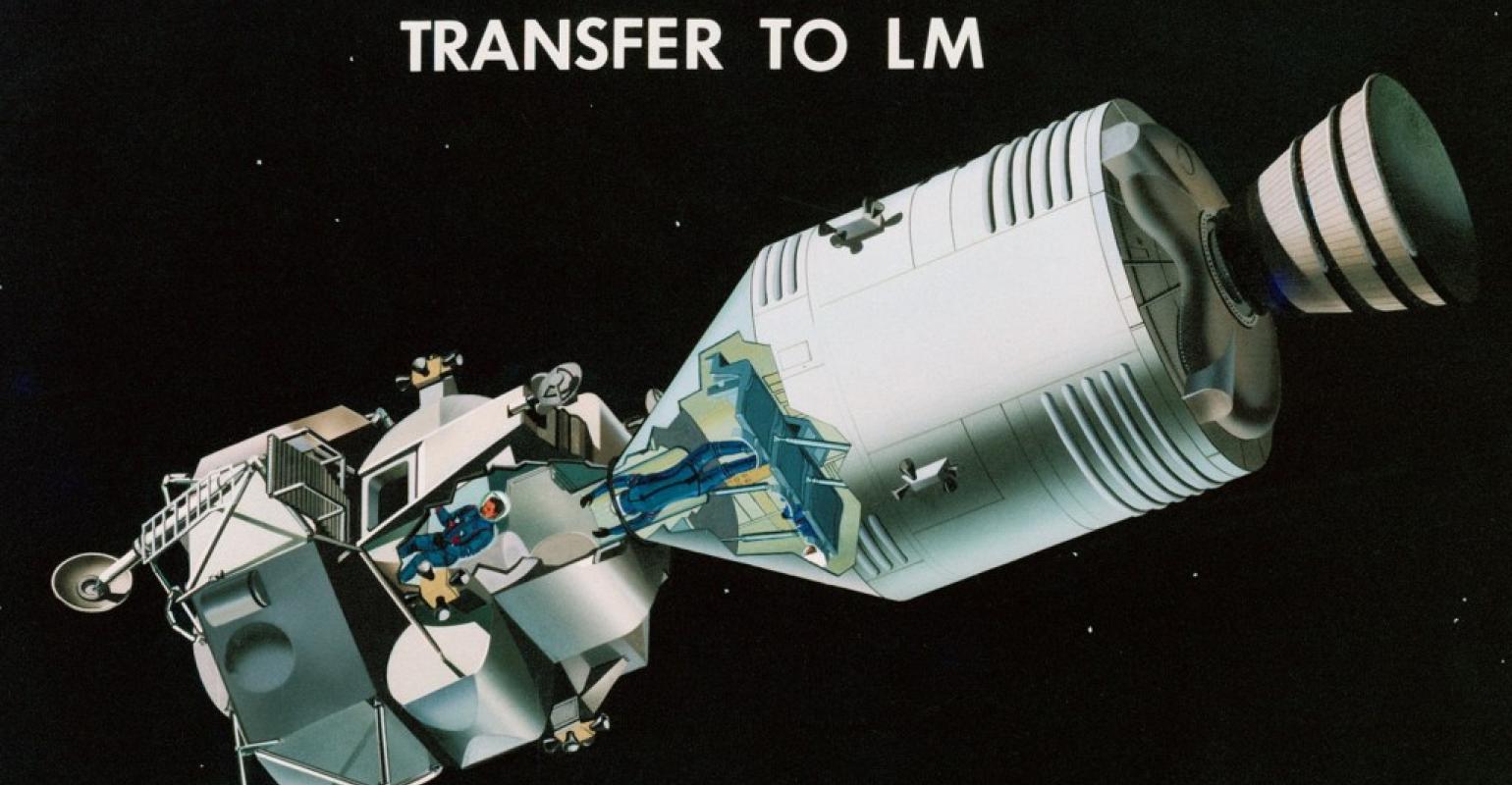 On the third day of the Apollo 11 mission, it was time to check out the lunar module.

Apollo 11 consisted of three separate modules: the command module (CM) where the crew of three spent most of the journey, a service module that contained fuel cells, oxygen tanks and rocket engine that would take them to the moon and back, and the Lunar Module (LM) that would carry Armstrong and Aldrin to the surface of the moon.

On July 18, at a distance of 201,000 miles from the Earth and a mere 55,200 miles from the moon, the astronauts started another television transmission while opening the hatch to the Lunar Module named Eagle. Armstrong moved through the 30-inch hatch into Eagle, followed by Aldrin and the pair checked over the lander to make sure that nothing had gone amiss during the liftoff and journey across space to the moon.

Later that evening, the Apollo 11 spacecraft passed from the gravity of the Earth into the gravitational field of the Moon. Traveling at just over 2,000 miles-per-hour, they would soon enter orbit around the moon, in preparation for a landing, just two days away, on July 20.