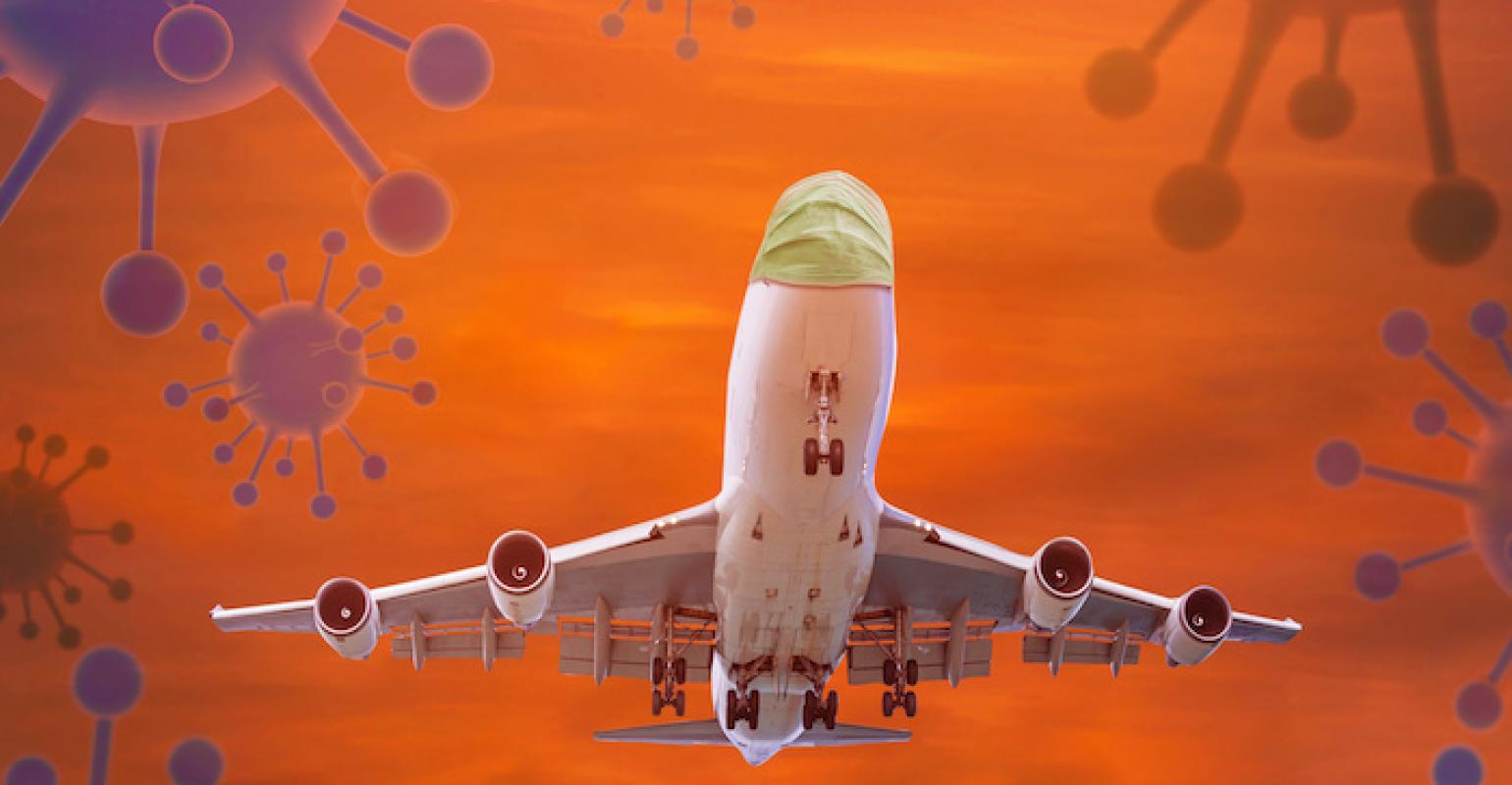 The Internet of Avionic Things (IOAT) sensors and networks previously used for avionic MRO and infotainment may be tweaked to help fight coronavirus.

How have IoT technologies changed the aviation and aircraft markets? In the pre-COVID-19 era – pretty much anything before the start of 2020 – the sensor, processor and network rich IOT systems were used to measure and improve aircraft operation dynamics and the experiences of airline pilots, on-board and ground-based crews, and passengers. However, with the beginning of the COVID-19 era, a new more critical driver has been added to the mix, namely, the tracking and hopefully mitigating the effects of the global disease during flight travel.

The aviation industry presents a unique and substantial opportunity to leverage even more benefits from the commercial and industrial versions of the IoT. What has emerged is the Internet of Avionic (or Aircraft) Things (IOAT), which have improved almost all aspects of the airline industry from ground maintenance support and operations to crew safety and passenger infotainment systems.

The explosive growth of data from connected Internet-of-Things (IOT) devices will ultimately be a major revenue generator in the avionics space. For example, just consider the data generated by modern jet engines and how it will enhance the Maintenance, Repair, and Overhaul (MRO) of fleet aircrafts.  Or consider the in-flight entertainment and connectivity (IFEC) systems which are being shaped by high-tech electronics like HD screens and touchscreens, as well as by low-tech advances like seats that accommodate tablets.

Today, the average number of sensors monitoring the health of aircraft engines is about 250 devices per engine. These devices provide a snapshot of data at any one time. But with the availability of inexpensive and “smart” sensors, that snapshot is turning into a continuous stream of data. The challenge is how to quickly analyze the higher volume of increasingly more accurate data. The same data challenges – although at a lesser level of volume – is also happening on the In-Flight Entertainment commercial side of the aviation industry.

Modern aircraft engine monitoring systems are quickly growing from several hundred to several thousand sensors. For example, the Bombardier C Series jetliner carries a Pratt & Whitney’s Geared Turbo Fan (GTF) engine, which is fitted with over 5,000 sensors that generate up to 10 GB of data per second. Thus, a single twin-engine aircraft with an average flight time of 12-hours from Los Angeles to New York and back again can produce up to 864 TB of data for that flight. If that number is expanded to include the typical number of commercial flights in the sky over the US on a given day (~28,000) times an entire year, then the amount of date is closer to 8,830,000,000 TB.

The IOT movement goes beyond improving aircraft engine performance and maintenance to include almost every other aircraft subsystem. Consider the avionic communication subsystem, which traditionally transfers data up to a maximum of 12.5 KB/s up to more modern Boeing 787s and Airbus A350s Ethernet-based aircraft data networks that achieve rates up to 12.5MB/s.

Now, these same sensor and connectivity systems could be used to help sensor COVID-19 and track it migration. For example, existing and newer IR sensor systems might be used to scan the health vitals of passengers disembarking a plane. Gathering such mission critical data will require a migration of analytic processing capabilities from the cloud to the edge to reduce latency and allows for more immediate response times. Edge processing also allows critical applications to function even when network connectivity is down or degraded. Fortunately, the growth of IOT edge computing systems should be more than capable of handling this requirement.

Airports are also to use IoT to deal with the COVID-19 crisis. One example is London City Airport, is developing an interconnected sensor network and data hub to track and understand passenger flow and behavior in the airport. The project enables them to measure passenger journeys (via a sensor/camera network tracked individuals through the airport), track assets (GPS, 3G and Wi-Fi devices) and deliver location-based services to customers.

Other airports - DFW International Airport, for one - use sensors to monitor the number of people in the security queue and extrapolate real-time wait times. This capability is also being used by major grocery stories, such as Kruger. In either case, the data is then streamed to overhead monitors that keep passengers informed and reduce anxiety. This information can also be used by officials watching for time frames when people will be more clustered together – a known factor in the spread of COVID-19.

Miami International Airport is using beacon technology to pinpoint passenger’s location within a terminal. Initially, this was meant to aid passengers via a smartphone app as to the best way to find their departure gate or the closest amenity, like restaurants or restrooms. Of course, this is another technology that could potentially be used to track the coronavirus.

Technology previously used to improve air quality in smart office buildings. In 2018, the EPA reported that Americans were spending 90% of their time in buildings where the concentrations of some pollutants are often two to five times higher than typical outdoor concentrations. The move common pollutants found in office buildings include carbon monoxide, particulate matter, mold, and a variety of organic compounds from products and materials.

It won’t be too long before we have reliable sensors that measure the presence of COVID-19. The University of Utah electrical and computer engineering professor Massood Tabib-Azar recently received a $200,000 National Science Foundation Rapid Response Research (RAPID) grant to develop a portable, reusable coronavirus sensor that people can always carry with them. The sensor, about the size of a quarter, works with a cellphone and can detect COVID-19 in just 60 seconds.

According to the university website, the sensor would use single-strand DNA called aptamers in the sensor that would attach to the proteins in the COVID-19 virus molecule if it is present. A person would plug the small sensor into the cellphone’s power jack and launch an app made for the device. To test for the presence of the virus, the user would place a drop of saliva on the sensor, and the results would appear on the phone. It is designed to also test for the virus on the surface of something, like a table or desk, by brushing a swab on the surface and then on the sensor. And it might be able to detect the presence of COVID-19 in floating microscopic particles in the air in enclosed spaces such as an elevator (while the virus is currently considered not airborne, studies are being conducted to determine if minute particles of the virus can hang in floating droplets in the air.)

If such air detection is possible, then systems such as this one might have application on aircraft and in airports, among many other areas.

These are but a few examples of the ways in which existing IoT technology could be used by airlines and airports to mitigates the effects of the coronavirus. Existing IOAT sensor and network systems may have already laid the groundwork to support new sensors in fight against COVID-19.

Film Awakens New Interest In Amazing Seaplanes. Is It Smooth Sailing Ahead?
Sep 16, 2021

Space Market Is Poised for Growth. But What Industries Will Benefit First?
Sep 08, 2021