Why No Consolidation in the 3D Printing Market? 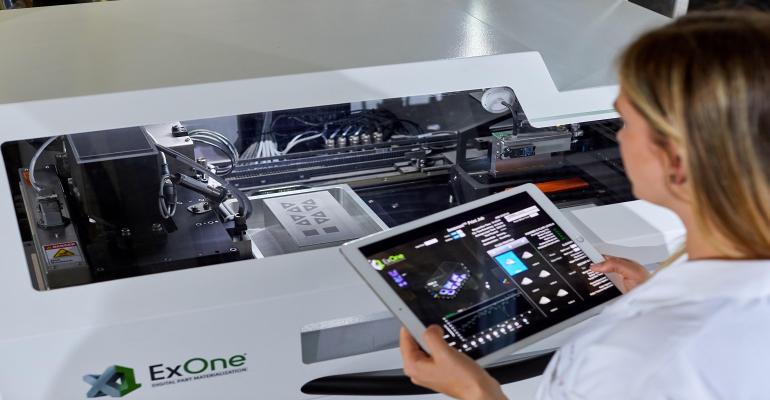 For a decade analysts have predicted major consolidation in the 3DP market. IDTechEx explains why it’s missing.

In a recent report, IDTechEx asked the question: Why is the 3D printing market not consolidating? Analysts have been predicting a significant consolidation for 10 years. So what gives?

IDTechEx noted that major acquisition moves by leading companies like Stratasys and 3D Systems seemed to suggest the beginning of consolidation. That was back in 2010 and 2012. While 3D Systems completed 13 acquisitions between 2011-2012, it didn’t result in a market trend toward consolidation.

The report goes on to explain that over the next decade, those early signs of consolidation didn’t bloom. Instead, new companies like Carbon, Formlabs, and Desktop Metal expanded the range of 3D printing technologies. They “grew to become headline-catching unicorns of the additive manufacturing market.” Other established companies like HP and GE threw their hats into the 3D printing ring. Now in the 2020s, mergers and acquisitions have again raised expectations of consolidation. IDTechEx noted that it’s just not happening.

We caught up with Sona Dadhania, technology analyst at IDTechEx and the author of the report to get insights into why the 3D printing market has not yet truly consolidated.

Design News: How are 3D printing companies expanding customers and technology? Is there some consolidation occurring?

Sona Dadhania: It should be noted that within additive manufacturing, companies are choosing to acquire other companies to expand their technology portfolio, materials options, and customer base. For example, 3D Systems acquired Kumovis, Titan Robotics, and do polar in 2022, while in August 2022, Stratasys acquired Covestro Additive Manufacturing. In 2021, Desktop Metal acquired six different companies, amongst them binder jetting printer manufacturer ExOne. However, such acquisitions are not the sole source of growth for most companies in additive manufacturing.

Most companies are focusing on expanding customers within established verticals, such as healthcare and aerospace, and reaching new customers in industries still in the initial stages of 3D printing adoption, such as consumer goods. IDTechEx forecasts that this expansion will lead the 3D printing industry to surpass $41 billion by 2033.

One important strategy for customer expansion is expanding materials options for 3D printing to include higher-performance polymers and metals for more demanding applications like space. Expanding the additive materials portfolio is critical for additive manufacturing to reach its full potential; engineers will require a diverse toolkit of materials to tackle different applications and challenges. Additionally, numerous companies are developing new printing technologies whose advantages compared to incumbent technologies make them better suited for certain applications.

DN: Is there something unique to 3DP that discourages consolidation?

Sona Dadhania: One unique aspect of additive manufacturing is the amount of innovative 3D printing technologies coming to market every year. The industry has not been content with the seven classic printing processes, with many improvements on incumbent technologies and brand-new technologies being commercialized in the past five years, such as selective thermoplastic electrophotographic process (STEP), multi-material jetting, viscous lithography manufacturing (VLM), etc. Importantly, these printing technologies are generally not coming from established market leaders but from start-ups, who are receiving significant public attention and investment interest.

Additionally, end-users are thinking more critically about the value-add that 3D printing brings to their business and supply chain, whether it be as a source of custom tools, jigs, and fixtures; as a method for building complex designs otherwise impossible to achieve; or as a production tool capable of manufacturing at many different volumes. Several companies have formed to address these new applications, some in specific verticals and others with disruptive business models. For example, it is becoming increasingly popular for the inventors of new printing technologies to keep their technology in-house to do contract manufacturing for end-users, rather than selling their printers. Many end-users are approaching these newcomers for their applications rather than incumbent players. This again indicates that the 3D printing industry is not consolidating.

DN: Is it just too early in the growth of this industry for major consolidation?

Additionally, global supply chain disruptions are presenting interesting opportunities and challenges for 3D printing. On one hand, the crisis is popularizing the concept of distributed manufacturing, of which additive manufacturing is a central component. On the other hand, these disruptions make it difficult for 3D printing companies to do business globally, by making the shipments of goods more time-consuming and costly. It remains to be seen whether 3D printing companies as a collective can capitalize on this opportunity to grow the additive manufacturing industry.