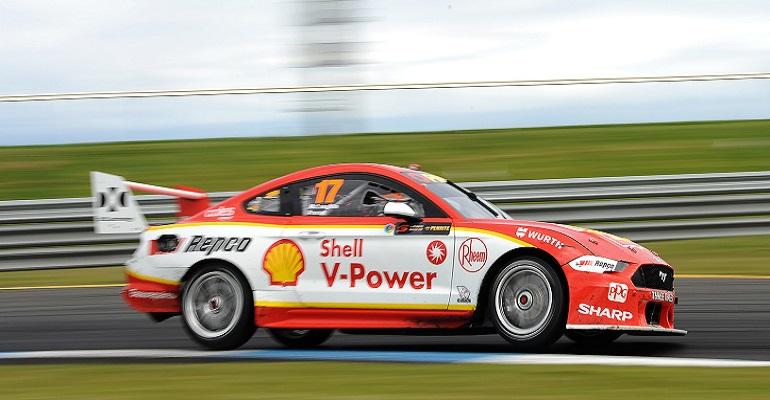 Penske and Stratasys have extended their technical partnership to include 3D printing for tooling, parts, and prototyping.

Penske began using 3D printing two decades ago, mostly for simulation. “When we first started using 3D printing in the early 2000s, we were mainly using it to support our wind tunnel model program,” said Matt Gimbel, Team Penske’s production manager. “Since then, it’s evolved into many different things. It’s evolved into jigs and fixtures, washout tooling in our composites department, and race car components.”

In the weekend-by-weekend world of racing, any changes to vehicles or pit equipment have to be produced and tested with extreme speed. According to Penske, the Stratasys additive manufacturing technologies have made a big difference in the team’s ability to create parts quickly. “The Stratasys partnership has allowed us to not only increase our output, but it has also helped us produce parts in new materials that are immediately installed on race cars,” said Gimbel. “As a result, we have more design freedom and manufacturing speed to iterate faster to reach the optimum design. Ultimately we get better parts to the racetrack faster.”

Penske has gone from two Stratasys 3D printers to four. The team now has three sophisticated FDM 3D printers supporting advanced materials – a Stratasys F900, Fortus 450mc, and Stratasys F370 – primarily for tooling, fixtures, and end-use parts for cars. The team also has one PolyJet Technology-based J750 3D Printer for prototyping. All of the equipment is installed at the Team Penske facility outside of Charlotte, N.C. Stratasys supports the team with advisory and technical services aided by cloud-based GrabCAD Print software.

The efficiencies gained from FDM 3D printing have improved performance for Team Penske, from fast turnaround time for parts to having developmental bandwidth at the ready. Previous options to produce composite layup tooling were limited to the team’s CNC machining technology. Now, Team Penske is largely using FDM 3D printers to accomplish what used to be done through machining. 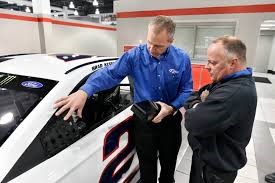 Gimbel noted that an idea on Tuesday can be in the car on Wednesday and ready for the weekend race. Race teams also are increasingly using 3D printed parts in the cars themselves, particularly using Nylon12 Carbon Fiber. Common 3D-printed in-vehicle parts include brackets, mounts, and applications of new designs such as the side mirrors of NASCAR cars. Performance gains are not only achieved on the racetrack; Team Penske also uses 3D printed parts for pit crew equipment.

Ultimately, the speed of producing pasts becomes a competitive factor. “If we can’t get things done as quickly as we need to, then we’re losing to another team that can get their improvements to the race track faster,” said Gimbel. “3D printing allows us to take those ideas and turn them into actual parts, parts that maybe couldn’t even be made by any other manufacturing methods, and get them to the race track.”