Smart 3D Printed Objects? They Know What You Need From Them 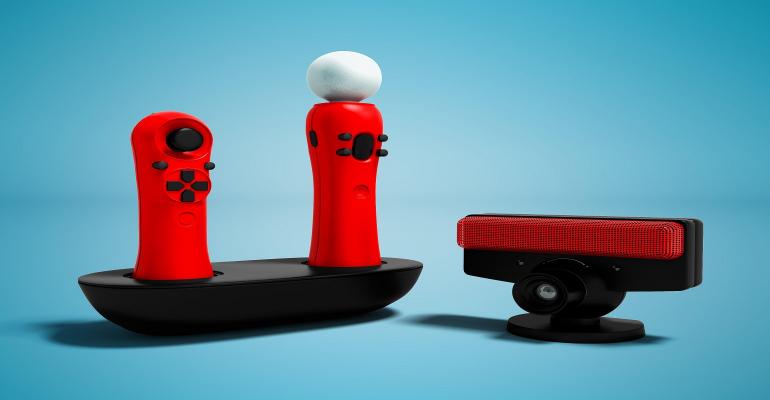 Researchers have developed a 3D-printing method that can create objects with sensing capabilities that enable them to know how people interact with them.

A team of researchers from MIT created the process, which builds into objects mechanisms that can detect how force is being applied to an object using metamaterials. The process paves the way for new designs in computer-game controllers, smart furniture, and other applications.

“Metamaterials can support different mechanical functionalities,” explained Jun Gong, a former visiting PhD student at MIT who worked on the research and is now a research scientist at Apple. “But if we create a metamaterial door handle, can we also know that the door handle is being rotated, and if so, by how many degrees?”

The structures that the process prints—which are comprised of a single material—can sense this type of movement, he said. “If you have special sensing requirements, our work enables you to customize a mechanism to meet your needs,” Gong said in a press statement.

To accomplish this, the researchers integrated electrodes into structures made from metamaterials or materials divided into a grid of repeating cells. They also created a companion editing software that facilitates the creation of these interactive devices.

Metamaterials are comprised of a grid of cells, so when a user applies force to a metamaterial object, some of the flexible, interior cells stretch or compress.

It’s this aspect that researchers used in their work, developing “conductive shear cells”--or flexible cells that have two opposing walls, they said. One wall is made from the conductive filament that functions as electrodes, and the other two walls are comprised of non-conductive filament.

When a user applies force to the metamaterial mechanism, the conductive shear cells stretch or compress. This changes the distance and the overlapping area between the opposing electrodes, which can be measured and used to calculate various aspects of those applied forces using capacitive sensing, researchers said. Some of those measurements include the magnitude and direction of the applied forces, as well as rotation and acceleration.

To demonstrate this, researchers developed objects that show how they can sense user interaction using the metamaterial structure.

One object was a joystick with four conductive shear cells embedded around the base of the handle in each direction to signify up, down, left, and right. To fabricate the flexible input device, researchers 3D-printed it in one piece with copper-colored sensing electrodes integrated into its structure.

The joystick can sense the direction and magnitude of each applied force as the user moves its handle, values that can be converted to inputs for a game of PAC-MAN.

The team also created a music controller designed to conform to a user’s hand. When the user presses one of the flexible buttons on the device, it compresses conductive shear cells within the structure. This allows the controller to sense the input, which is then sent to a digital synthesizer.

The key to designing these objects using the process is a 3D editor that the researchers developed called MetaSense, they said. The software allows users to manually integrate sensing into a metamaterial design or can automatically place the conductive shear cells in optimal locations.

“The tool will simulate how the object will be deformed when different forces are applied, and then use this simulated deformation to calculate which cells have the maximum distance change,” explained Gong in a press statement. “The cells that change the most are the optimal candidates to be conductive shear cells.”

However, while the tool facilitates the design and development of metamaterial sensing objects, it doesn’t solve all the challenges that come with printing such complex structures.

One issue is that in a typical multi-material 3D printer, one nozzle would be used for non-conductive filament and one for conductive filament. However, these two materials most likely have different properties, researchers said. This requires tuning of print parameters in terms of the ideal speed, temperature and the like to optimize the use of both materials.

This is actually one of the problems researchers would like to solve in the future by improving the algorithms behind MetaSense, Gong said.

Researchers also hope to create large mechanisms with hundreds or thousands of conductive shear cells, which could enable high-resolution, real-time visualizations of how a user is interacting with an object, he added.

Researchers will present a paper on their work at the Association for Computing Machinery Symposium on User Interface Software and Technology next month.