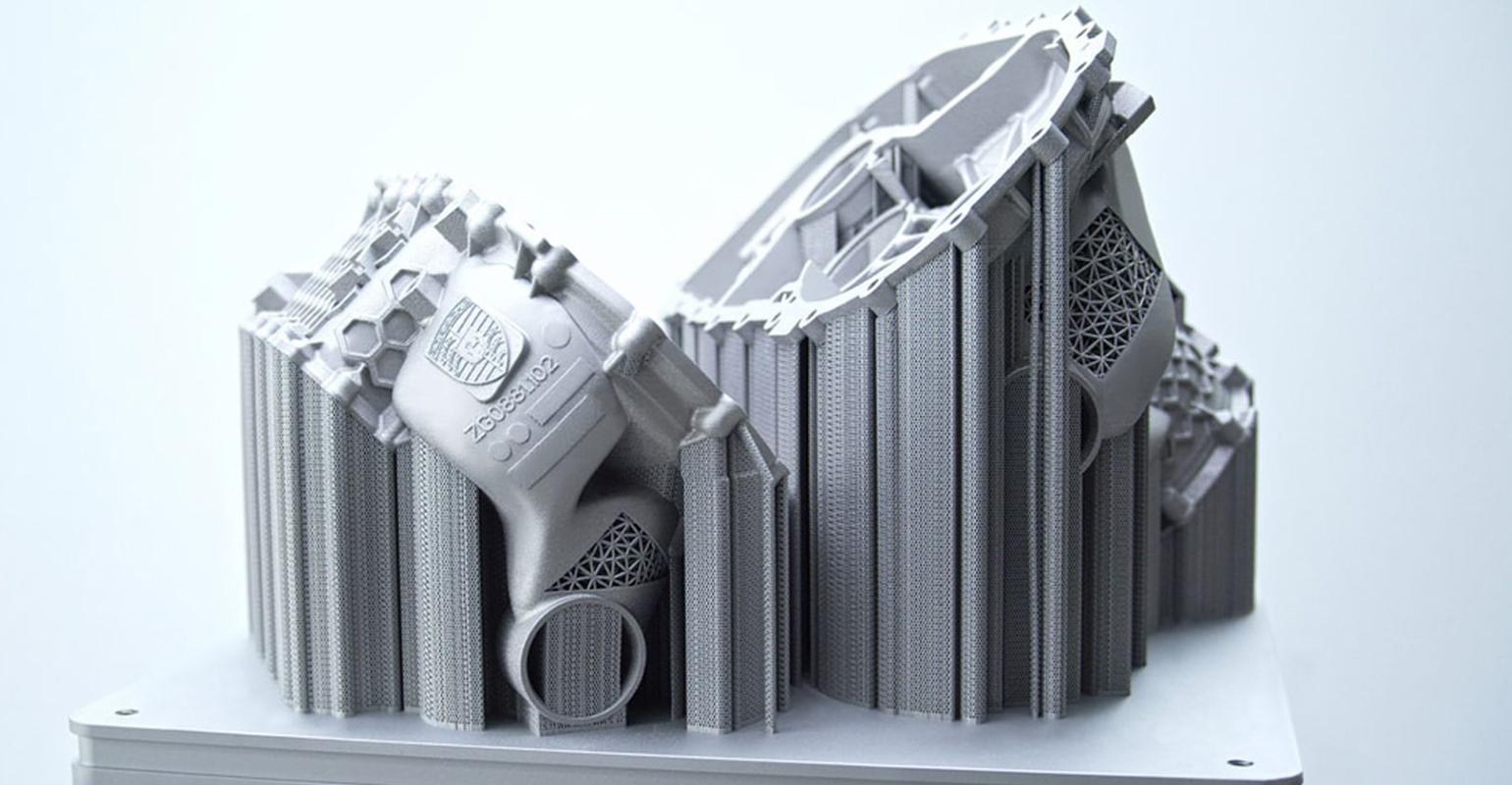 Porsche announced its first 3D printed housing for an electric drive. The engine-gearbox unit produced using the additive laser fusion process passed all the quality and stress tests without any problems, said the company.

“This proves that additive manufacturing with all its advantages is also suitable for larger and highly-stressed components in electric sports cars,” said Falk Heilfort, Project Manager, Powertrain Advanced Development, at the Porsche Development Center in Weissach, Germany. “It is conceivable that the optimized electric drive could be used in a limited-edition super sports car, for example.”

Related: A Plethora of Porsches: The Legendary 911 Turbo Over the Years

Engineers in the Advanced Development department were able to carry out several development steps at once with the prototype, said Porsche. The additively manufactured alloy housing is more lightweight than a conventionally cast part, reducing the overall weight of the drive by approximately 10%. Thanks to special structures that have only become possible because of 3D printing, the stiffness in highly stressed areas has been doubled. Another advantage of additive manufacturing is the fact that numerous functions and parts can be integrated. This considerably reduces assembly work and directly benefits part quality.

Porsche is intensively driving forward the use of additive manufacturing for optimization of highly-stressed parts. A few months ago, new printed pistons successfully proved themselves in the 911 GT2 RS high-performance sports car. The housing for a complete electric drive now developed also fulfils strict quality requirements. The downstream two-speed gearbox is integrated in the same housing as the electric motor. This highly integrated approach is designed for use on the front axle of a sports car.

The flexibility of 3D printing makes possible designs in almost any geometry. Optimization of the electric drive started with the design integration of components such as bearings, heat exchangers, and oil supply. This was followed by the computer-calculated definition of loads and interfaces. Determination of the load paths then took place on this basis. The next step in the virtual development method was optimization of load paths by integrating so-called “lattice” structures, which take their cue from nature and can be seen in similar form in bones or plants.

“We were able to expand and improve our software solutions and methods for creating such parts and are now able to virtually implement them in a very short space of time,” explained Porsche’s Sebastian Wachter. “When combined with artificial intelligence, interesting approaches for optimizing development methods arise for the future.”

The weight of the housing parts was reduced by approximately 40% thanks to the integration of functions and optimization of the topology. This represents a weight savings of around 10% for the entire drive because of the lightweight construction while significantly increasing stiffness. Despite a continuous wall thickness of only 1.5 mm, the stiffness between the electric motor and gearbox was increased by 100% because of the lattice structures.

The honeycomb structure reduces oscillations of the thin housing walls and, thus, considerably improves the acoustics of the drive as a whole. The integration of parts made the drive unit more compact, significantly improved the drive package, and eliminated around 40 steps in assembly work. This is equivalent to a reduction in production time of approximately 20 minutes. An additional benefit, said Porsche, is that the integration of the gearbox heat exchanger with optimized heat transmission improves the cooling of the drive as a whole, a basic requirement for further increases in performance.