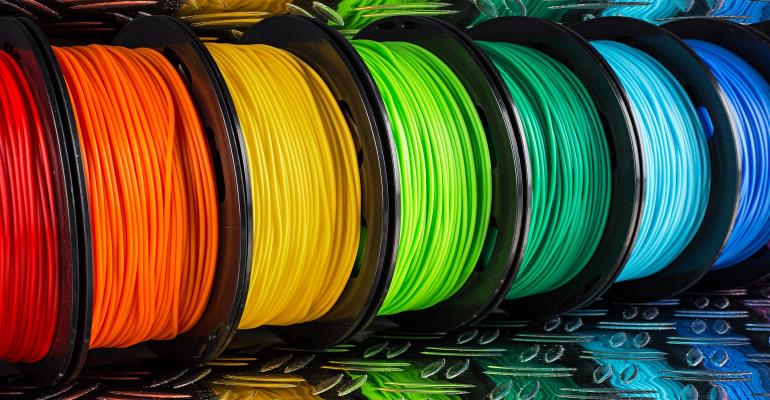 The 3D printing method paves the way for novel applications in pharmaceuticals and even could be used to fabricate batteries.

Typical plastic 3D printing processes turn liquids into solids. Now researchers have invented a way to integrate materials directly into the process to fabricate an object with both solid and liquid elements.

The method, invented by chemists at Martin Luther University Halle-Wittenberg (MLU), in Germany, paves the way for applications such as the incorporation of active medical agents in pharmaceutical products or the integration of luminous liquids in materials to provide damage monitoring, researchers said.

Typically to include liquid components to a finished 3D-printed product, it is added after the product is fabricated, said Professor Wolfgang Binder from the Institute of Chemistry at MLU, one of the leaders of the work. 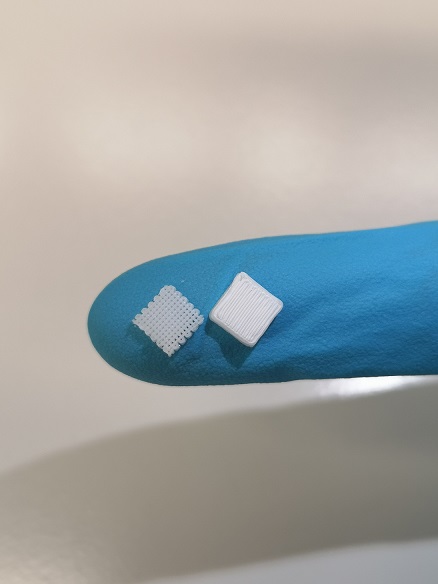 Researchers have developed a 3D printing process that allows for a combination of both liquid and solid material in the finished process. Pictured shows the inside of the 3D-printed material (right), with a lattice structure (left) containing the added liquids.

However, for 3D printing to evolve, it must integrate more complex methods that combine several production steps. "That is why we were looking for a way to integrate liquids directly into the material during the printing process,” Binder said in a press statement.

To achieve this goal, Binder, working with colleague Professor Harald Rupp—married common 3D printing processes with traditional printing methods, such as those used in inkjet or laser printers. The new method adds liquids drop by drop in a specified location during the extrusion of the basic material, which allows them to be “printed” directly into the product as it’s forming, they said.

The team printed two sample objects to prove their process works. In one, an active liquid substance was integrated into a biodegradable material. "We were able to prove that the active ingredient was not affected by the printing process and remained active," Binder explained in a press statement.

This example shows how the pharmaceutical industry might use the process to deliver medications using biocompatible materials that dissolve inside the body as they break down.

In the second example, the researcher integrated a luminous liquid into a plastic material that—when it becomes damaged—leaks, indicating where the damage has occurred. This shows how the process can be used to create ways to indicate if a product or part has been damaged or open, Binder noted.

“You could imprint something like this into a small part of a product that is exposed to particularly high levels of stress," he said in a press statement, adding that it could be helpful to indicate the health of parts in cars or aircraft that are under a lot of strain to increase safety. It also might be used in the packaging of hazardous or sensitive materials to show if they’ve been damaged in transport.

Researchers published a paper on their work in the journal Advanced Materials Technologies.

In addition to the examples they demonstrated, the team envisions other uses for the process. One could be to print battery parts, which tend to use combinations of both liquid and solid materials that are typically produced separately. However, to do this, the next step for researchers to further develop the process must be to move it to the industrial or commercial space to meet the needs for more widescale printing.

"Larger quantities cannot be produced in the laboratory with our setup," Binder explained.