3D Printing Defects Got You Down? Island Scanning Won't Solve it All 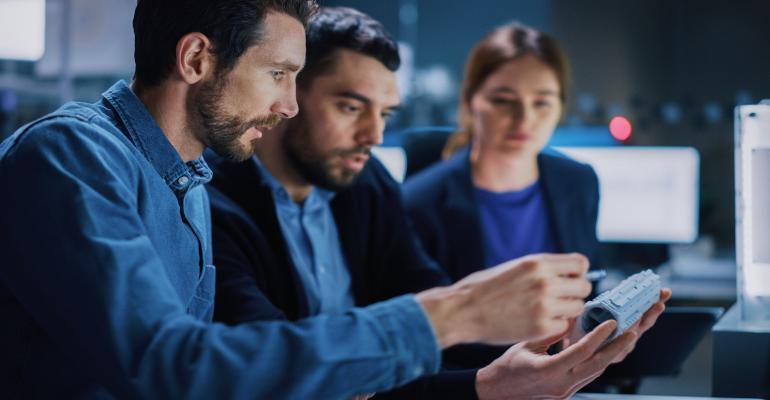 Island scanning is not the optimal way to reduce residual stress in parts and does not work in all scenarios, according to NIST and other researchers.

Researchers have discovered that a technique they’ve been using to prevent defects in 3D-printed metal parts may actually not be the promising solution that it’s cracked up to be.

A collaborative team of researchers from the National Institute of Standards and Technology (NIST), Lawrence Livermore National Laboratory, Los Alamos National Laboratory, and other institutions has found that a printing pattern called “island scanning” often used in industry to decrease residual stress in metal 3D printing is not a cure-all and should only be used in specific circumstances. Residual stress is a byproduct of the repeated heating and cooling necessary to fabricate 3D-printed metal parts, one that can create defects in finished parts and even damage printers. 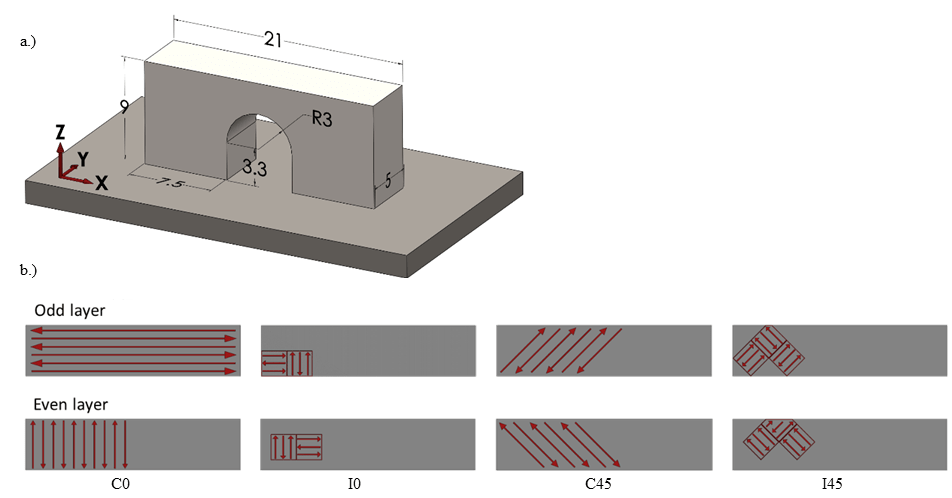 Using a laser-based method, researchers at the National Institute of Standards and Technology (NIST) and other institutions 3D-printed four miniature metal bridges, each made with a different printing pattern (rows a-d). The team measured the levels of tension (red) and compression (blue) within the bridges in three different directions, identifying high levels of vertical tension along the edges of some specimens.

Island scanning is mainly in laser powder bed fusion (LPBF), a common metal 3D-printing process in which a laser scans over a layer of metal powder in a predetermined pattern, melting and fusing particles at the surface together. As the molten metal cools into a solid, a stage supporting the material lowers and the printer adds a new coat of powder on top. In this way, the laser can build the part from the top down.

It’s typically in the second layer of a metal-part build that residual stress can begin to show up, researchers said. Metals used in this process cool quickly, so by the time a new layer is being heated up, the metal from the previous layer is already solid. The melted layers contract inward as they cool, which pulls on the solid metal below and creates stress in a process that repeats with each layer until the part is complete. This permanently locks stress into the solid metal, NIST materials research engineer Thien Phan said.

“You end up with an incredible amount of residual stresses inside your piece,” Phan, one of the scientists who worked on the research, said in a press statement. “So it's sitting there, tearing itself apart. The residual stress could crack the part and lift it up during the build, which could actually crash the machine.”

Island Scanning to the Rescue?

The most straightforward printing pattern in LPBF is a continuous scan, in which the laser scans back and forth from one end of the part to the other. However, researchers have turned to island scanning as an alternative, melting small sections, or islands, of metal one at a time rather than an entire layer. This typically results in less metal contracting at the same time, which in theory should reduce the overall stress of the finished product.

However, while island scanning is a popular technique with manufacturers, research around how well it works has been inconclusive. Moreover, researchers have never made a complete connection between scanning strategies and their effect on residual stress.

The recent study set out to do a deeper dive into how, if at all, island scanning reduces residual stress, and in what instances. And what researchers found is that it’s not a full-proof strategy that works for all types of metal or scenarios in LPBF processes.

To test island scanning, researchers printed four titanium alloy bridges just over two centimeters (0.8 inches) in length using either continuous or island scanning, with lasers running along their length and width or at a 45-degree angle.

While on the surface the bridges looked similar coming out of the printer, using high-energy X-rays generated by a powerful tool called a synchrotron, researchers discovered the nuances of the parts that gave them more specific detail about the results.

By measuring the wavelengths of X-rays that reflected off the metal, the team extracted the distances between the metal atoms with high accuracy to calculate stress; the greater the distances, the more stressed the metal was. They used this info to generate maps showing the location and degree of stress throughout the samples.

While all the samples contained stresses close to the titanium alloy’s yield strength, which is the point at which a material undergoes permanent deformation, the maps showed something else that surprised researchers. The parts made using island scanning had large stresses on their sides and tops that the continuous scan samples did not have.

“If island scanning is a way that industry is trying to mitigate these stresses, I would say, for this particular case, it is far from successful,” observed NIST physicist Lyle Levine in a press statement.

To test further, researchers detached a leg of each bridge from the metal base plates it was stuck to and measured the distance the legs sprung upward--another indicator for how much residual stress was stored inside of the arch of each bridge. In this example again the samples made using island scanning performed poorly, with the legs of the bridges made in this way deflecting by more than twice as much as the other samples.

Researchers published a paper on their work in the journal Additive Manufacturing.

The team concluded by its study that island scanning may not be well-suited to all metal parts as a solution to residual stress. However, it still can work in some circumstances, though manufacturers should use computer models to decide which parts would be best suited to using this solution.