In 2023, 3DP Will Become Fully Entrenched in Manufacturing 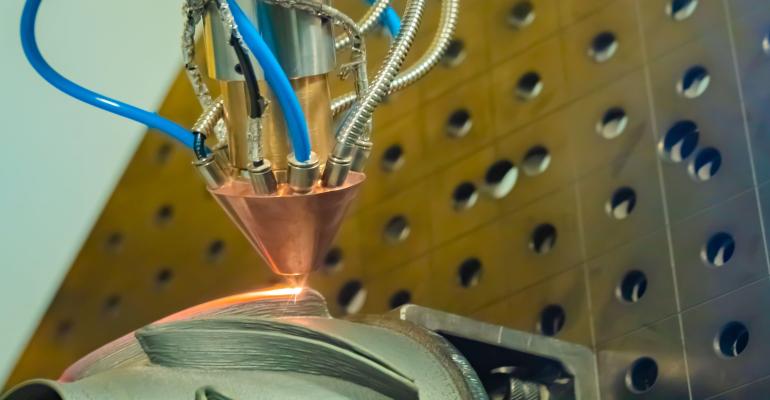 In the coming year, we’ll see overwhelming evidence that additive manufacturing has graduated from a prototype tool to a widely accepted go-to production method.

Five years ago I was told that 3D printing would never become a valid form of production. The materials were weak, the process was slow, and post-processing was burdensome. Then everything changed. COVID was a significant marker – coming to the rescue with PPE and ventilators – but the acceptance of 3DP was inevitable. There are just too many advantages to ignore.

When the aerospace industry embraced additive manufacturing as essential – which included the blessing of the FAA – the balance of big industry began to include the process in near-future plans. We caught up with Ryan Martin, CEO of Fathom Digital Manufacturing, to get his view of 3DP going forward. Fathom works with Fortune 500 companies across multiple industries to help develop and plan the manufacturing of products.

Design News: You’ve said that supplier consolidation is becoming more important to manufacturers. How does that play out in 3DP?

Ryan Martin: We’re seeing large enterprise customers who are product-driven. They want to know how to do more with fewer suppliers. They want to streamline their process. They want suppliers to have 3D printing capability, from low-volume production to high-volume production. They’re moving some of that production into 3D printing. They’re looking for suppliers to do more for them. Additive manufacturing is a key inroad since it brings the benefit of hundreds of different materials. As the technology from 3DP OEMs improves, more customers will stay in with the additive process beyond development and into production.

Related: Additive Manufacturing as Bridge Production and Other Uses

There is still some skepticism about 3D printing. Nobody wants to pay more for a part just because it’s 3D printed. They want added benefits such as lightweighting, part consolidation, or other features. You can’t produce hundreds of thousands of products with additive manufacturing, but you can certainly get the price right with a product run in the thousands.

Aerospace has complex parts with lead times of a year. You may only need 10 of the components. You get a better lead time and lightweighting with 3D printing.

Ryan Martin: Yes, it will continue to expand, especially in medical, aerospace, and defense. Manufacturing your components closer to where the end products are ultimately being assembled makes sense. Customers are looking to do more regionally. New fabs by Intel and Samsung will open in North America in the next one to five years. They’ll be looking to shift to regionally produced components. They’ll source from suppliers in North America. We’re seeing that across multiple industries. That’s especially true with high-value components.

A lot of companies have been contemplating this for a while. COVID opened their eyes. Add to that the Suez Canal block, the supply chain disruptions from the grid failure during the Texas freeze, and the war in Ukraine. The convolution of all of these events makes companies say, “Maybe we need production closer to home.” They’re seeing production held up while they wait for a small part from India and China. We have to build a more resilient supply chain. Companies took production offshore because of price, but they didn’t factor in the impact logistics would have on the business. The high-volume components – where labor is a big factor – will stay overseas. But if you’re producing 5,000 or less, you’ll want to produce it here.

DN: You mentioned that companies are condensing product development lifecycles so they can get to revenue generation faster. Is that part of the attraction of additive manufacturing?

Ryan Martin: Traditional companies are seeing non-traditional companies come in and compete with them. So they’re turning to additive manufacturing to iterate faster and produce the product faster. That will continue to accelerate. To help with this, they’re turning to additive manufacturing, especially now that 3D printing machines are built for repeatability. The transition is occurring now.

DN: What’s in the future for 3D printing in Aerospace?

Ryan Martin: I was part of GE Aviation. We built jet engine components with metal 3D printing. Those parts include flight-critical components. We worked with the FAA to make it happen. GE and Boeing have led the way. There is real value in the ability to consolidate parts and produce a better jet engine. These are high-cost components and they’re low volume, so GE really leaned in with 3D printing.

The aerospace industry has done a lot of work to educate industry. The use cases have become really powerful. Aerospace companies are dedicating their resources to additive. If you can take a pound out of the plane’s weight or get 15% better fuel efficiency – that matters. It makes economic sense to invest in additive manufacturing. Aerospace was an early adopter, and they’ll push other industries into it.