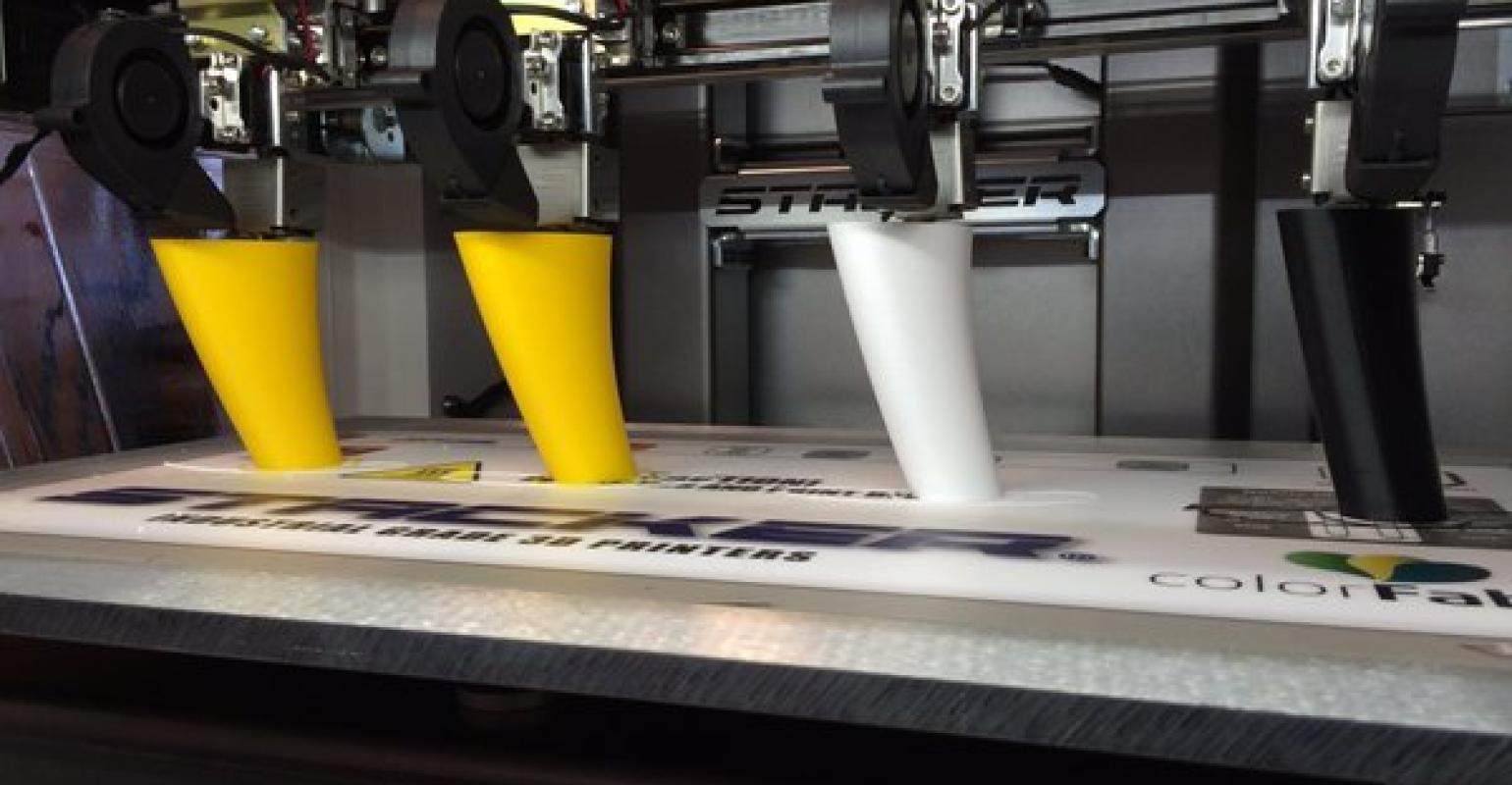 3D printing may soon move beyond just prototypes. Advances in speed, capability, and strength could open to doors for 3D-print production.

While 3D printing has exploded with possibilities over the past five years, there are some tricky issues that hold the process back from leaving its prototyping past and shifting to a full-blown manufacturing process. One impediments is speed. The other barrier is strength when it comes to the commonly used fused deposition modeling (FDM) 3D printing process. 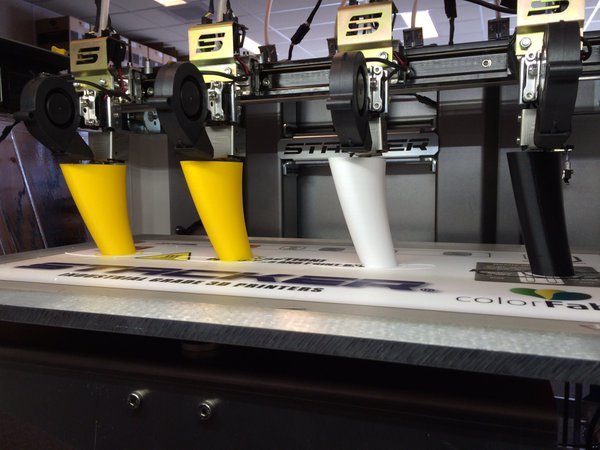 These restrictions have kept 3D printing off most production lines, yet these hurdles may be overcome in the not-too-distant future. Lifting the speed and strength barriers could change the way design engineers view 3D printing. We’re already hearing the rallying cry for 3D print production. “Assume that anything can be 3D printed and move past prototype thinking. Run every idea through a 3D prism,” Norston Fontaine, CEO of Stacker, an industrial-grade 3D printer company, told Design News. “Empower your designers and engineers to create objects specifically drawn for 3D printing. It takes time to become an expert in 3D printing, but it’s worth putting in the time.”

Fontaine was on hand at the Atlantic Design and Manufacturing show in New York in June to explain advances in 3D printing during the session, "What’s Next and New in 3D Printing."

“Seems like everything is getting 3D printed. The cost of industrial-grade printers is coming down, and the cost of printer filament is also getting lower in price. Print accuracy is getting better across the board, and printing is speeding up with multi-head technology,” said Fontaine. “The professional market is moving from prototypes to production printing.”

Fontaine acknowledges that product strength is the major restriction to production-level 3D printing. FDM-produced parts lack the strength of their traditionally produced counterparts. “With FDM, part strength remains the same –still not strong enough for some applications,” said Fontaine.

The Strength and Speed Issue

While 3D printers are capable of creating object that cannot be produced through any other process, many of these objects fall short of the strength of the parts produced by injection molding or machining. “In the world of 3D printing, we have obstacles to face. The most pressing is structural strength. Complicated parts can have thousands of layers stacked upon one another, and this is the weakest link,” said Fontaine. “Layer bonding is simply not strong enough. Until this problem is solved, 3D printing will not fully live up to its potential to become a truly viable alternative to traditional manufacturing processes like injection molding and CNC machined and turned plastics.”

Fontaine see promise in the emerging FlashFuse 3D printing technique that involves electric welding combined with nanomaterial technology to solve the strength issue in FDM printed parts. “With FlashFuse technology, FDM printed parts can be as strong as the base material,” said Fontaine. “Isotropic properties are now a reality, proving equal strength in x, y, and z coordinates, and weak layer bonds are eliminated.”

Fontaine believes that noted that stronger parts will open up new markets for 3D printing. “Accelerated printing of highly functional parts will eventually replace weak prototype parts,” said Fontaine. “With added strength, 3D printed parts will go mainstream in automotive, aerospace, defense, medical and petroleum. Then, 3D printed parts will be as strong as injection molded parts, but without the high setup or mold costs. Plus, they can be easily changed, modified, or customized.”

Image of the multi-headed 3D printer courtesy of Stacker.