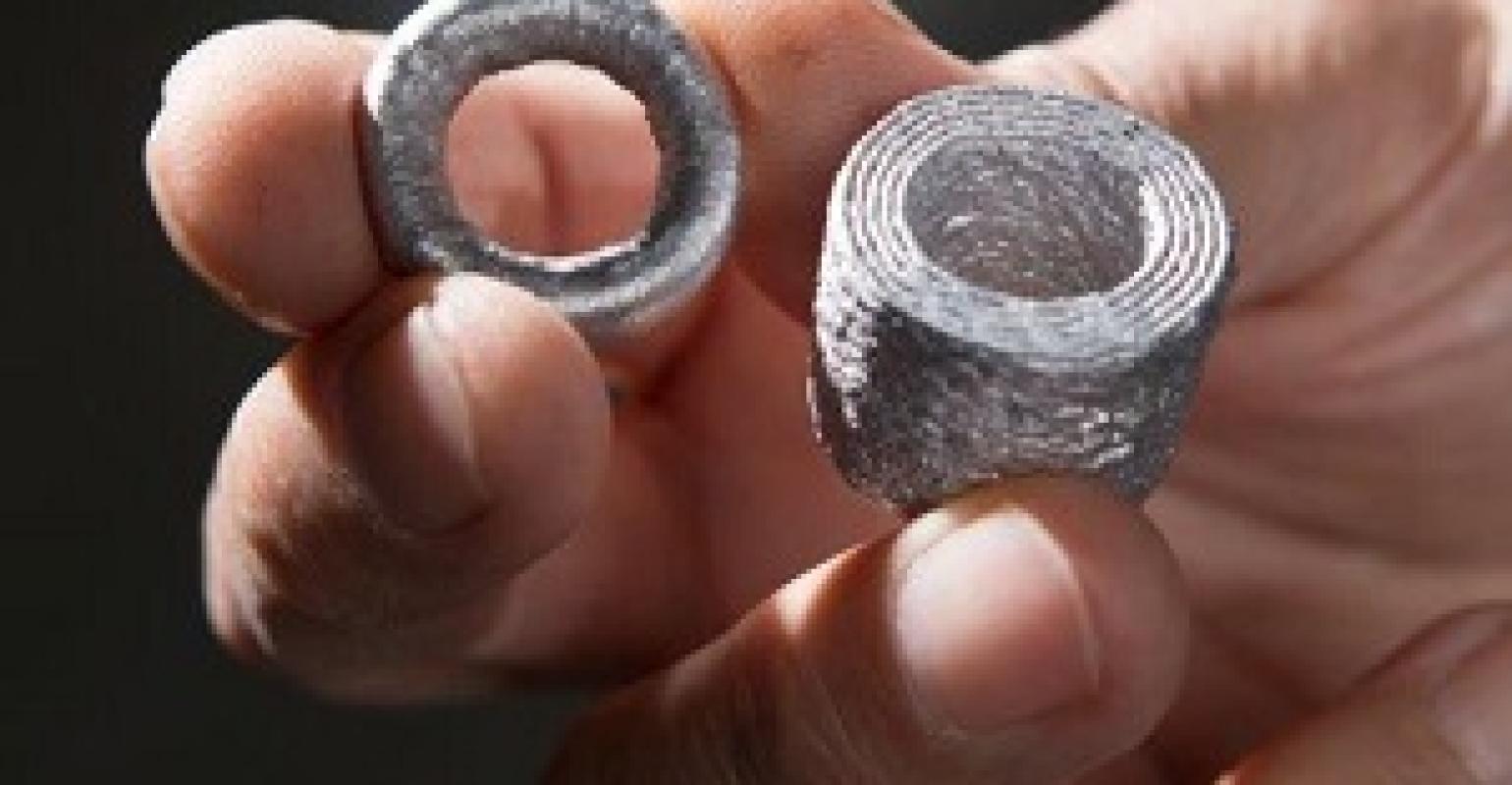 The idea of a teenage inventor who wanted to create a prototype for a project he was working on has developed into 3D printing machine that can print objects out of molten metal and has the potential to transform manufacturing.

Five years ago, then 19-year-old Zachary Vader aimed to 3D-print in metal a proof of concept for a gas turbine generator that he was working on. Vader was a student at the University at Buffalo (UB) at the time.

When he realized that 3D metal printing wasn’t a viable option for the project, he decided to do something about it, inventing his own metal printer with the help of his father Scott, a mechanical engineer.

“We surveyed different approaches, looking for processes that would use the lowest-cost input material and also allow a fast deposition rate,” Scott Vader told Design News. “The direct-jetting process [we settled on] is attractive for both of those reasons.”

The breakthrough in Zachary’s invention came when he thought to expose molten metal in a confined chamber with an orifice to a pulsed magnetic field, the Vaders said. The transient field induces a pressure with the metal that ejects a droplet, which was the key to making droplets of liquid metal eject from a nozzle.
Now Vader Systems is producing and marketing the machine Zachary invented, with the younger Vader serving as CTO of the company. Scott Vader is CEO while Zachary’s mother, Pat Roche, is the company controller.

The machine represents a major leap forward in the ability to print 3D objects in metal, according to University at Buffalo engineers. While other metal printers exist, most use a process of laying down powered metal and melting it with a laser or electron beam. This process is flawed because some particles of the powder do not get melted, creating weakened spots.

In the Vader Systems machine, called the Mk1, an electrically pulsed magnetic field permeates liquid metal in an ejection chamber and creates circulating electrical currents that interact with the magnetic field to produce a pressure that squeezes a droplet out of the ejector nozzle.

“The technology--which we call “MagnetoJet” (patent pending)--is surprisingly simple,” Scott Vader explained. “Metal wire is fed into a heated chamber, where it becomes molten. This molten media is then propelled electromagnetically from a carefully crafted nozzle. The process mimics drop-on-demand inkjet technology and is based upon the principles of magnetohydrodynamics, or the manipulation of conductive fluids using a magnetic field.”

“It’s a transformative technology,” said Edward  Furlani, a professor in UB’s Chemical and Biological Engineering and Electrical Engineering departments. “It’s very exciting, interdisciplinary engineering. I think its application base will continue to broaden and expand for the foreseeable future.”

Vader agreed that the machine is ground-breaking for a number of reasons, in part because the process is both simple and robust.

“Parts can be made very quickly--not just in terms of deposition rates, but also total cycle times,” he explained. “Our current system can print a solid one-inch by one-inch cylinder that is ready to hold in three minutes. Input material costs are also much lower than existing technologies, and the overall machine cost is lower as well. These all increase accessibility. There is no de-powdering after the print, means that enclosed hollows are possible. All of these factors change the business case substantially for manufacturers, allowing metal 3D printing to be used for many more manufactured products than the existing, powder-bed, technologies.”

The Vaders have secured UB engineering faculty and students to work closely with them. Scott Vader reached out to the university after he and Zachary already were working on the invention in the basement of their home. Now the company has three faculty advisors and have won grants from UB’s Center for Industrial Effectiveness and Center for Advanced Biomedical and Bioengineering Technology, as well as and a National Grid grant through UB to further develop and promote their technology.

Vader Systems also has hired several engineers based on its connections to UB, is looking to hire more, and is currently setting up its production facility and business infrastructure in Getzville, N.Y., near Buffalo, Vader said. “Additionally, we’re establishing strategic partnerships and working with our early customers to deliver our first systems,” he said.

That is expected this year, with the company planning to deliver experimental units of the Mk1 that can print aluminum at deposition rates of up to 1 pound per hour to U.S. researchers and early adopter manufacturing partners, Vader said.

In 2018, Vader Systems hopes to release a production-stable version of the Mk1 for manufacturers intended for short-run and specialty production items with the same deposition rate, but also with the ability to print metals such as bronze and copper, he added. That year the company also plans to develop and release a multi-nozzle version Mk2 that will have deposition rates up to 30 pounds per hour, as well as expand into international markets, Vader added.

Manipulating Particles With Sound for Next-Gen 3D Printing and Beyond
May 12, 2021

Bigger Is Not Always Better with 3D Printing but Micro Precision Is Huge
May 04, 2021